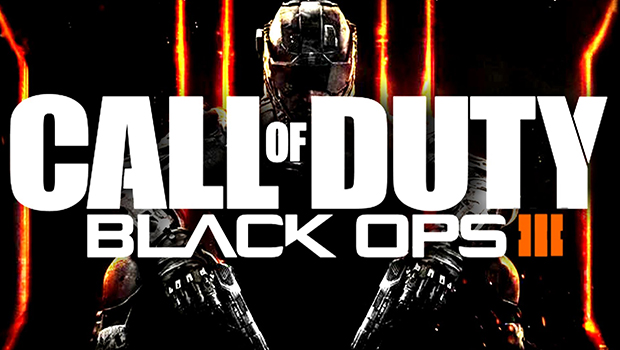 Many await this holiday season for the same reason as the past few years: a new Call of Duty. This time the crew behind the wildly successful Black Ops series is back with Call of Duty: Black Ops III. I had time to sit and play the multiplayer beta, and I must say I was impressed.

The mobility introduced in Advanced Warfare is back and better than ever. With the ability to do super-jumps and crazy running slides the pace is fast and demanding. Not only was it fun to super-jump and wallride around the maps, but it was also crucial for survival. With the increased mobility it was easier and smarter to flank the enemies and run to the next area, but it also makes it easier for them to get the jump on you. I lost many battles simply because I was not moving fast enough and utilizing my mobility as much as I could. The specialists are what really stood out as bringing the series forward. Each character has a special weapon or ability such as a gun that electrocutes enemies, or an arrow that is a one shot kill and makes enemies explode. They are set like an extra killstreak and work a lot like the super abilities in Destiny.

The graphics are gorgeous and really seem like an upgrade from Advanced Warfare.. Be prepared for some intense firefights, with debris flying and bombs going off in a stunning manner. I was extremely impressed with some details, such as a waterfall you can see through if you look close enough and the wood splintering as it gets riddled with bullets. The sound, as usual, is on par for a war game. Guns feel powerful thanks to this, and the boom of the shotguns is satisfying.

There are the standard CoD modes in play; Capture the Flag, Domination, Hardpoint, Kill Confirmed, etc., Team Deathmatch is the same mode as it has in previous installments and nothing has changed. All the modes seem standard as Call of Duty modes and nothing stood out as new or original to this version.

All three maps currently available in the beta unfortunately feel the same. They are all on the small side with really not many areas to use medium-to-long-range weapons effectively. They all have tight indoor areas with some slightly more open outside areas attached. Although they are aesthetically different, Combine stood out as the prettiest and my personal favorite map in the beta. The map is just well laid out and has many tight and winding areas to create intense and fast firefights. Hopefully we’ll see more variation in the final map pool.

The multiplayer beta for Black Ops III is fun and extremely fast-paced. It is staying inline with previous installments but doesn’t seem to be changing up the formula much.

The graphics in Black Ops III make it feel like you’re actually running through the jungle with all the trees, grass, and sounds. The weapons have been graphically overhauled, with more detail than we’ve ever seen before. Shooting mechanics feel natural, and when combined with a slightly slower character movement, provide better accuracy. The double jump feature is back, but better than before as it lasts longer, letting you float more smoothly and it’s all one motion, rather than a few rough ones like it is in Advanced Warfare.  This makes it easier to aim while in the air.  Specialists, the newest feature for the series, have a variety of special weapons and skills that can be earned, each with their own advantages and disadvantages.  There is a longer waiting period to use them, but they are very worth it when you can unleash them on your enemies.  One big downside is that you cannot change the appearance of the Specialists, but you’ll be able to build your own character as you have in previous games.

During my play time with the game, I found that the wall running feature was a great way to avoid enemy fire and grenades. I do have to admit, however, that the grenade blast radius looks more like a firework than a deadly explosive. Weapon accuracy seems to have improved greatly, even when the bullets are flying in every direction.  The compound bow is a highlight, as are the variety of sniper rifles. Flash bangs continue to be effective, stunning enemies where they stand – it’ll be interesting to see how these pan out in the full game. On a final note – I found that this Call of Duty pulls no punches.  Call of Duty: Black Ops III seems to revel in its gore as friends and enemies alike explode when hit with grenade launchers.  It looks like it will earn its M rating and retain its crown as the king of shooters.

Growing up in a small Colorado town, Bryan has always had plenty of time to play games. PC is his first choice of tech followed by the PS4. Graduating at 16 Bryan knew he wanted to be a writer and wanted to combine his love of games into that and found Gaming Trend in 2012 where he quickly became a member and started writing for them as soon as he could. He is still at Gaming Trend, but now has 2 kids, a puppy, and a lot less time to play the games he loves, but he always finds a way to get back into gaming.
Related Articles: Call of Duty: Black Ops III
Share
Tweet
Share
Submit