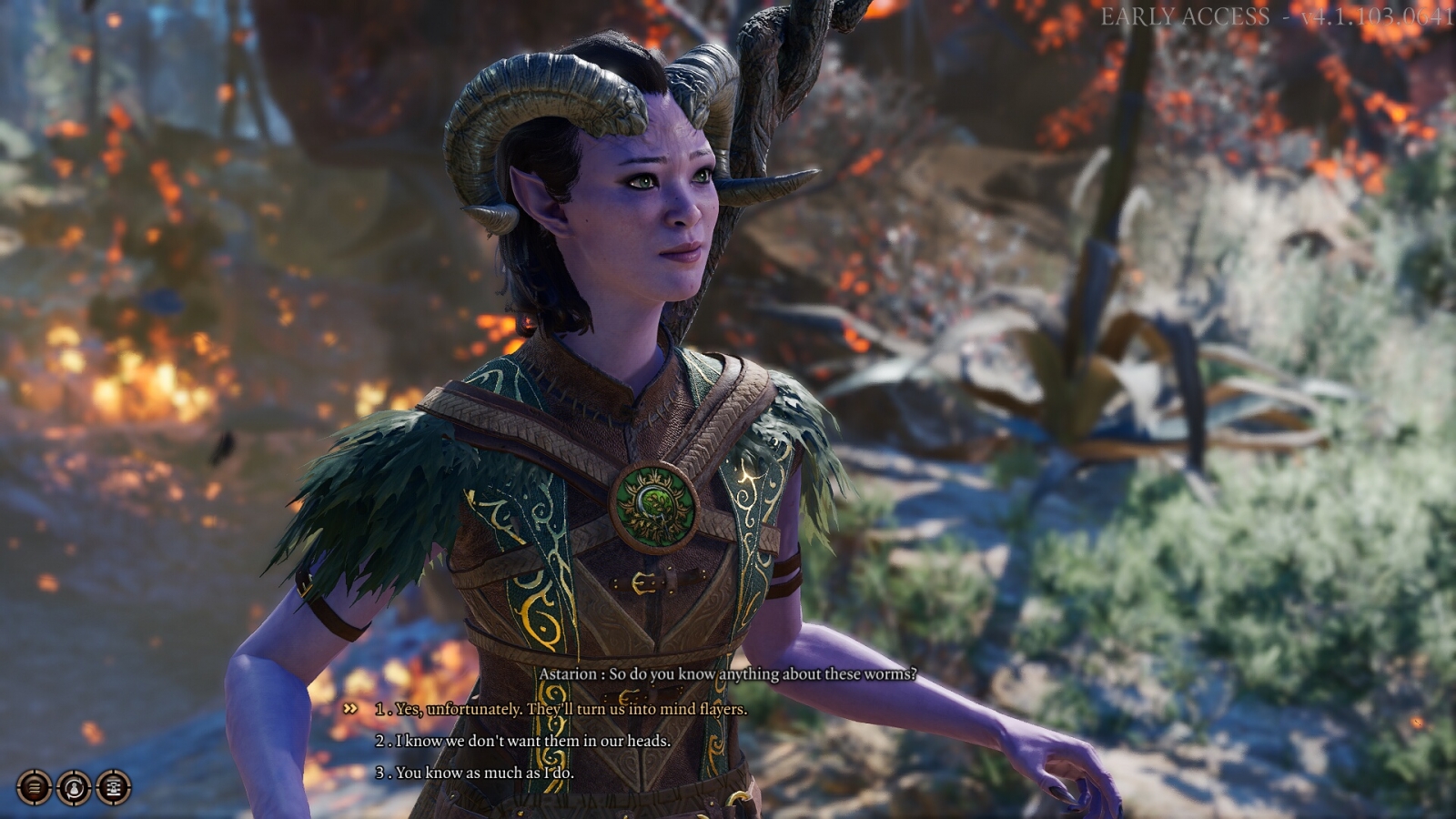 There’s no shortage of Dungeons and Dragons things these days. The game has exploded in popularity these past few years thanks to 5th edition’s accessibility, online shows and podcasts like Critical Role, appearances in popular TV shows like Stranger Things and Community, and the advent of online play through tools like D&D Beyond and Role 20. The only thing really missing are video games. Of course, there have been games based on the RPG in the past like Icewind Dale and the two MMOs, but it’s been too long since we’ve had a proper, single player RPG. I couldn’t imagine a better team for the job than the folks at Larian Studios, who are directly responsible for the hundreds of hours I’ve lost to Divinity: Original Sin II. Baldur’s Gate III launched in early access last year, and our Editor in Chief Ron Burke gave the game a look. It’s been around 8 months since then though, and the game has seen plenty of updates including the addition of my personal favorite class, Druids. So let’s check out how this early access title plays on Stadia.

In my first and so far only playthrough, I made a Tiefling Druid named Thimble, which turned out to be a perfect Race/Class choice as a lot of the story in Act 1 revolves around the conflict of Tiefling refugees hiding from murderous Goblins in a Druid grove. I was very impressed with how many dialogue options took this into account, with my character acting as a sort of mediator between the two groups. Dialogue has always been my favorite part of western RPGs, but Larian is taking it to a whole new level here. Don’t think your party members will just sit back and let you control the conversation though, they’re a very opinionated bunch and can even comment on what’s happening or take control in certain situations. Initially, I was a bit wary of the fact that essentially no one in your party gets along, but in practice it’s a very interesting dynamic and I hope there’s even more interpersonal conflict in the future. I actually missed out on recruiting Wyll to my group because I objected to his method of… introducing himself. Normally I like to experience all the content a game has to offer, but I actually found myself rolling with the punches here as it were. If I failed a roll or skill check it felt less like failure and more like opening up another opportunity. 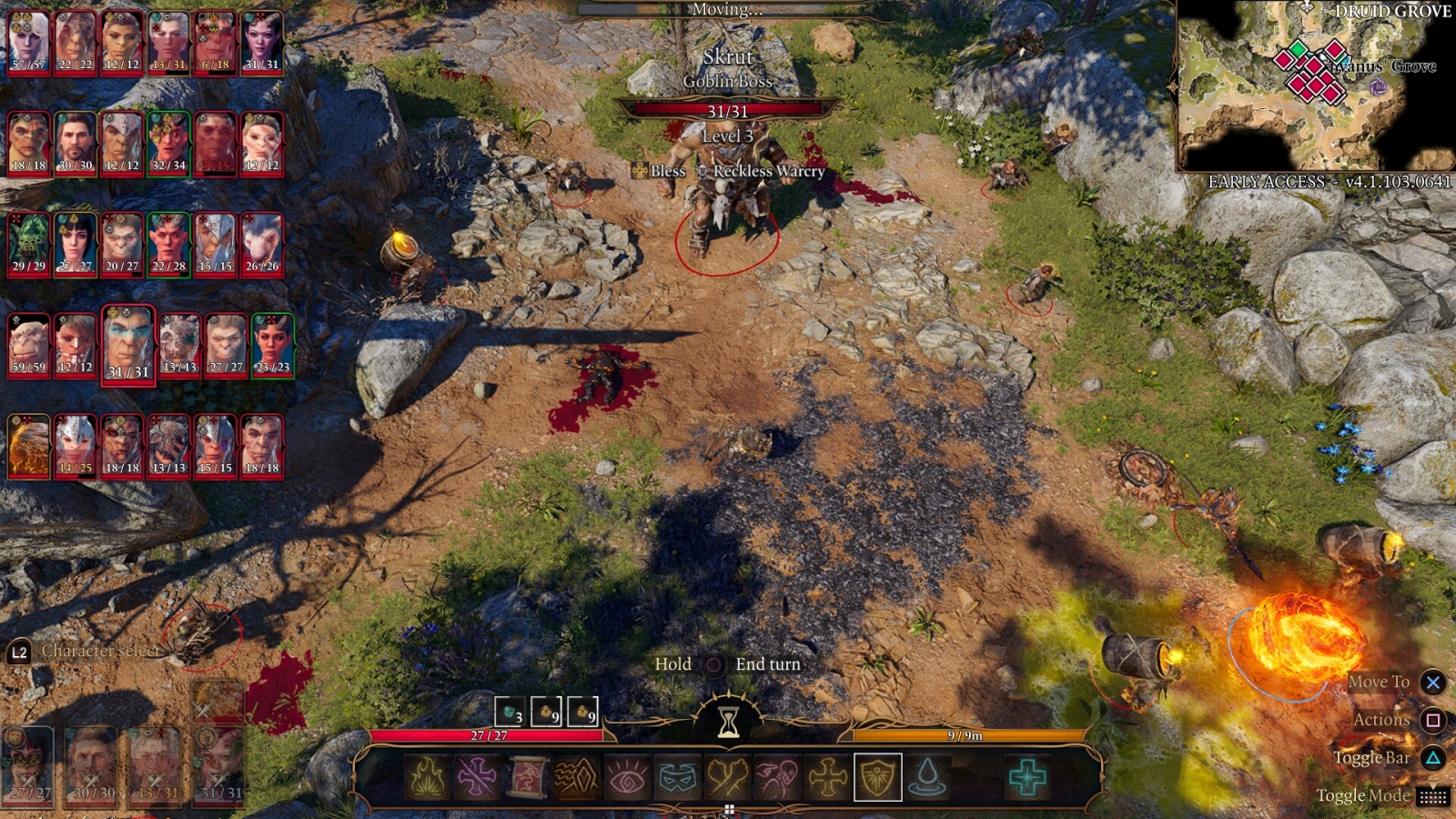 Combat is unlike previous games in the series. Things are entirely turn based this time around instead of the pause combat seen in games like Dragon Age, which is a change I greatly enjoy as I’ve never liked pause combat. If you’ve played 5E DnD, it’s exactly the same here. You have a combat action, a free action, spell slots, everything works exactly the same as its table top counterpart (or so I’m told, I’ve only played DnD once or twice). If you’ve played Original Sin II you’ll feel right at home here with spells and abilities affecting the environment as well. You can smash open an oil barrel and light it on fire, shock some water, or thunderwave your enemies off a cliff. It’s a lot of fun to strategize through, but this is also where the early access problems start creeping in.

The AI’s pathfinding is pretty terrible. I constantly encountered characters who would be “planning” their next action only for them to pass without moving after a minute or so because they were stuck. It can really drag down encounters, which already take quite a while with how much is going on and having to think out your actions. The same applies to your party’s pathfinding, sometimes they’ll find the safest, most efficient route but mostly they’ll just walk right through that pool of acid and die. Occasionally they’ll just give up and stop moving altogether, in particular Astarion had a penchant for standing around quaffing his hair until I sent him back to camp. You can get around this sometimes using a gamepad to take more direct control of your character, but as of writing controller functionality is extremely limited at best. Targeting in combat doesn’t take verticality or depth into account and your cursor will often clip through walls and other geometry. You can use L1 and R1 to toggle between interactables, but that quickly becomes cumbersome with how many objects are closely packed together in a single area. Menus are much more difficult to navigate too, since tooltips just don’t show up most of the time or are activated by different buttons in different situations. In my opinion, controller support needs a big overhaul, perhaps making the game use a more traditional third person camera like when you zoom all the way in. This would make everything much more readable since presumably a gamepad user would be viewing the game from father away. In combat, your movement distance could be represented by a white circle on the ground or just by moving a “ghost” of your character around the field. Using this, targeting could be like aiming in a third person shooter since you usually need line of sight. Of course, I wouldn’t want to sacrifice the possible efficiency of using an overhead view, but this could streamline things a bit. 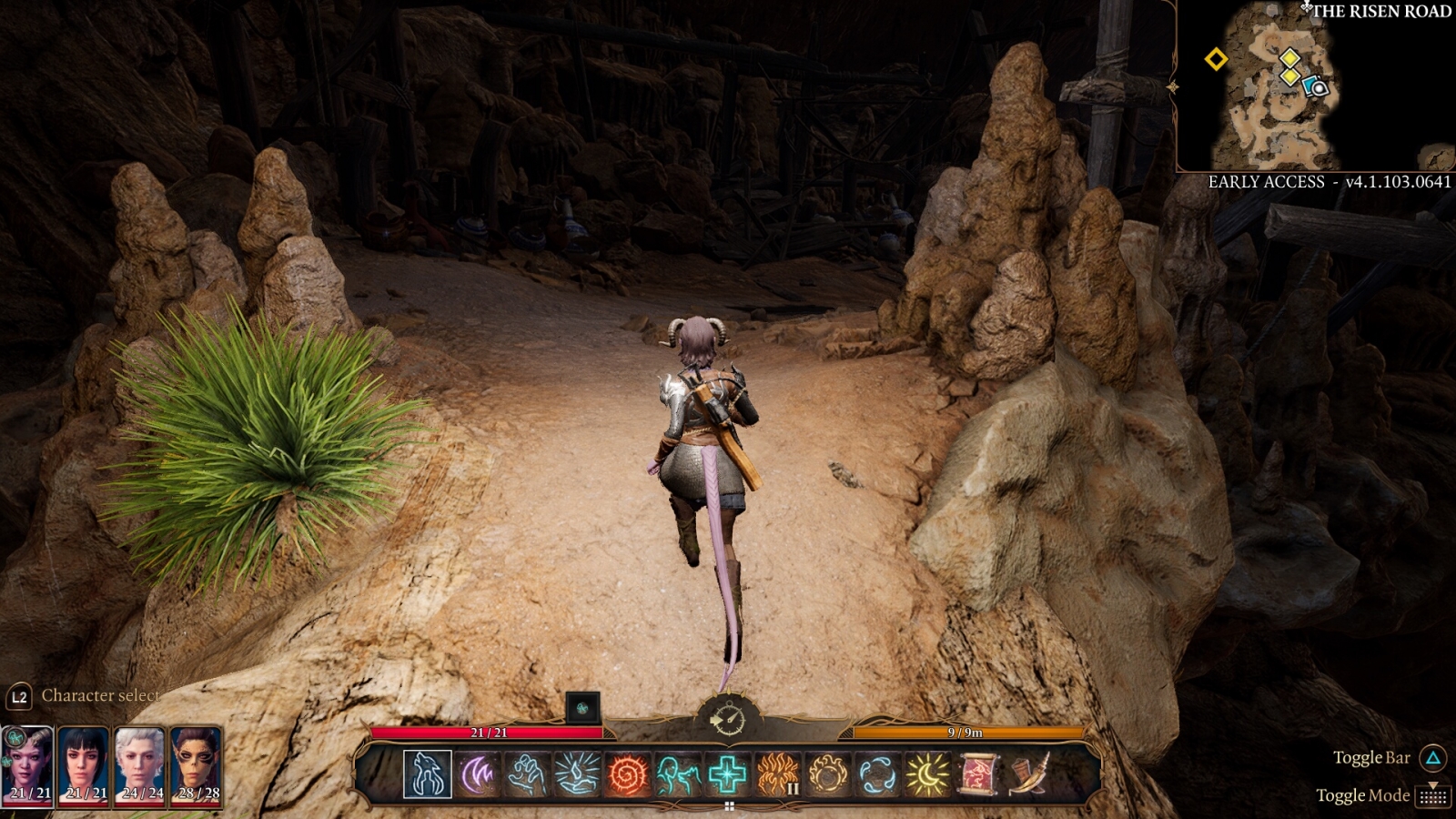 Being on Stadia, you’d think you wouldn’t have to deal with performance issues like framerate drops, but you’d be wrong. It could simply be an issue of early access optimization, but Baldur’s Gate III is by far the worst experience I’ve had on Stadia. The game will frequently chug or just ignore my inputs on both control schemes along with exacerbated versions of the typical Stadia problems like blurry visuals, out of sync audio, and all too frequent disconnects. Unlike other games on the platform, these don’t go away with a better connection,; whatever Google has running this game it’s clearly not enough. Even if you don’t currently have a device that can run this game, stay away from the Stadia version for now.

Despite all the crashing, AI issues, glitches, and my character’s tail getting stuck on thin air and moving wildly about, I still had an absolute blast playing Baldur’s Gate III. It’s partially because they don’t really make games like this anymore, and because Larian Studios are just masters of their craft. After I’ve exhausted the content available in my first playthrough, I will definitely be returning for a second, third, or fourth run even in this unfinished state. It’s just that good.

David is the kind of person to wear his heart on his sleeve. He can find positives in anything, like this is a person who loved Star Fox Zero to death. You’ll see him playing all kinds of games: AAAs, Indies, game jam games, games of all genres, and writing about them! Here. On this website. When not writing or playing games, you can find David making music, games, or enjoying a good book. David’s favorite games include NieR: Automata, Mother 3, and Gravity Rush.
Related Articles: Baldur's Gate III
Share
Tweet
Share
Submit