Sucker Punch recently released an update for Ghost of Tsushima adding a multiplayer mode. In the Legends mode, you and up to three friends can live out the adventures of the mythical Ghosts, who saved Tsushima countless times from the Mongols and demons. Editors David Flynn and Abdul Saad share their thoughts on the mode.

Legends plays much like the base game, but with other players and without the gorgeous open world. Jin’s wide range of abilities are split between four classes: Samurai, Hunter, Ronin, and Assassin. While they play the same for the most part, each excels in a certain aspect of combat. For example, the Hunter has powerful ranged attacks with a bow while the Ronin has the ability to heal their fellow ghosts. After a tutorial explaining each class, you’ll have to pick one to play until you can unlock others by ranking up. I chose the Hunter to take out foes stealthily from range. As you play, you’ll receive random loot drops to customize your character’s gear. Instead of being able to switch sword stances to combat different enemies, katanas in this mode come with a single style. This didn’t make combat any more difficult than the main game, since enemies here are overall easier to take down, but it does feel like a layer of strategy has been removed here. 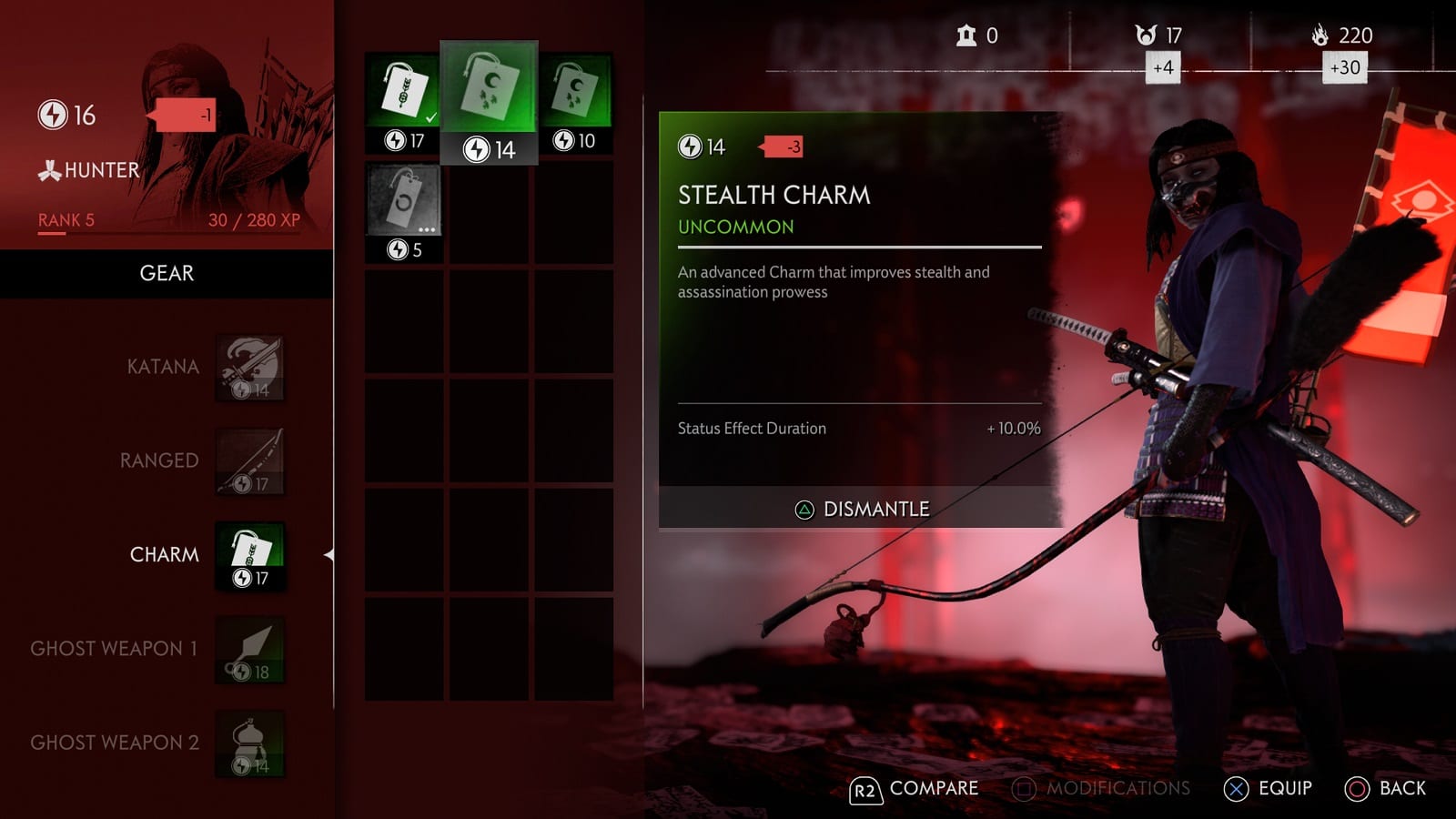 In fact, the entire mode just feels lesser than the main game in my opinion. Due to the class system, your options in combat are drastically reduced. To compensate for this and the addition of 2 – 4 players at once, enemies have special mechanics slapped onto them like rapid healing or being almost completely invisible. It seems like this is intended to make players cooperate, but it just ends up being frustrating. There aren’t enough communication options without voice chat to properly inform other players of your intentions, so almost every encounter ends up as straight combat with the sheer amount of enemies overwhelming your party until you eventually brute force your way through. Playing through the uninteresting story was enough for me, and I don’t think I’ll be revisiting this mode any time soon.

Ghost of Tsushima: Legends, the free DLC expansion that offers additional multiplayer enabled content, is finally here for everyone to enjoy. Like David said, upon starting the DLC and watching a quick story summary, players will get to test the four available classes in the game, each with their own strengths and weaknesses. I chose the Assassin as I prefer the stealthier option in battle and his skills get me in and out of combat whenever I need to. Each class also has their own unique ultimate skill. Just like how a Ronin can revive a dead teammate, an Assassin can cut down several enemies in one fell swoop. In the Legends expansion, Players have several modes to choose from but will first have to play through the nine available story missions before progressing into the more difficult Nightmare modes.

Each story mission offers lore of the Ghosts that inhabited Tsushima before Jin and are also divided into three short chapters, with a checkpoint included in case both you and your teammate dies. Additionally, players are also allowed to replay missions with a different difficulty mode, namely Bronze, Silver, and Gold, which offer better rewards but also a lot more challenge. When out of combat, players can also equip and change gear earned from missions. The higher your quality of gear, the stronger you’ll be. As you play through missions, you’ll also earn XP to increase your rank. Rank up enough, and you’ll have the option to switch classes, which is a relief, especially if you’ve grown bored of your original class. However, you’ll still have to play through a fair bit of the game to unlock this feature, which I found rather irritating as having the option from the get-go would make the game a lot more enjoyable and won’t make your options feel as limited. 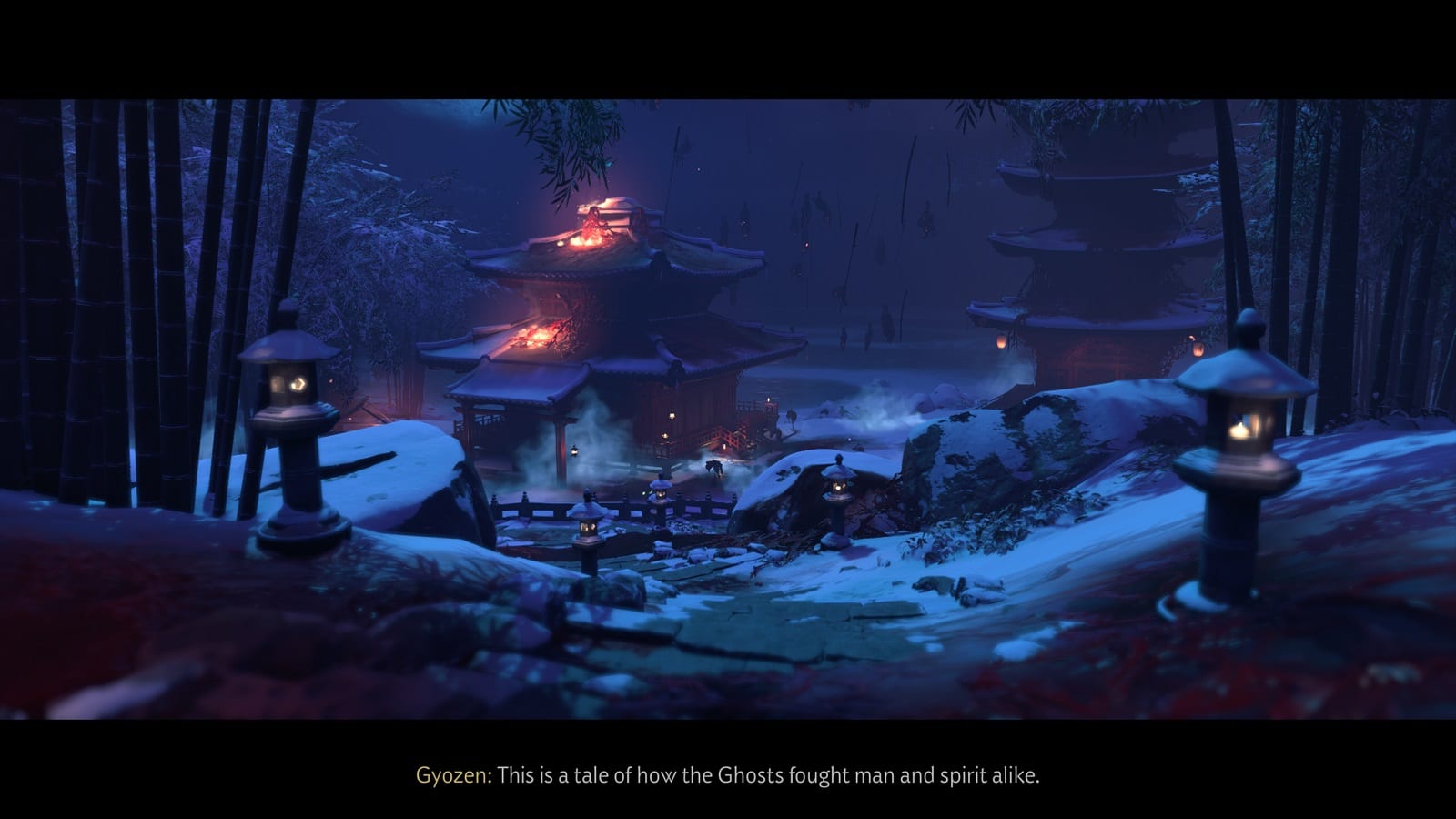 Gameplay-wise, each mission tries to offer something new with a set of dynamic tasks you and your teammate will have to complete while killing various enemies. Due to the supernatural theme of the expansion, these missions are drastically different from what you’ll see in the main game. As David mentioned, without the stance options, the enemies are easier to defeat compared to the base game, but this is compensated by the amount and variety of tasks you’ll be completing in these missions. Unfortunately, we were unable to test out the Raids mode as that isn’t available until the 30th. So, for now, we won’t know the quality of that content or what it entails.

Overall, while the story included in the Legends expansion is highly forgettable, if you’re a fan of Ghost of Tsushima and want additional content, you might enjoy it as it includes adequate content for free, as long as you don’t expect too much of it.

David is the kind of person to wear his heart on his sleeve. He can find positives in anything, like this is a person who loved Star Fox Zero to death. You’ll see him playing all kinds of games: AAAs, Indies, game jam games, games of all genres, and writing about them! Here. On this website. When not writing or playing games, you can find David making music, games, or enjoying a good book. David’s favorite games include NieR: Automata, Mother 3, and Gravity Rush.
Related Articles: Ghost of Tsushima
Share
Tweet
Share
Submit