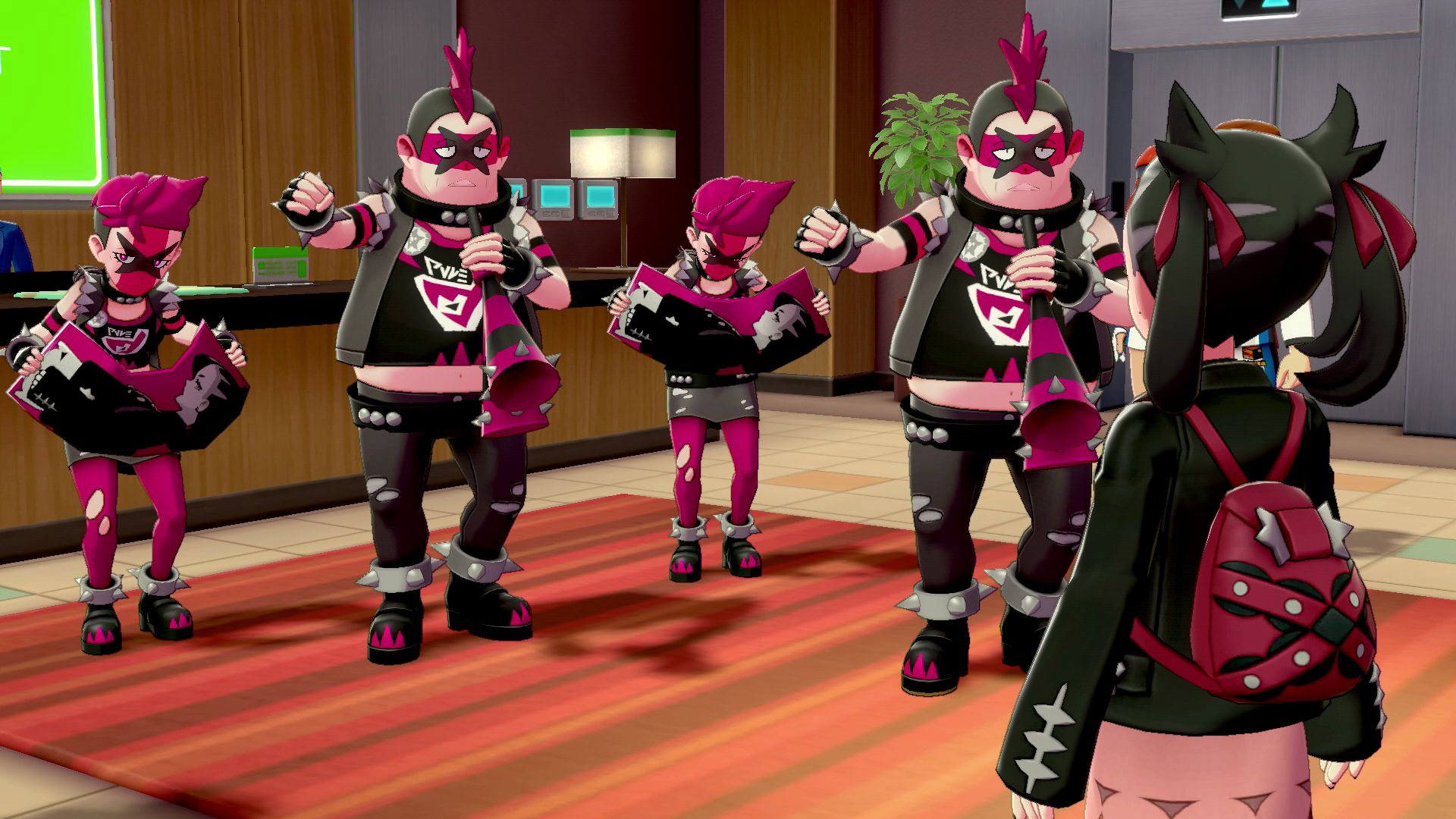 So, you’re disappointed that Pokémon Sword and Shield won’t have every single Pokémon in them. We all knew it would have to happen eventually, but we still hoped it wouldn’t. It feels like the phrase “Gotta catch ‘em all!” has gone from an impossible dream to just an impossibility. But, for just a bit, let’s set aside all our frustrations and disappointment and try to see some positives. In bad situations, I like to try and foresee some good outcomes while my anxiety tells me that I should curl into a ball and wait for death. It’s a nice coping mechanism, and it can be a fun thought experiment for other things too! So, let’s see what happens when we ask the question…

Where does Pokémon go from here?

With only a month or so until the release of Sword and Shield, the content of the base games are essentially set in stone. But what about after release? Being on the Switch, the games could more easily receive updates and DLC adding more Pokémon, areas, and battles. GameFreak could, theoretically, spend all their time between one generation and the next, adding the missing Pokémon to each entry. It would be a good future-proofing investment since they have to remake and re-animate every single Pokémon for Sword and Shield. (Even though they already did just that for the 3DS entries, but for reasons unknown won’t or can’t use those models.) Is it likely that we’ll get all the missing creatures? I don’t think so, but they will at least have a few available through special events like in previous entries, and maybe with enough outcry they’ll add in a few missing fan favorites. 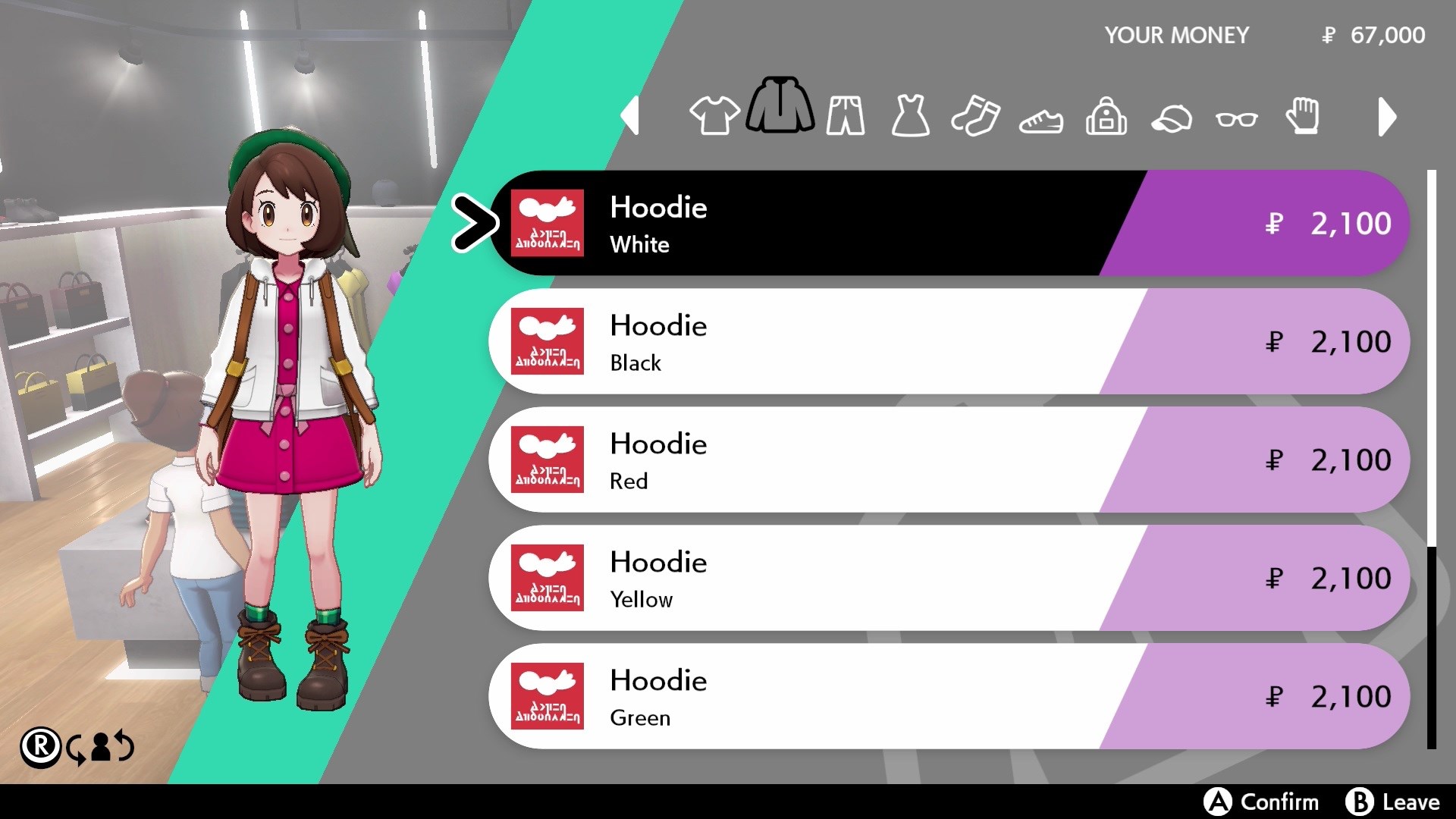 If I was in charge of GameFreak, I would dedicate a significant amount of effort into getting as many Pokémon as possible ready for their Switch debut. This, of course, takes resources away from other projects like the next generation of games. So, how do they keep fans satisfied with a new mainline entry before the next big release while reusing as many assets as possible? Historically, they’ve done this with mid-gen updates and remakes like Pokémon Crystal or Fire Red. There have been a few deviations from this formula, like my personal favorite Pokémon games Black and White 2, but for the most part each generation has been followed by a Final Mix game that mixes content from the other two games of its generation and adds a few new things. Most recently, that was Ultra Sun and Ultra Moon which I found extremely disappointing, so here’s hoping they go the direct sequel route instead.

As of this writing, you can catch most, if not all, of ‘em on the 3DS. Including remakes and re-releases, it is possible to play through each generation of Pokémon. It can be annoyingly expensive tracking down some of the older DS carts, but it is theoretically possible to get every single monster on a single system. I think Nintendo and GameFreak wanted to keep that the case for as long as possible, but at this point the 3DS is a dead system. So what routes could they take to having this situation on the Switch again? Well, we’ve already seen one avenue with the Let’s Go games: more remakes. I haven’t played those games because I didn’t want to go through Kanto for the upteenth time, but I have heard good things from most who did. So does this mean we’ll get more casual focused versions of Gold, Silver, Crystal, and other generations in the future? According to Wikipedia, Let’s Go Pikachu and Eevee have sold over 10.98 million copies, which is not as many as Sun and Moon but still very respectable, so I’d say there’s a good chance of that happening especially with its Pokémon Go integration. The Let’s Go games and Sword and Shield were developed at the same time however, so not everything from those games will carry over immediately and remaking every game in the series (again) would take a loooong time, but it would allow them to slowly add Pokémon back into the mix while keeping fans happy and bringing in new players from the mobile game. A shorter term solution would be emulation, just straight up porting each game through a virtual console-like service. And, since the Switch is both a home console and portable, the big incentive for these releases would be finally getting to play all these games on the big screen. It would be pretty awkward having two “screens” on one for some of the DS and 3DS entries, but the Wii U had DS games on it, so they can make it work somehow. While this doesn’t get new models and animations made for future releases, it would make more Pokémon available on a single console and uploadable to Pokémon Home, whatever that is. I think we could see a mix of both of these methods in the future, since the effort of remodeling every Pokémon is probably going to last longer than the Switch’s lifetime. 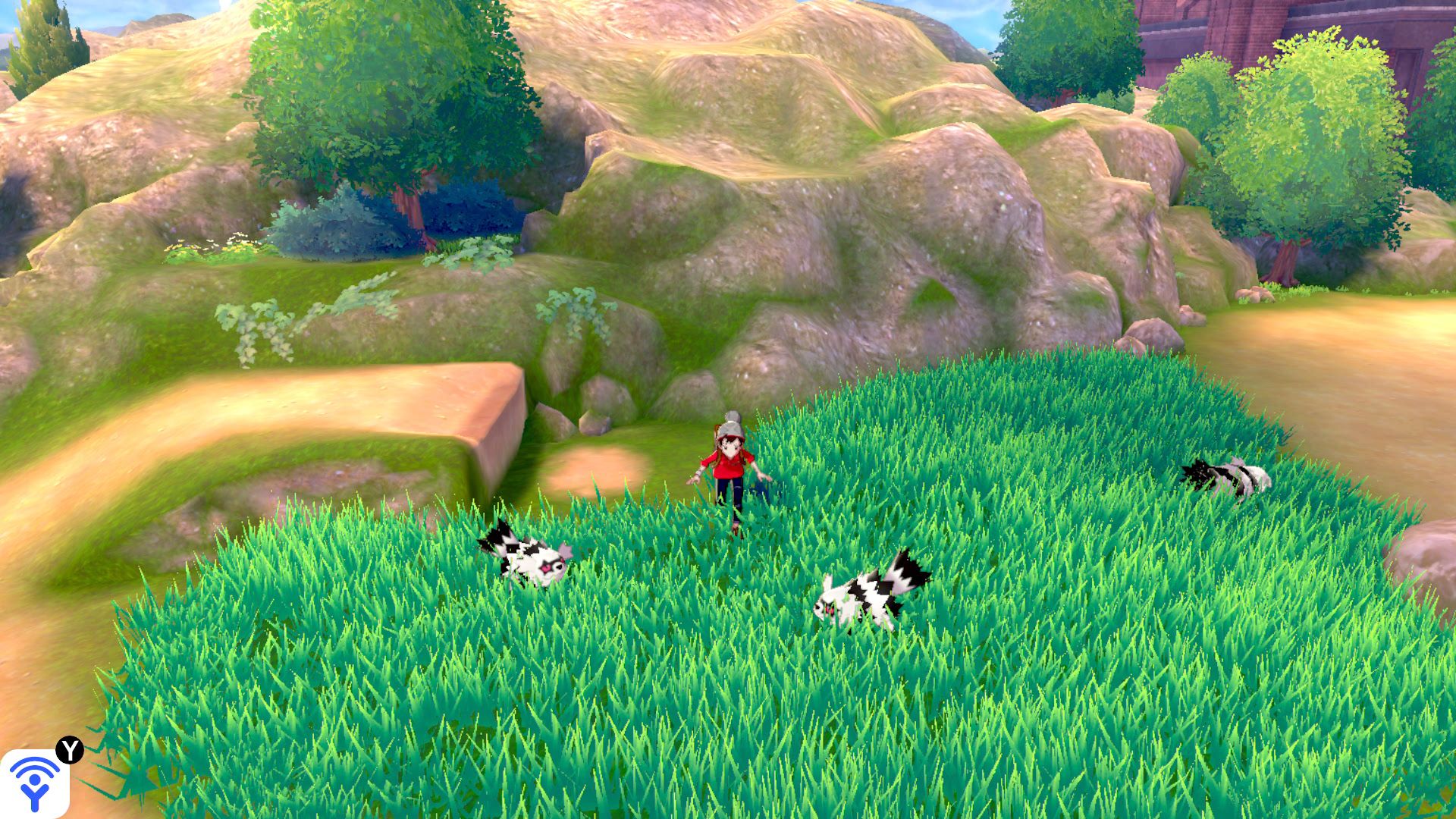 On the other hand, it’s likely that we’ll never get another Pokémon game with every creature in its dex. This could also come with some positives, like new or returning features. Everyone likes seeing your Pokémon follow you around like real life pets; maybe with the limited roster this could be possible again. Or, to take this to its logical extreme, your entire team of six could follow you around the overworld at once! People appreciate these little details more than one may think, and it’s going to become more important for GameFreak to include things like this to keep people engaged in Pokémon’s world. Personally, I’d like to see Pokémon more integrated into each region’s culture and society. I want to see Pokémon and people working together for both of their benefits, not mostly the benefit of people like we’ve seen in previous entries. For example, maybe some areas are nature preserves where you aren’t allowed to catch any until you receive special permission. It would be a good chance to make each region unique in an interesting way and answer some stupid questions I have: Do Pokémon have representation in government? What happens when a wild Pokémon wanders into a town? What does science think of 10 year olds capturing Pokémon that ancient cultures revered as gods? In all seriousness, I do think the developers should take advantage of their limits and get creative. It would be cool to see how some regions go about their daily lives with some Pokémon and not others.

Spin! Offs! I usually enjoy the spinoffs of Pokémon games more than the mainline entries. I have fond memories of playing Pokémon Coliseum, the Mystery Dungeon games, and Pokémon Ranger to name a few. While I don’t think we’ll get a new Ranger game anytime soon, and I’ve lost interest in the Mystery Dungeon series (Explorers of Sky was the last good one, and it’s also one of the best stories in the franchise), I think a Coliseum-like, story focused game is fairly likely. It would give GameFreak and co. the chance to add in just a few more Pokémon, while largely reusing the roster ready for Sword and Shield. It would be a nice mix-up from the gym battling structure that, frankly, has been getting pretty stale. I’m sick of the paint by numbers plots that the Sun and Moon games had as well, and I think others are too. It would be great to see them try their hand at a more story focused game again with weird mechanics like the Coliseum games purifying system. I’d also love to see games with more ways to bond with your pocket monsters. Nintendogs but with Pokémon? Yes, please! (Maybe that’s what Pokémon Home is?) Spinoffs are the franchise’s chance to get weird and experiment, and they haven’t been doing that lately. 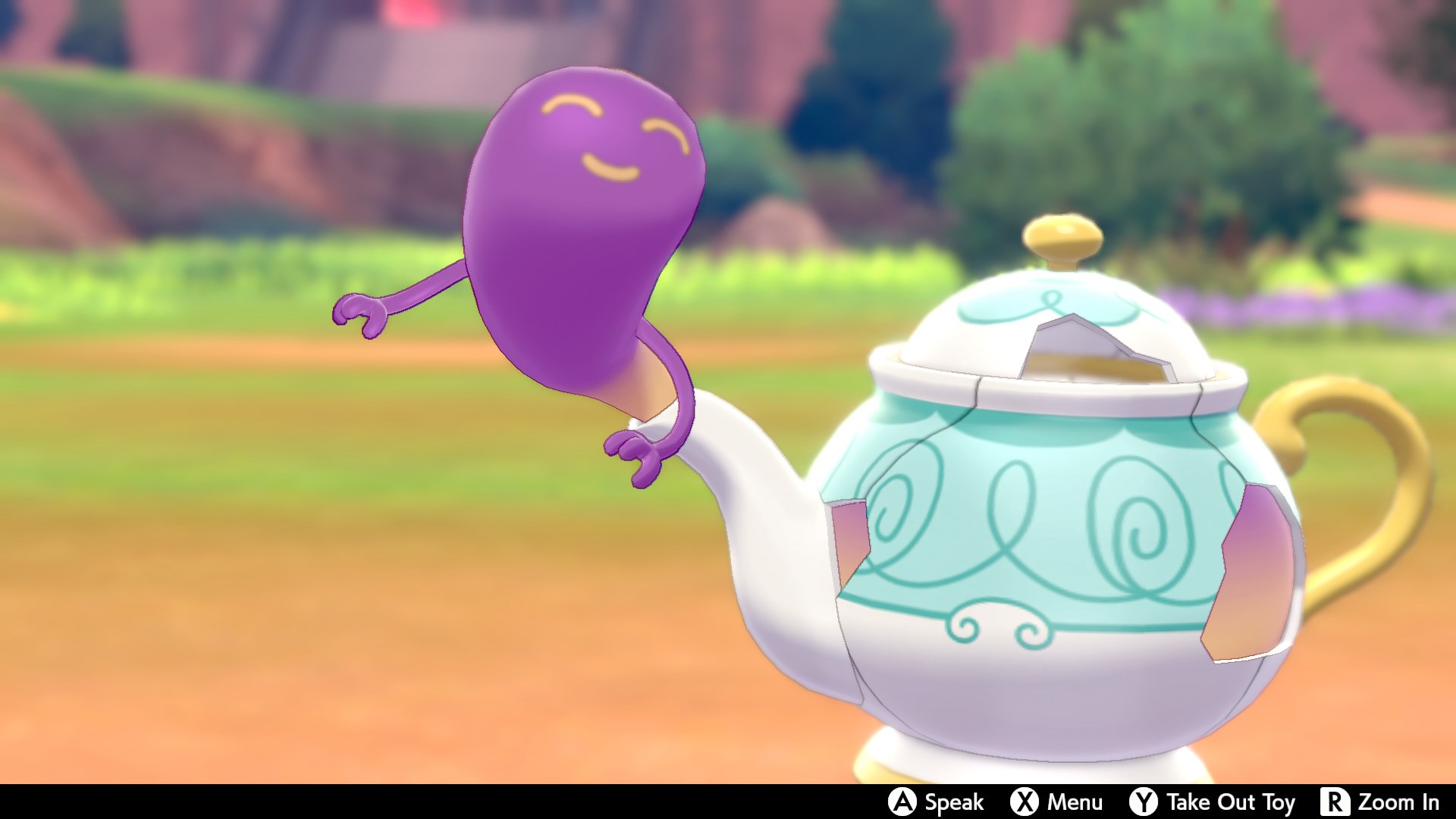 I’m pretty sure everyone wants a new Pokémon Snap. The Wii U was basically made for that game, but that time has passed and the Switch could work just as well with its gyro controls and such. They’ve already got models and animations of the original 150, which were the only generation featured in that game, so why not remake it already at least? My point here is GameFreak and Nintendo are sitting on a goldmine of great spinoff potential that could keep people engaged with Pokémon outside of the main games and anime as well as reduce the fatigue people have been beginning to feel with new entries. Honestly, I’m fine even if it’s not that great, I just want to see them try new things. Heck, try another Hey You, Pikachu! Voice recognition has gotten a lot better, and even if it doesn’t work very well, it’ll be an internet sensation regardless. Just, do something.. Onix-pected.

These were just a few ideas from my trying to think positive. There’s a lot of things they can do to soften this blow and I’m excited to see how they handle it once November 15th rolls around, and Pokémon Home sounds like it could be pretty cool, but only time will tell. If you have any thoughts on what GameFreak and Nintendo could do with the more limited roster, let us know in the forums! But remember, Be(edrill) respectful!