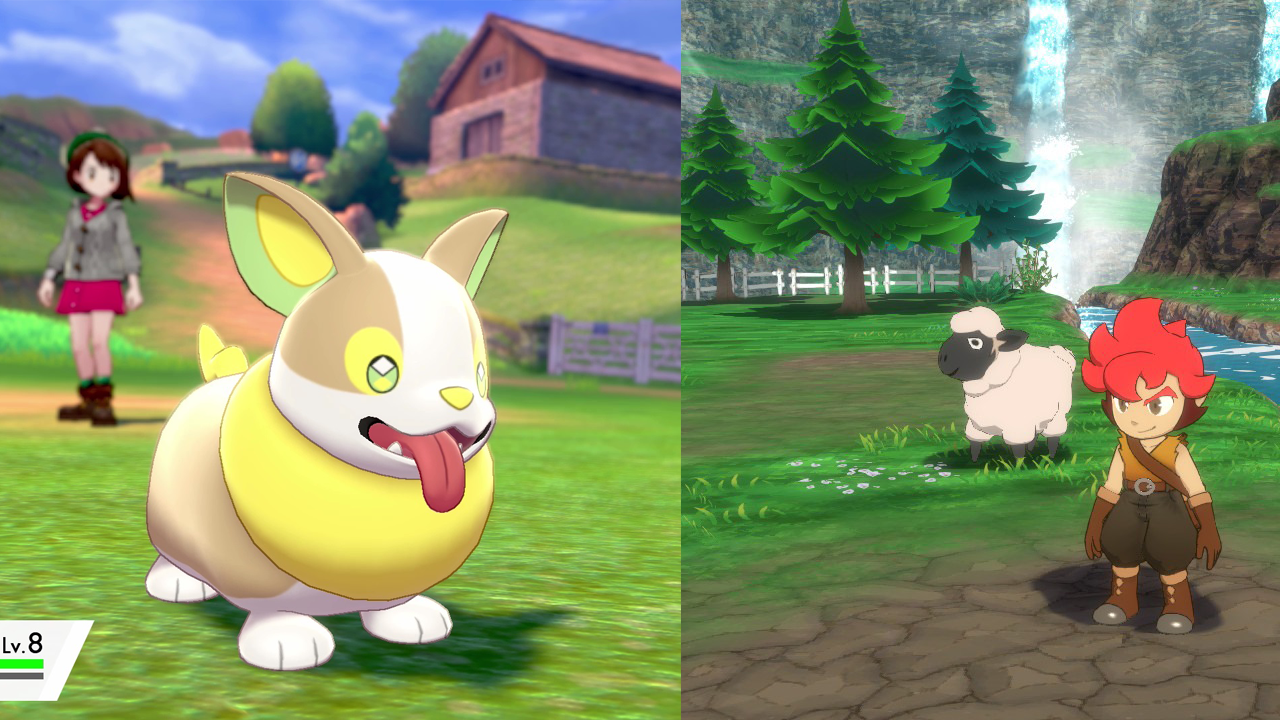 I have spent dozens of hours playing Game Freak’s new, original IP Little Town Hero, and I can’t help but compare and contrast its features, quirks, and design with the Pokémon games. The separation of powers and responsibilities between Game Freak and The Pokémon Company has never been articulated to outsiders, and this has led to a number of theories about which company should get the blame or the credit for different features of the Pokémon games. Let’s take a look at Little Town Hero and discuss what it might be able to tell us about what kind of RPGs Game Freak wants to make, and what that can tell us its role in the creation of Pokémon games. While this is all observation, rather than a statement from Game Freak themselves, it’s worth discussing some of the parallels between Game Freak’s new, original RPG and Pokémon games, and what we might be able to glean from them. 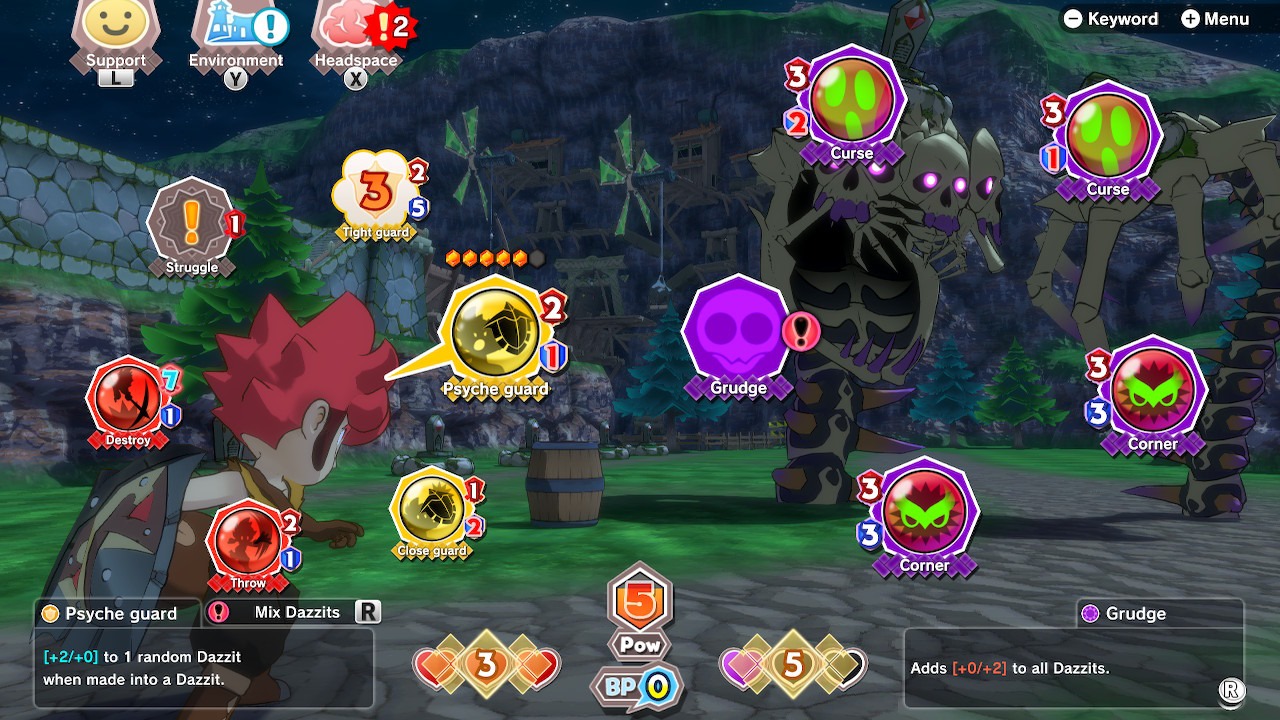 ….it seems to want to build a whole new way to fight.
The battle system in Little Town Hero is entirely unique, there really is nothing quite like it. It’s complex, intricate, strategic, and drawn-out, with mechanics which have more in common with deck building card games than your typical strategy game. This system must have taken a huge amount of imagination, testing, and trial-and-error; the battle system alone must have been a huge investment for time, money, and development hours. Game Freak’s interest in creating new ways to digitally duke it out shouldn’t be much of a surprise, given that we’ve already heard that Game Freak considered “changing up” the Pokémon battle system, but having fought numerous battles in Little Town Hero, I’m really glad they did not bring this system over into Pokémon. The traditional, turn-based battles of Pokémon may be slow, but they’re tried-and-true; I know what to expect and how to win. Best of all, I can grind out some levels or hunt for shiny Pokémon mostly by sound while doing other things. In contrast, Little Town Hero’s battles can last easily 30 minutes long, and mentally taxing, and requires strict planning. One bad decision at the wrong time can easily cost you an entire fight. 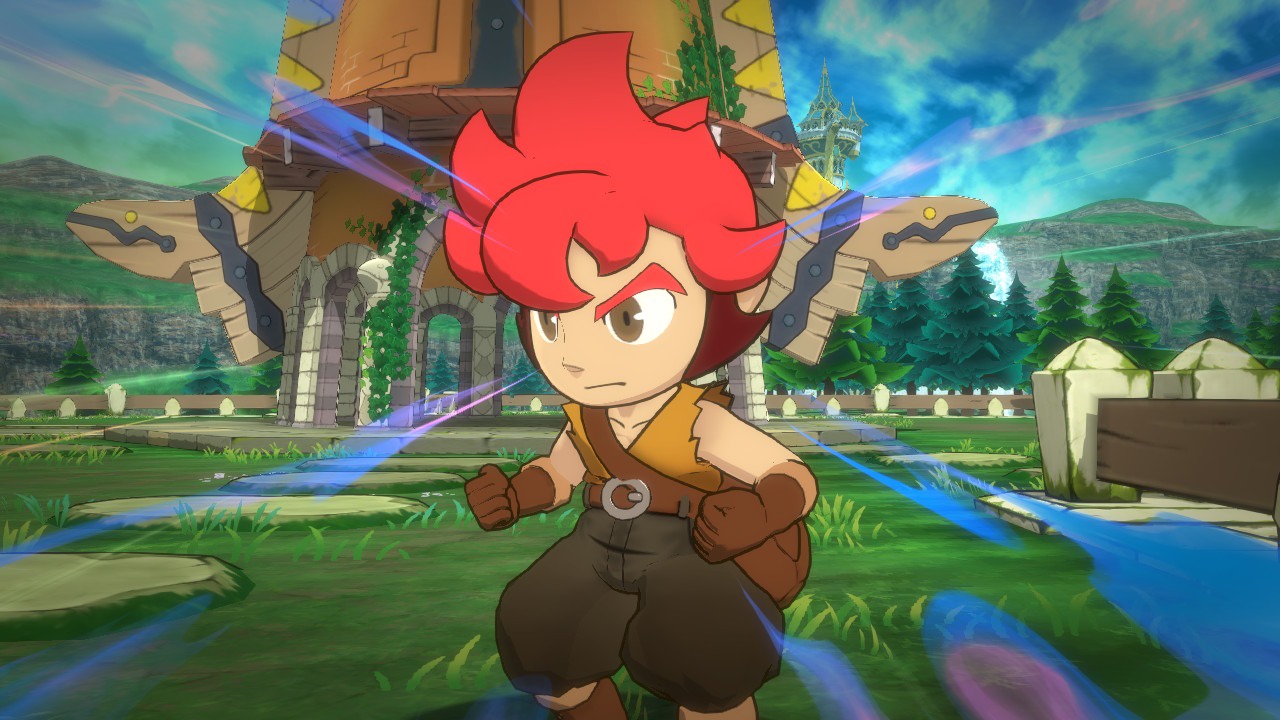 Game Freak chooses/prefers to use minimal and recycled animations

…it’s not the result of a Pokémon Company-induced time crunch.
I mentioned above how much time it must have taken Game Freak to develop the combat system in Little Town Hero, and it certainly could have used a little of that time to have animators rig up another pose, attack, and gesture or two. Even with this severely limited set of characters and attacks, Game Freak still chose to use stock movements in battle, and to create an extremely restricted roster of expressions and movements for their characters. This is Game Freak’s own game, and it set its own priorities and development cycle, so I think we can safely put an end to the theory that the limited animations are a compromise made in order to meet the strict release schedule thrust upon Game Freak by the Pokémon Company. 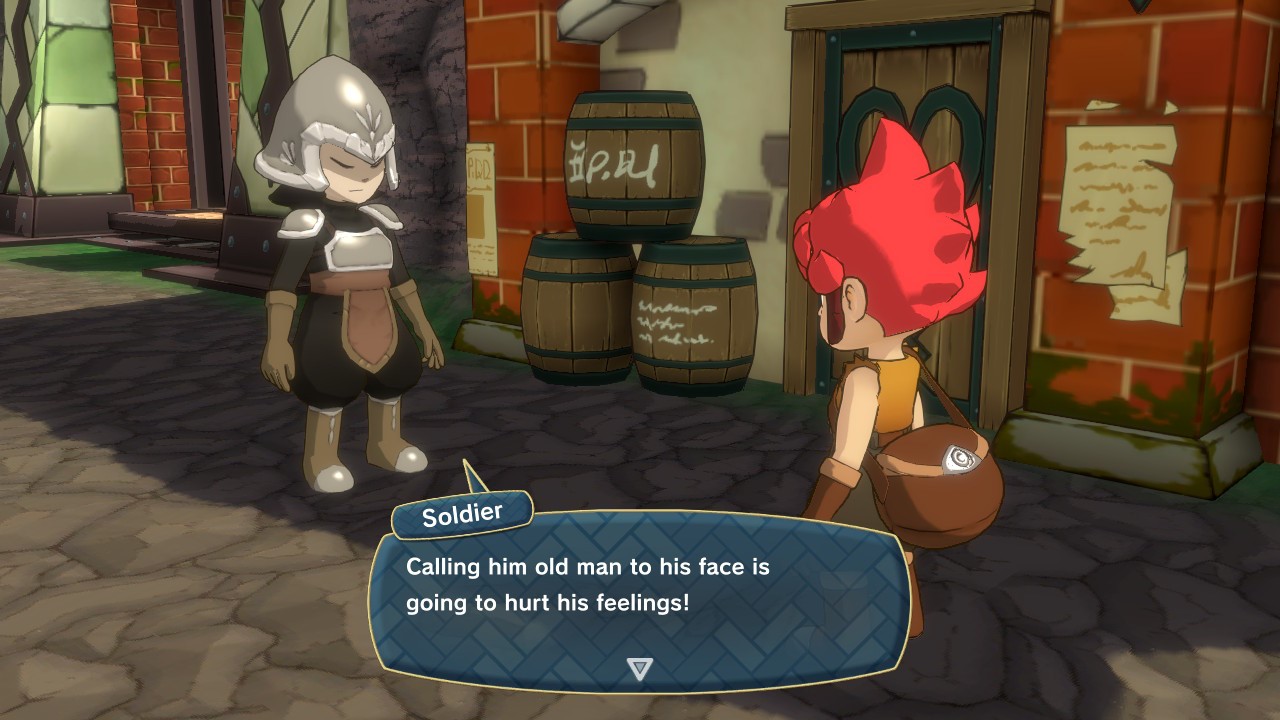 …complex, eloquent storytelling just isn’t its forte.
It’s not that Game Freak doesn’t care about storytelling, it clearly does, but its passion seems to be geared towards developing new combat systems and mechanics, not characters. It really is rather surprising how one-dimensional the characters are in Little Town Hero, considering that Game Freak set out to create a new IP full of potential around Axe and his friends. Credit where it is due, there is a good bit of history to the Town and the world at large, but it’s all expressed in the kind of simplistic, juvenile way you’d expect to find in an elementary student’s storybook. That’s not to say that the story is uninteresting, it’s just that there isn’t any poetic foreshadowing, surprising twists, or sobering subtly to be found. 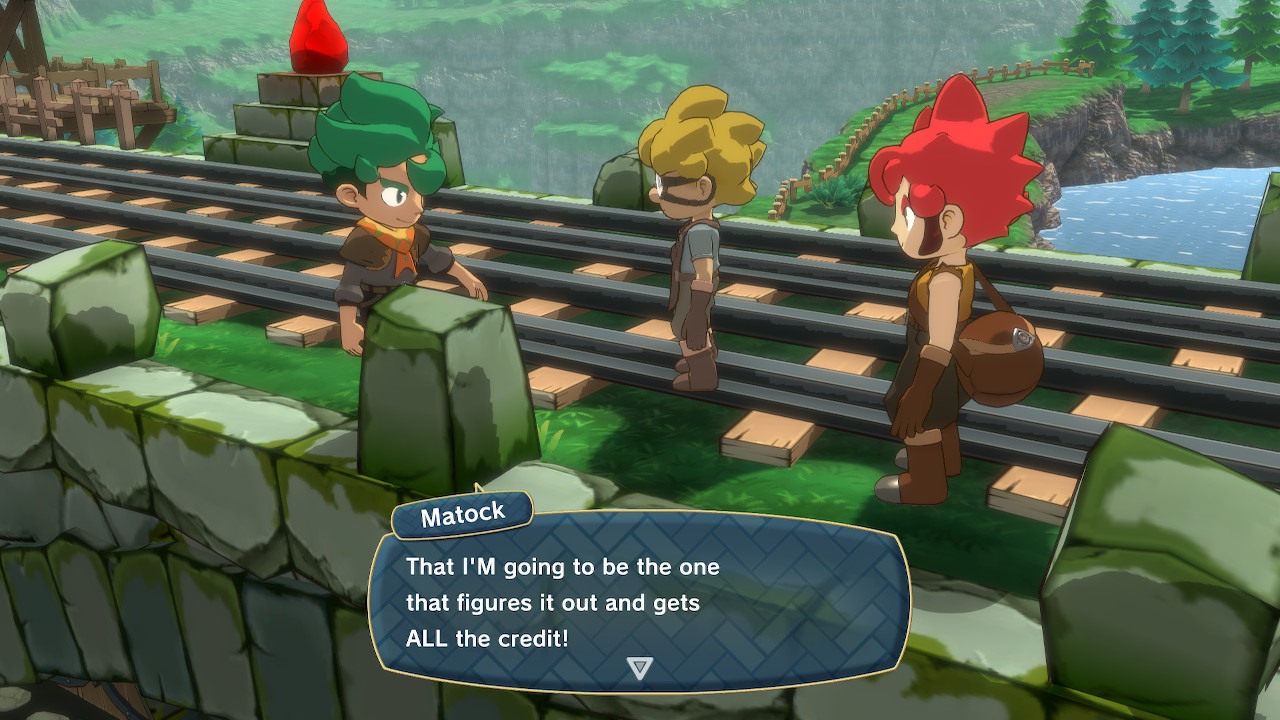 …and Little Town Hero does it better than Pokémon.
I spent the first few hours of Little Town Hero rolling my eyes at how often Axe’s rival, Matock, insisted on fighting and getting his butt throughly kicked. It was annoying at first, but he accepted his constant trounsings with more grace and just as much attitude and arrogance as Gary Oak ever could. But midway through the game, I had come around to the cocky little green-haired twit. He found his place in things, became confident and aware of his own abilities and limitations, and showed determination in protecting his home, family, and friends. For once in my very long Pokémon career, I found a rival whom I wouldn’t be angry about fighting after the Elite Four. I might even go easy on this one. Too bad he’s not a Pokémon trainer.

Have you played Little Town Hero?

We’d love to hear your thoughts! What did you find surprising or different? What similarities do you see between it and the Pokémon games? Are there any features from Little Town Hero that you’d like to see brought over to the Pokémon games? Do you see any other strong parallels between the IPs?