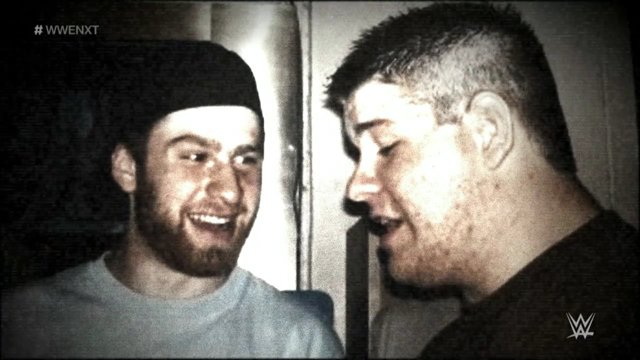 Creating a video game experience that pleases wrestling fans is a difficult task, one that many cannot understand unless you are a true fan of the sport. Obviously, Japanese developer Yukes has tried to do so for years with their WWE 2K series, and while they have occasionally produced a solid game, they have yet to recreate the true magic of professional wrestling. Wrestling is mostly scripted, with elements of reality sprinkled in. These pieces of reality tend to appear backstage, with politicking making up a huge part of a wrestlers effort to become a big name in the wrestling world. This arises the biggest issue within making a professional wrestling-focused video game. Do you pretend that reality does not exist? Or is there some way to bridge that tiny gap?

One man has released his intentions of bridging that gap with an interactive novel called Slammed!, and that mans name is Paolo Chikiamco. In an interview with Paolo (which you can read the full version of here), I asked him what exactly inspired him to leap into writing about wrestling. He stated that he had always been a fan of gamebooks and wanted to create his own. The publisher of Slammed!, Choice of Games, was hiring writers so he pitched his own idea.

I wanted my pitch to be something that would stand out, something that had never been done before, and since I had just recently renewed my love affair with pro wrestling at the time, a pro wrestling interactive fiction piece seemed so ridiculous that it just might work.

Slammed! pits you in the shoes of a young, up and coming wrestler with eyes on making it to the top. But first, he/she must go through a variety of rigorous situations to get there, as is the case with many professional wrestlers today. From the beginning, you are pitted in amateur wrestling fights as you work your way up and build more and more skill that you hope to put to use in the squared circle. You are told the stories within these amateur wrestling days through a variety of flashbacks experienced while competing in the independent wrestling scene.

Before you begin your ascension in professional wrestling, you must first pick your name, sex, sexual orientation, and whether you want to work as a heel (bad guy) or babyface (good guy) on the independent scene.  While it could be a surprise to some, there has been an overall backstage acceptance to gay workers within the wrestling industry, something that is reflected within Slammed! as the “best wrestler in the world” is publicly known to be a gay man. Because of that, Paolo stated that the only real difficulty associated with writing for both gay and straight characters was “coding the pronouns, which was hell.”

Easily one of the most exciting parts of playing through your own story in Slammed!  is in choosing your own personal characteristics. As was already mentioned, you can choose whether you are a heel or babyface, but you can also choose if you want to focus on being a mat wrestler, brute-force type wrestler, or if you want to just kick ass on the microphone. Of course, as the game progresses you do cross over into being great at two, or all three, of the categories. This helps get you into your character on a whole separate level that did not seem possible within an interactive novel. Not only do you choose the previous things, you choose your outfit’s color, music, and a whole host of other story-related bits along the way. The amount of control you have over your own character truly makes you feel like a part of the game.

“… a pro wrestling interactive fiction piece seemed so ridiculous that it just might work.”

Along your path through Slammed!, you run into a whole host of storylines, some of which are part of the show and some of which are part of your characters real life. One of the earlier examples on the mail wrestling side has you going against an aging veteran who is wrestling his last match in the company after years of work. He has worked years in the business and made a name for himself and since you are the up and coming star, he had been told he would drop the championship belt to you in his final match. He was fine with this result leading up to minutes before the match where he approached the head booker (man who decides who wins/loses matches) and says he is going over, meaning he wants to win.

As the booker tries to talk him down, it comes to no avail and you are forced to decide what the hell to do in this situation. You know it is best for business if you win, making you look stronger and taking the belt away from the retiring veteran, but you do not want to get any negative reactions backstage from other wrestlers for not doing what the veteran says. Ultimately, you must choose if you want to have a real fight with the veteran in the ring in hopes of literally beating him down long enough for a three count or if you want to do as he says and let him win. You experience a whole host of these reality-infused situations that puts the player into experiences that he/she has never dreamed they would experience first hand, despite hearing about them through Internet wrestling websites.

In a way, pro wrestling isn’t just a subject, or a setting — it’s a genre of its own, with its own set of tropes that I wanted to incorporate into the game. Tag teams, cage matches, dastardly authority figures, heel turns, gimmick matches, in-ring promos, managers and valets, maskings and unmaskings… At the time I was writing the game, the season of Tough Enough hosted by Stone Cold was running, which led to the Near Fall Academy chapters… I’d read a wonderful book on pre-WWE British wrestling, which led to the Sagramore/Lady Sagramore character…

Of course, this is not a novel that simply hops from one story to another; it also features an overarching story throughout its length. From the beginning you are associated with a rival whom you had run-ins with during your amateur wrestling days. This rival appears multiple times throughout the story and plays a very integral part once you begin to make large leaps through the wrestling industry. According to Paolo, he wanted this to mimic the old friend/old nemesis trope we see so often used today. One of the most recent examples is the incredible Kevin Owens/Sami Zayn rivalry in NXT.

Due to you being able to experience both the female/male aspects of the professional wrestling experience, Slammed! contains replay value that is guaranteed to real you back in after your first play through. On top of being able to change sexes, you can also change allegiances and play as the opposite of whatever you chose between heel and face. Paolo gives a bit of insight on what to expect if you want to go through Slammed! multiple times, “…there are around seven major epilogue scenes, with variation within those scenes based on certain choices, and seventy achievements, completionists will likely have to run through the game quite a few more times.”

Interactive fiction has never been something I call myself a connoisseur of, but Slammed! was something that caught my eye. It bridges the gap between reality and professional wrestling perfectly and puts long time wrestling fans in the boots of a character that experiences situations we have dreamed of being a part of. On top of that, it expands your view of wrestling and makes you quickly realize that things are far from roses and rainbows once you begin to achieve the stardom you desire. Slammed! is a piece of interactive fiction that should be played by every wrestling fan, and anyone that simply enjoys a whole host of well-told stories. Simply put, Slammed! is a masterpiece. When asked what the future of the product could be, Paolo said…

“There’s a saying that pro wrestlers never retire, they just stop getting booked. As long as there’s interest in more Slammed! that door won’t ever really close. After all, it’s what’s best for business…”