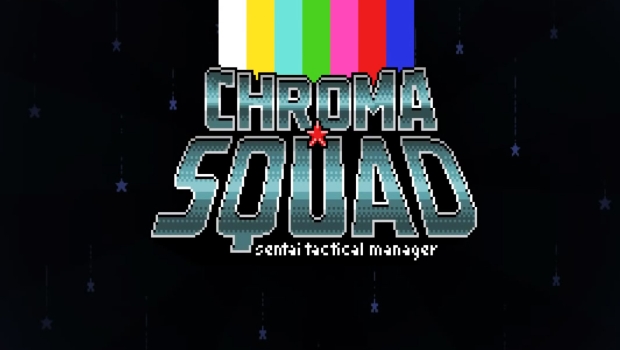 I remember when I was on the outside looking in on the whole amiibo craze. It was insane, right? Lines around the block, people fiendishly hunting figures of their favorite Nintendo characters that turned into killer AI programs when scanned on a Wii U tablet. I held no burning passion for many of the characters in the initial waves of amiibos and didn’t own a Wii U, so I couldn’t have cared less.

As I type this, I have tabs open, constantly refreshing inventory numbers for my local Targets and Walmarts. I’ve got a contingency set for Amazon’s crazy release schedule for amiibos, and have reminders set on my phone. I’ve been browsing r/amiibo for days, scanning for any signs of leaked figures out in the wild.

I have succumb to the craze, all because I don’t want an incomplete experience with the next entry in one my favorite gaming series.

This is the object of my obsession. A plastic figure on a small plastic base.

I’ve been a fan of Fire Emblem since I first picked up Sacred Stones on the Gameboy Advance. I couldn’t get enough of it; turn-based strategy, RPG mechanics, a huge cast of colorful characters all with their own quirks, and a punishing permadeath system that made their lives on the battlefield seem real. There was loss when a comrade fell, a story that could’ve been told but was instead sacrificed for a greater good.

So it was no surprise that Fire Emblem: Awakening was one of my favorite games of 2013, and the announcement of Fire Emblem IF had me ecstatic. Ecstatic, until I read that IF would include amiibo support, and also that an amiibo of my favorite character from Awakening, Lucina, would be released in Wave 4 of this insane craze.

At first I was innocent, thinking that I would just show up to GameStop on the day pre-orders opened and get my Lucina amiibo secured. I didn’t want to miss out on any content involving one of my favorite Nintendo characters in recent memory, right? Well, when I got to GameStop two hours before pre-orders opened, there was a line through the whole store already formed of amiibo fanatics.

So in case you’re wondering who has all the damn amiibos, it’s these people.

As I listened to their stories, I began to realize just what I was getting into. One person had enlisted his family to stand by at multiple GameStops throughout the city to pre-order just one Ness figure. Others had whole day gameplans, heading to different stores due to exclusive amiibo deals. A couple was planning on buying four sets total, as each kept both a set of amiibos for display and another set for “play.” One woman, who was ironically at GameStop to buy some Disney Infinity figures for her son, was shocked at the number of people in line and the fervor they had for these. Shocked, as she pulled off the racks one of many Captain America figures that adorned a wall stocked with every variety of Infinity characters and checked out at a leisurely pace.

I waited two and a half hours, and due to server malfunctions, our store didn’t get a single person registered before they had to start announcing out of stock pre-orders, Lucina included. I checked other stores, but most either had no stock left for pre-order, or weren’t taking them.
So I waited, bided my time until today, where I now plan out my break from work to go buy one of only four Lucina amiibo that is in-stock nearby. If that fails, I’ll be abusing my F5 key, waiting for the single moment in time between 3:30 and 4:00 PM Central that Amazon will post their Lucina orders, of which there is very little quantity available.

This didn’t need to happen. amiibos are fun, interesting additions that add cool features. They’ve become a rabid cult, though, because of the flagrant mishandling of them by Nintendo.

It puts the Mario on the pad, or it doesn’t get to play the game.

Nintendo is aware that stock runs abysmally low, and yet still stores only receive single digits of figures, if any at all. Nintendo had released second runs, but fails to mention any specifics or logistics, and simply leaves it to fate on who gets any figures from their extremely limited second runs.

Even worse still, there is actual content being locked behind these amiibos. I might be able to concede my amiibo purchase and save my sanity if I wasn’t panicked that any sort of meaningful content will be locked behind those plastic bases, but it seems like even that last bastion of my mind has been lost.

While Smash Bros. only uses amiibo for AI tracking, Mario Party 10 locks an entire game mode behind amiibos. Fire Emblem amiibos, which are some of the rarest (read: produced at the lowest quantity) of amiibos, unlock characters in the game, meaning that full playable characters members of your squad are locked behind the scarcest amiibos. New Nintendo IP Splatoon has entire challenge levels only accessible through the Splatoon amiibos. Amiibos aren’t really fun toys that add to your gameplay experience anymore, they’re plastic effigies of launch DLC incarnate.

Splatoon even has idols built to their false plastic gods.

So I’m prepping myself to charge once more unto the breach, hoping that the recent bout of Biblical floods in Texas will scare off all but the most rabid. I have become an amiibo-obsessed zombie, focused on one single figure, because Nintendo has decided to force me into this. Nintendo hasn’t just implemented $35.99 launch DLC, but they’ve released it in severely limited physical quantities. I now fear for the day that a new Advance Wars gets announced, only to find out that I can only play as Andy if I buy his ultra-rare amiibo. I have no problem with the toy-game integration that has been flooding the market, but artificial scarcity of locked gameplay content isn’t something we should deal with in this digital age.