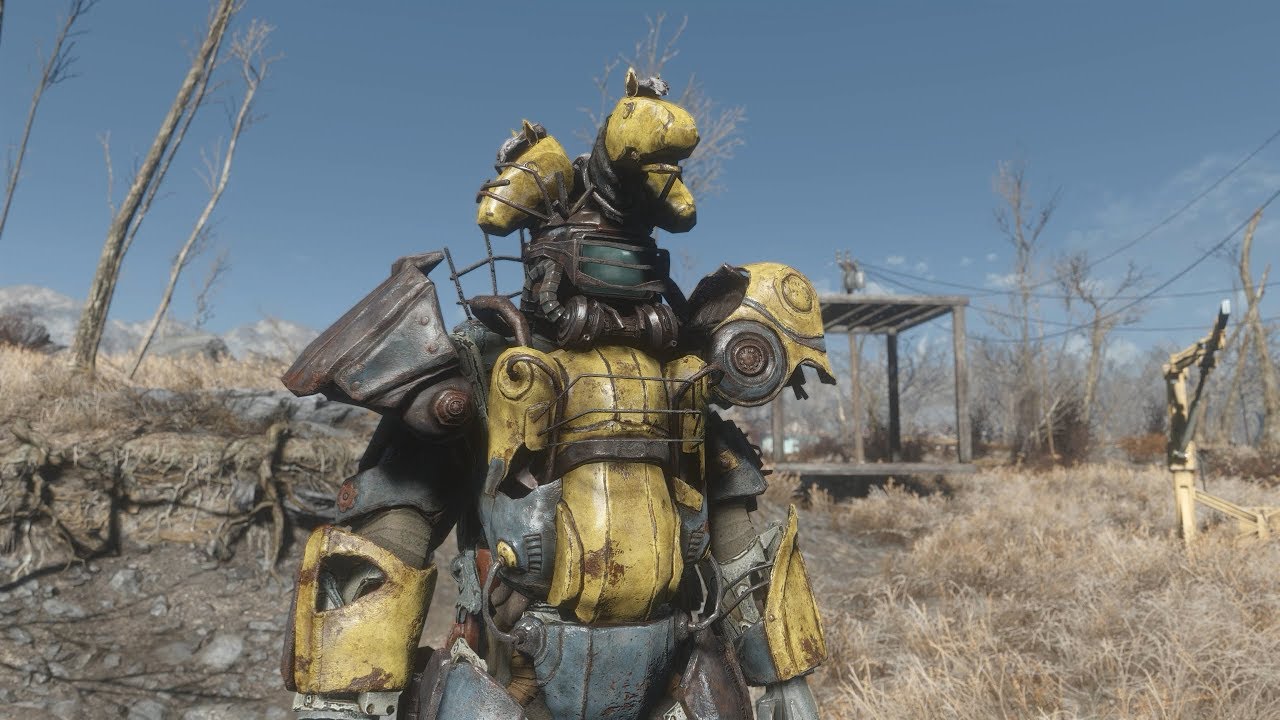 When Bethesda Game Studios announced Creation Club for Skyrim and Fallout 4 at E3 2017, viewers across the globe cringed collectively (me among them). It wasn’t the first time they had introduced the concept. In 2015, Valve and Bethesda teamed up and attempted to integrate paid mods into Skyrim’s Steam Workshop, envisioning it as a system where they and the modding community could all profit from player-created content.

In theory, I supported the idea of modders accumulating some kind of income from the content they created; mod hosting websites like Nexus have struck a balance by allowing modders to solicit voluntary donations. But the result of Bethesda and Valve’s partnership was an easily abused system with little to no quality control implementations. Practical jokers flooded the Workshop with small changes (one mod added a single apple to the game world) for extravagant prices to point out how flawed the inception was.

Bethesda quietly shelved the program and focused on its flagship projects. With the release of Fallout 4 and Skyrim: Special Edition on a number of platforms with full mod compatibility, Bethesda decided to try its hand at the paid mod concept again with Creation Club.

Of course, Bethesda really, really doesn’t want you to call it “paid mods.”

Instead, they sold it as a way for fans to purchase “mini-DLC,” created by modders, curated by Bethesda and sold for a few dollars each. In the initial E3 presentation they showed off a few pieces, such as a dwarven mudcrab for Skyrim ($1.50) and a Gauss rifle for Fallout 4 ($5). They attempted a bit of tongue-in-cheek humor with “Horse Armor” ($3), a power armor variation poking fun at one of Bethesda’s earlier DLC missteps in the 2006 game The Elder Scrolls IV: Oblivion. (The joke fell uncomfortably flat.)

Content creators need to apply before they’re allowed into the Creation Club, and are treated as contracted employees of Bethesda Game Studios. Earlier this month, Bethesda vice president Pete Hines clarified to YouTuber Tek Syndicate that Creation Club members are paid regardless of if their content sells. That’s a vast improvement over the free-for-all system of the Steam Workshop, where modders had no guarantee their good-faith efforts would earn them any money at all.

Knowing all of this, I resolved to keep an open mind and avoid knee-jerk prejudgments. I hoped that with Bethesda Game Studios support and resources, aspiring developers would have a great opportunity to create content for their portfolios and keep games like Fallout 4 and Skyrim alive.

My expectations were colored by genuine masterpieces of human creativity: Kris Takahashi’s Interesting NPCs for Skyrim, which adds dozens of fully-voiced characters with their own questlines and personalities; Max-Ischreyt’s Better Cities for Oblivion; and kinggath’s Sim Settlements for Fallout 4 that allows towns to grow independently without player micromanagement. I imagined that Creation Club would offer DLC measuring up to Skyrim’s smallest pack, Hearthfire, or any of the Workshop packs for Fallout 4. These DLC provide a bargain bin of content for a specific subset of players at a reasonable price. Unfortunately, months later, I can’t say that Creation Club resembles even my reserved predictions. If Hearthfire was a mouthful of content, Creation Club is an uninspired scattering of crumbs.

The most recent addition to the Creation Club for Skyrim: Special Edition is the $5 “Survival Mode,” which features hunger, thirst, temperature considerations, and disables fast travel. It’s similar to the survival mode implemented via free patch for Fallout 4, and doesn’t compare to mods that have existed for years like Frostfall by Chesko for PC. Given that a number of free Skyrim mods aren’t compatible with the newer Special Edition, I can’t help but be suspicious that the edition was released in part to push consumers toward purchasing similar content in Creation Club.(In that same interview with Tek Syndicate, Hines insisted Creation Club was not intended as a replacement for mods.)

The Creation Club’s available content is certainly pretty and the individual elements are high quality. I won’t dispute that. The textures on that Gauss rifle are great, and Skyrim’s Survival Mode is functional. The key issue here is the absence of value, especially in comparison to what’s already available elsewhere. Its entire existence feels tentative, and just isn’t ambitious enough to warrant dropping several dollars on Pip-Boy recolors.

The content itself is undoubtedly high-quality. I’m just not sure it’s worth what Bethesda’s asking for it.

This lack of ambition is already causing backlash. Fallout 4 sat pretty on a Mostly Positive composite review score on Steam for months, before an insurgency of negative reviews started somewhere near the end of August when Creation Club launched. (Note: “Review bombing,” as in the case of Fallout 4, recently convinced Valve to implement a new histogram feature on their review pages. It’s handy.)

Across Reddit, Steam, and other public forums, players are pointing to Creation Club as another sign that the video game industry is deteriorating, and that developers and publishers care more about exploiting customers than pleasing their fans. That’s a little dramatic: we’re talking about video games, for one, and I don’t think that it’s even true. Rather, I think that a lot of companies and consumers are asking themselves what the fair price of virtual content is. Twenty years ago, adjusted for inflation, it was reasonable to drop $100 on an NES game regardless of quality or how many hours of playtime you could squeeze out of it (and that was before the dawn of blockbuster AAA titles). Further complicating matters are services like Steam that offer frequent discounts, and a plethora of indies that simply can’t afford to push their price point too high.

Bethesda Game Studios faces a rather unique problem. Its Elder Scrolls and Fallout titles are some of the most popular games hosting free player-created content, with thousands of mods between them. It’s a double-edged sword: while mods have played a role in Bethesda games’ longevity, and allow them to have extra-generous development cycles between their releases, many consumers now feel entitled to free content. In some cases, the games are even seen as broken, incomplete sandboxes for players to modify into whatever they wish.

Video games are slowly trending towards existing as services, not disparate products you purchase individually. Bungie, Inc. found success with the concept with its juggernaut franchise, Destiny. Electronic Arts is gambling that Bioware’s new IP, Anthem, will follow in its footsteps. Mass Effect: Andromeda’s single player campaign was unceremoniously killed after poor reception, but its multiplayer servers are still kicking. Bethesda has resurrected Skyrim so many times that it’s a running joke. (The game is six years old, Bethesda! Enough.) To some players, this is disconcerting. Especially for those of us born more than fifteen years ago, video games are personal experiences we choose based on our personal tastes, and we’re wary of developers that ask us to sink time and money into their content for the sake of it. We’ve started to recoil at the idea of “bigger” games (more maps, more weapons, more always online cooperative multiplayer) because it’s exhausting, and intimidating, and the novelty has worn off.

Summarily, Creation Club exists for the same reason that Bethesda has released Skyrim on no less than six different platforms. While video games used to be single purchases you played for however long you wanted and then put away, studios now place them on perpetual life support, intravenously pumping them with content until their last death rattle. Creation Club is a symptom of a trend that’s uncomfortable to us if nothing else.

Regardless of what it means for the big picture, I’ll probably continue to shrug at Creation Club’s content offerings – at least until they reveal something more tantalizing than a recolored crab. And if in the end Creation Club proves to be a worthwhile opportunity for budding game developers, then maybe it’s not such a terrible affront to gaming.

Are you a modder or a game developer? How do you feel about Creation Club? Let me know in the comments below.

Taylor is as eclectic as her taste in video games, and she appreciates aesthetic and a good OST. She has a BA in International Business Management she doesn't know what to do with, and until recently helped immigrants and refugees learn English.
Related Articles: Elder Scrolls V: Skyrim, Fallout 4
Share
Tweet
Share
Submit