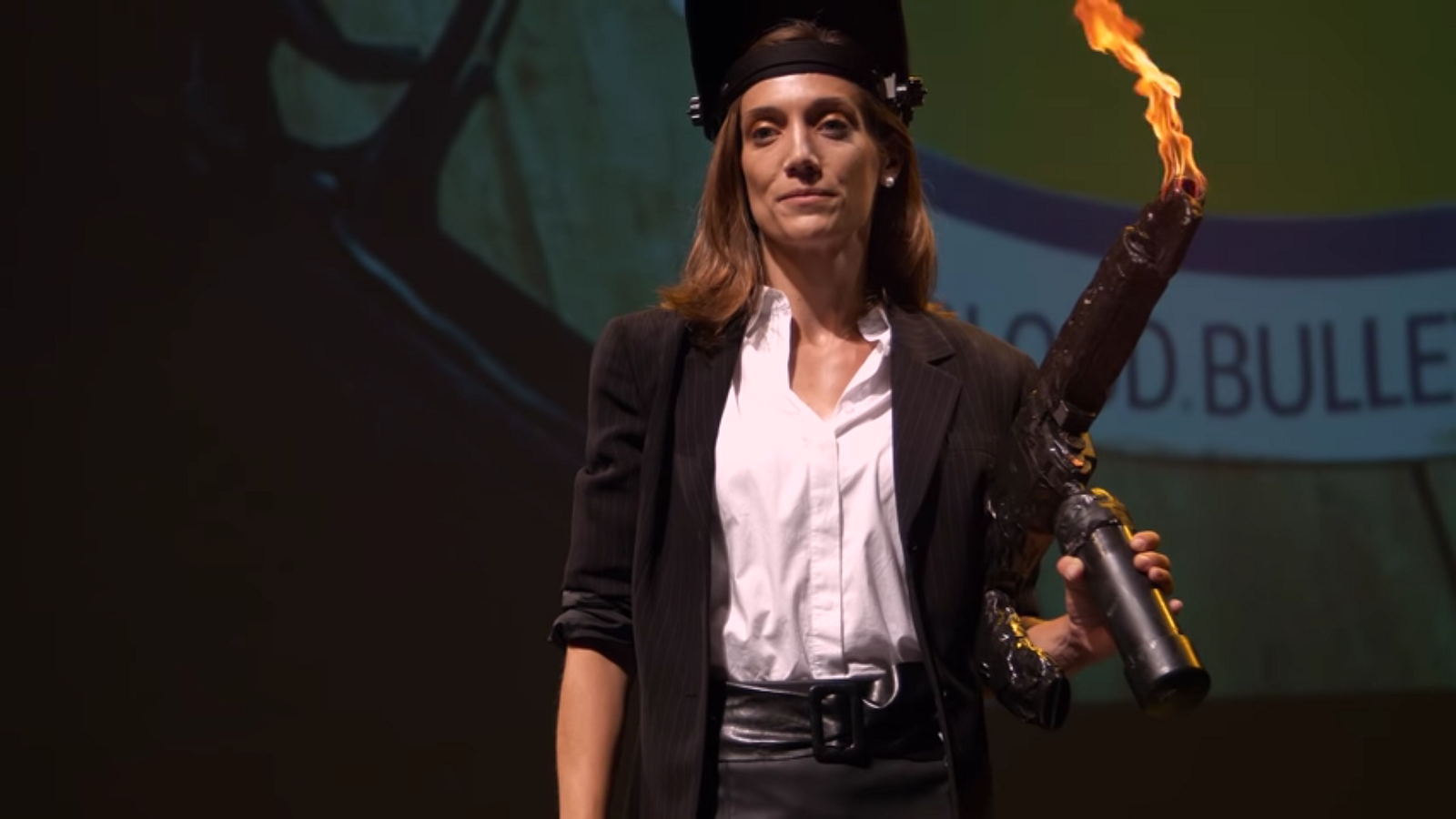 E3 is now in full swing, and with it comes a stable of press conferences. While the presentation quality of each company company is subjective to different audiences, everyone can agree there’s nothing quite like Devolver Digital’s efforts. Dubbed the “Big Fancy Conference”, the company’s late night antics featuring an eccentric host and oddly engaging storyline have made these yearly shows my personal E3 highlight ever since their 2017 premiere. It’s a fun time that bucks the trend of the traditional press conference and is even a great standalone work.

First off, the Devolver Digital conferences are usually late at night, I’m guessing due to content. (The most recent one is age-restricted.) For historical reference, they’ve always been directly after Bethesda’s conference, airing around 10 or 11 PM EST. However, they act as a great palette cleanser to the day’s bigger events, and end up being a nice little treat that won’t drown viewers with tons of new info. The fact that it isn’t live also means that there’s a little more time for preparations, with the acting feeling hammy and over-the-top, but not forced. 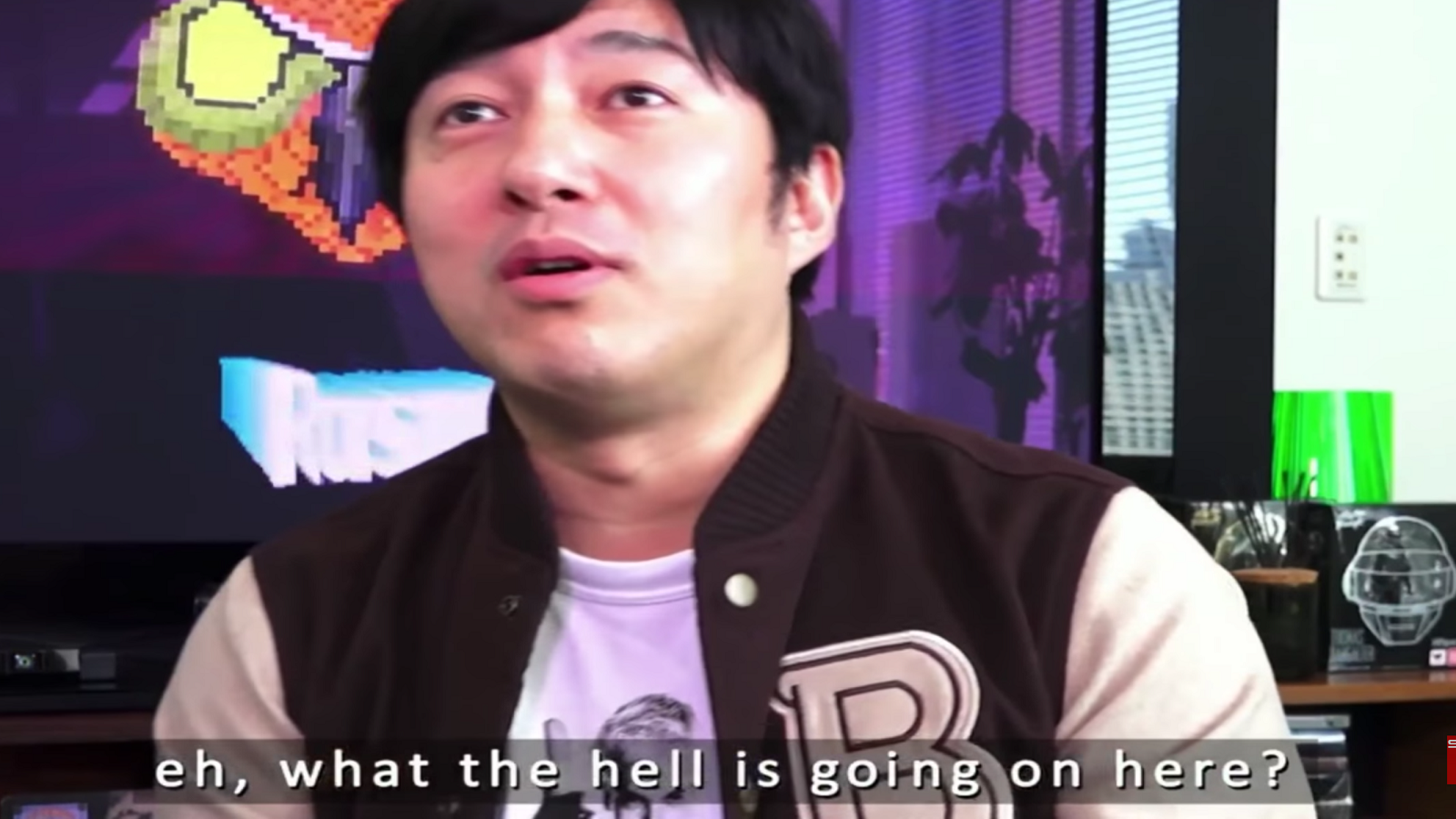 A big ol’ dose of WTF and biting critique

From jabs at pre-scripted presentations to hosting stock footage of audience reactions, Devolver Digital really takes the piss out of traditional press conferences. The first year offered such gems as Earliest Access (which is pre-ordering taken to the extreme) and Screenpay (where you literally throw money at the screen to buy games), which hinted massively at the lengths companies will go to get gamers to buy unfinished titles which are clearly still in development. The second year highlighted Lootbox Coin, which was a reference to the prevalence of cryptocurrency and Loot Boxes.

Even this year’s presentation aped the style of a Nintendo Direct with a flurry of announcements and family-friendly language (this being Devolver Digital however, it’s parodied to kingdom come). Every video is comic gold, complete with a gratuitous amount of gore and shock value that wouldn’t feel out of place in a Tim and Eric sketch. The videos do a wonderful job of disturbing the viewers yet making them laugh out loud, with the odd behaviors of everyone involved being great to poke fun at. I do enjoy the blatantly awful performances of some of the presenters, and even the overarching narrative of a greedy corporation trying to exploit their user base is a sly bite at the industry. You know, the one that you’re watching videos for.

Of course, this pales in comparison to the star of the show… 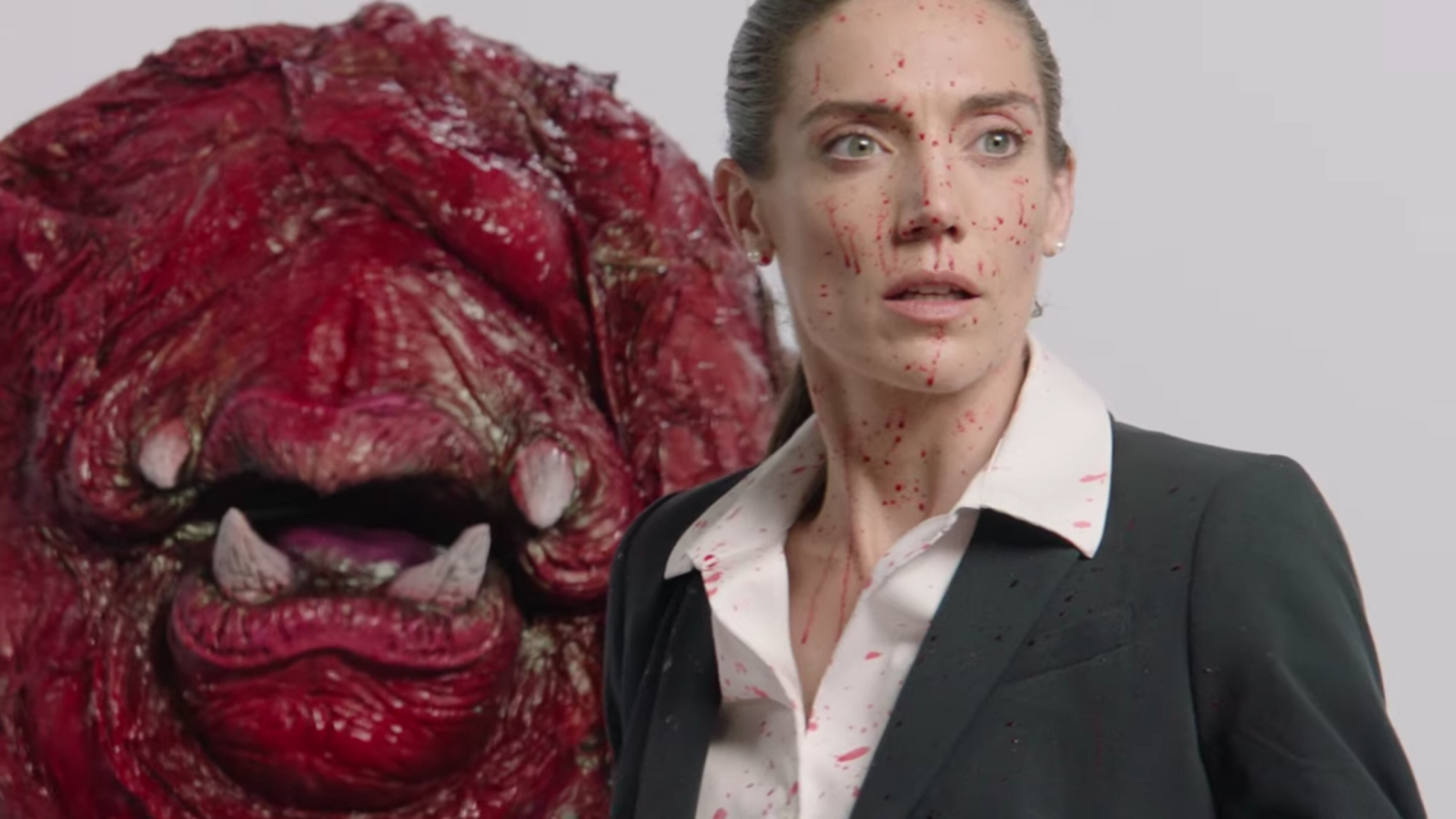 Mahria Zook’s character carries the Devolver Digital conferences, and for good reason: Nina’s the right blend of corporate and crazy, with her behavior being erratic and loveable at the same time. Framed as a presenter showcasing the company’s games, she does some very family-unfriendly things to the general public and staff, but there’s still some charm to her sadistic sweetness. I’ve come to grow with her throughout the years, so much so that I was legitimately sad when she died in 2018’s presentation….

…Which turned out to be a ploy for this year’s video, where the staff members, unsure of how to present their games mere minutes before they actually have to, do the conference literally inside her head. She’s appropriately perturbed, but still wants to make money even in the state of vegetative existence. Couple that with glitches within the presentation and ludicrous gibs, and you’ve got an appropriately tragic story for our lovably greedy corporate host. Zook’s performance is a wonderful one, and really highlights the weird charm of the whole conference. 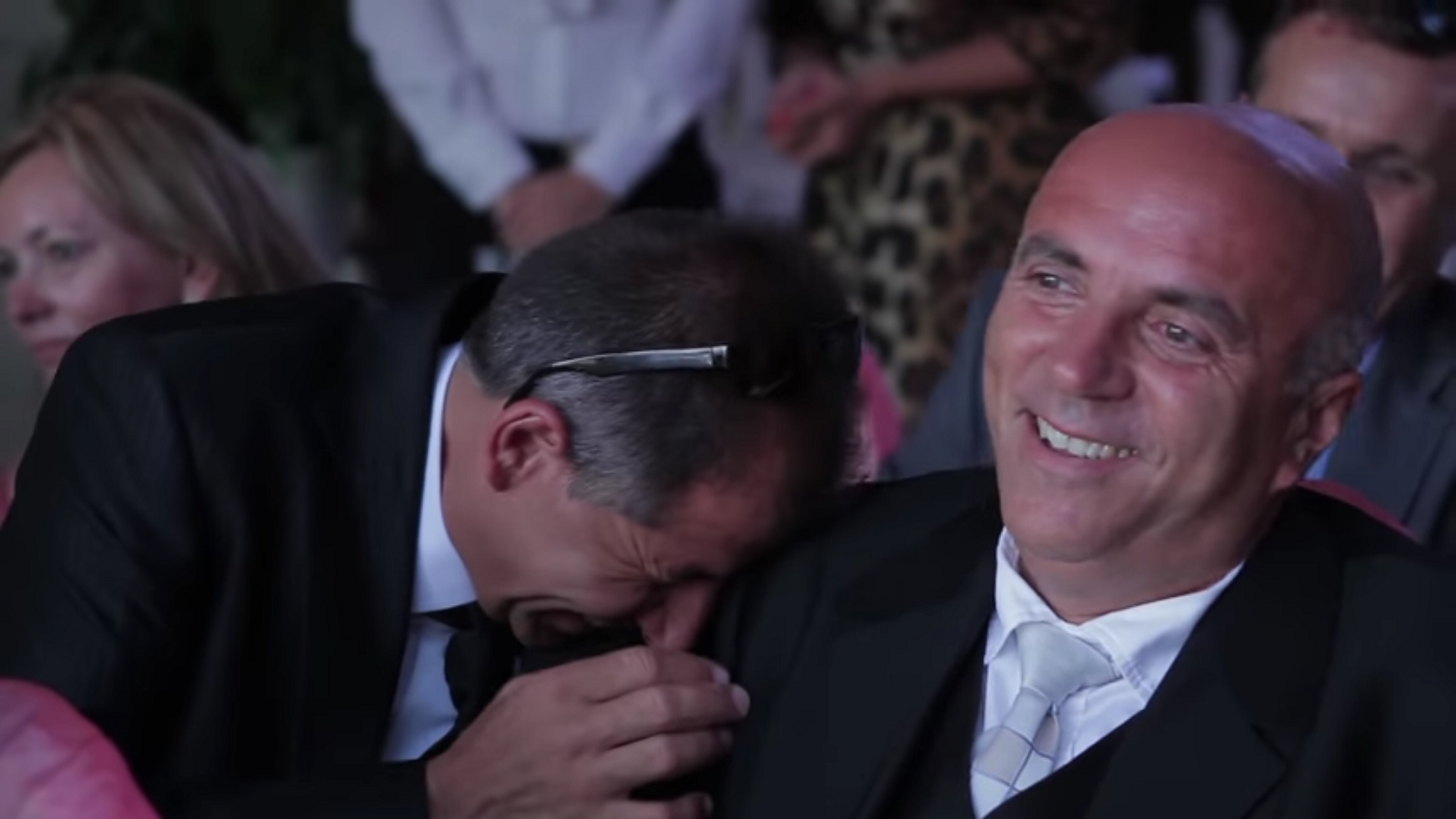 I love this stock footage.

Short but oh, so sweet

This year’s Devolver Direct was the longest of the trilogy so far, clocking in at a little less than 25 minutes. The conferences here pride on their short length, and feel more like an episode of a television show than a regular conference. Really, the only thing that I could cite as a negative is how I’ll have to wait another year for the next off-the-wall conference (which is referenced nicely in a “To Be Continued” segment).

E3 is all about the games, and almost every press conference is full of them. The reason for the almost is just because Devolver Digital doesn’t really have much to announce during these videos. 2017 had a paltry two titles to reveal (Ruiner and a Serious Sam spinoff), 2018 had three, and this one had four plus a DLC expansion and a pre-launch trailer for My Friend Pedro (which is out next week).

You’d think that this would mean there isn’t anything great about the overall content, but for some reason the slim amount of announcements make every one worthwhile. From the goofy satirical nature of Devolver Bootleg to the slick stylings of the new DLC for The Messenger, I was fondly looking for everything that Devolver announced last night. (Fall Guys’ inclusion of Jump in the Line for its battle-royale/Wipeout looking trailer was pretty cool too.) Each title was representative of the zany and diverse slate of ideas Devolver Digital is willing to greenlight (we got a bird dating visual novel a few years back, for reference), and I really can’t wait for more. 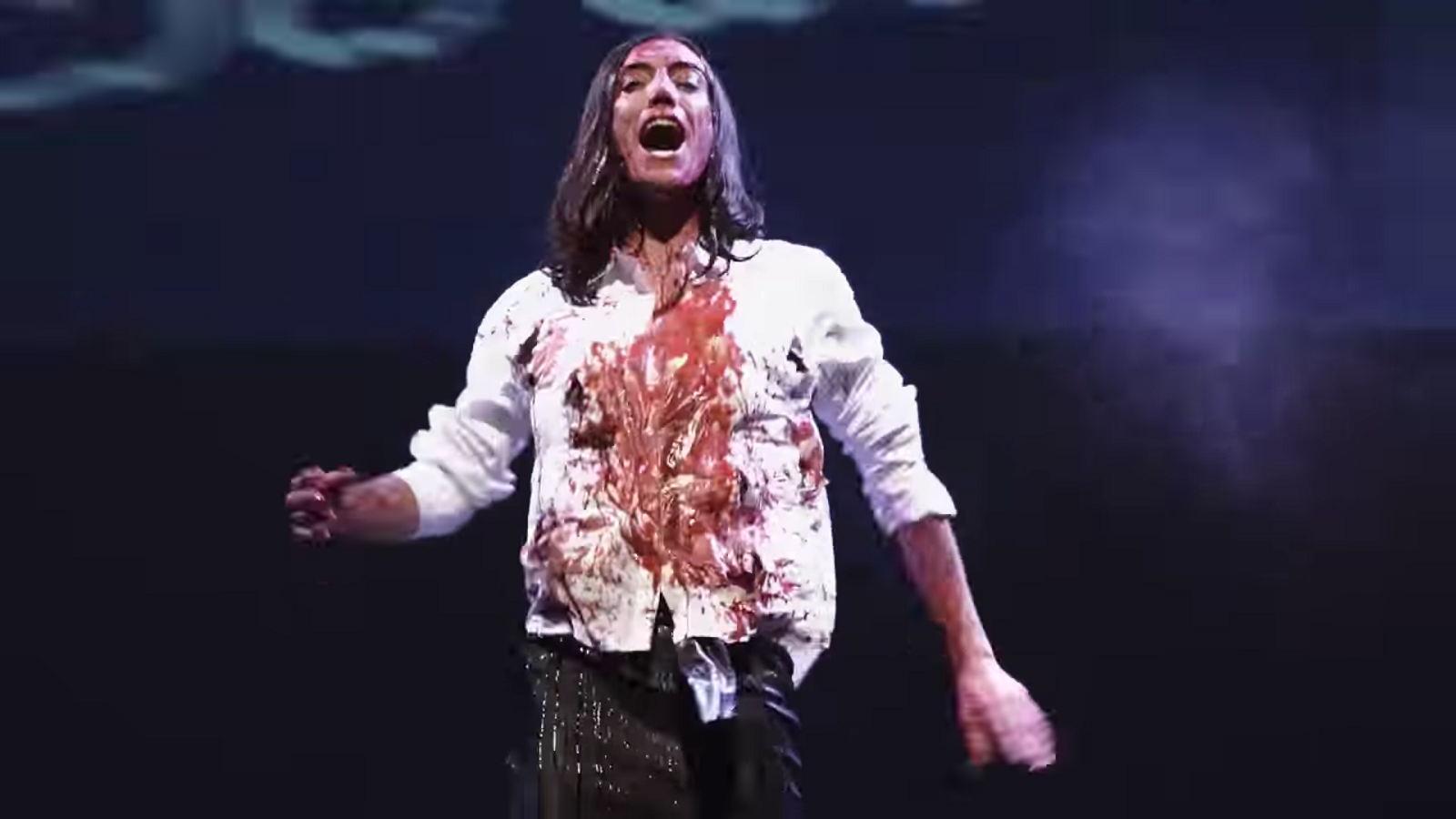 We’ve still got a ton of E3 left to cover, but I’m already grateful for Digital Devolver’s offering and can’t wait for next year. Where’s the Earliest Access version of the next adventure when you need it?

Elisha Deogracias is an aspiring accountant by day, freelance writer by night. Before writing for Gaming Trend, he had a small gig on the now defunct Examiner. When not being a third wheel with his best friends on dates or yearning for some closure on Pushing Daisies, he's busy catching up on shonen manga and wacky rhythm games. Mains R.O.B. in Smash. Still doesn't know if he's a kid or a squid.
Related Articles: E3
Share
Tweet
Share
Submit