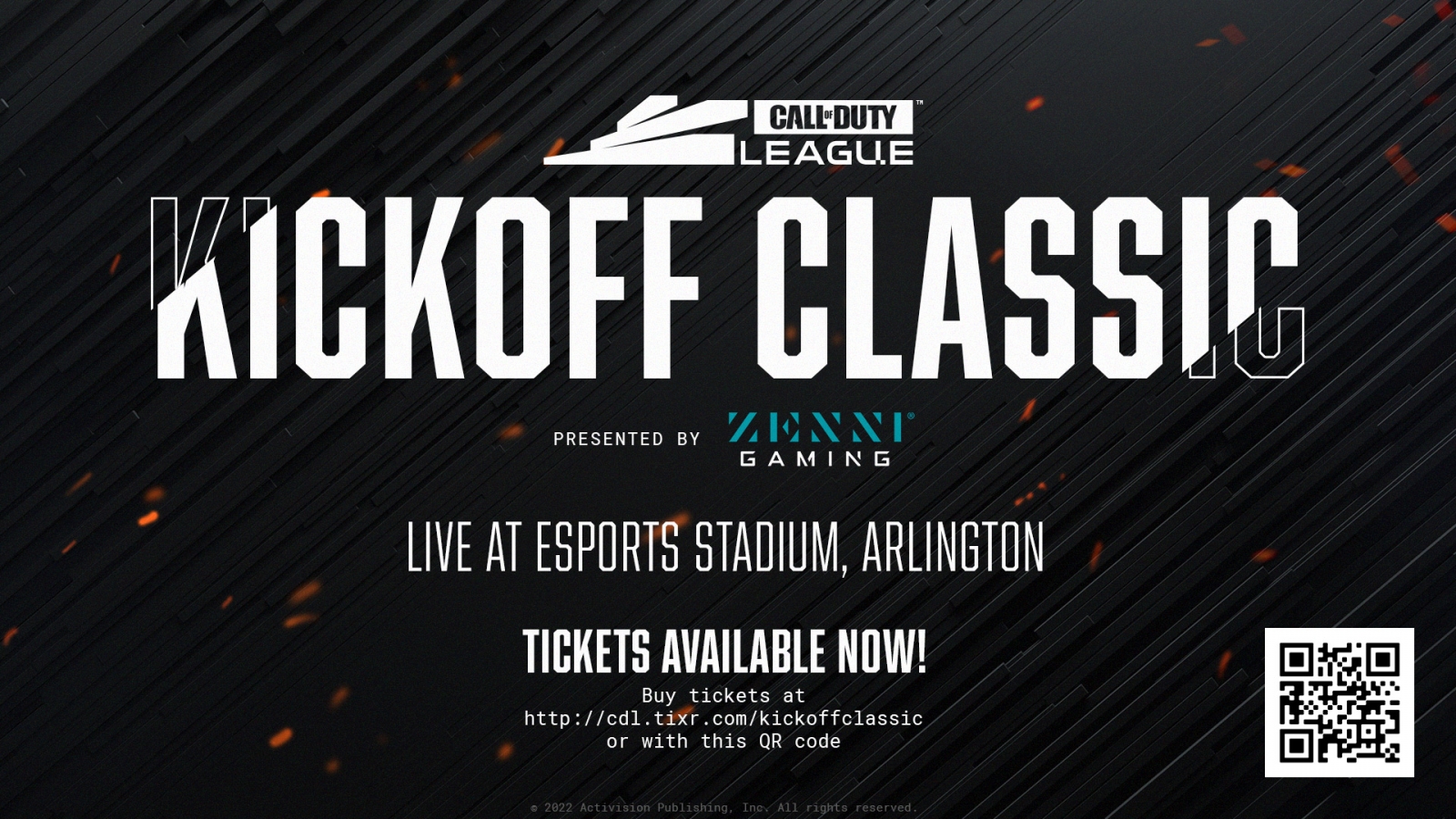 It’s time for kickoff! The Call Of Duty League is hosting their first event of the year, and it’s an in person LAN one at that! We’re very excited for it, even being a preseason battle that won’t count in the standings, to the point we’re going! That being said, we want you to have all the info available, from where it is, to getting tickets, and of course, some of the spicy storylines. Check out all the info below, and stay frosty.

The 2022 Call Of Duty Kickoff Classic presented by Zenni Gaming will be taking place at the Esports Stadium Arlington in Texas.

This event will take place over a weekend as per most Call Of Duty League matches. It will be January 21st through the 23rd, with the doors opening at 2pm and the games beginning at 3pm, except for Saturday’s and Sunday’s at 4pm.

What is the format? 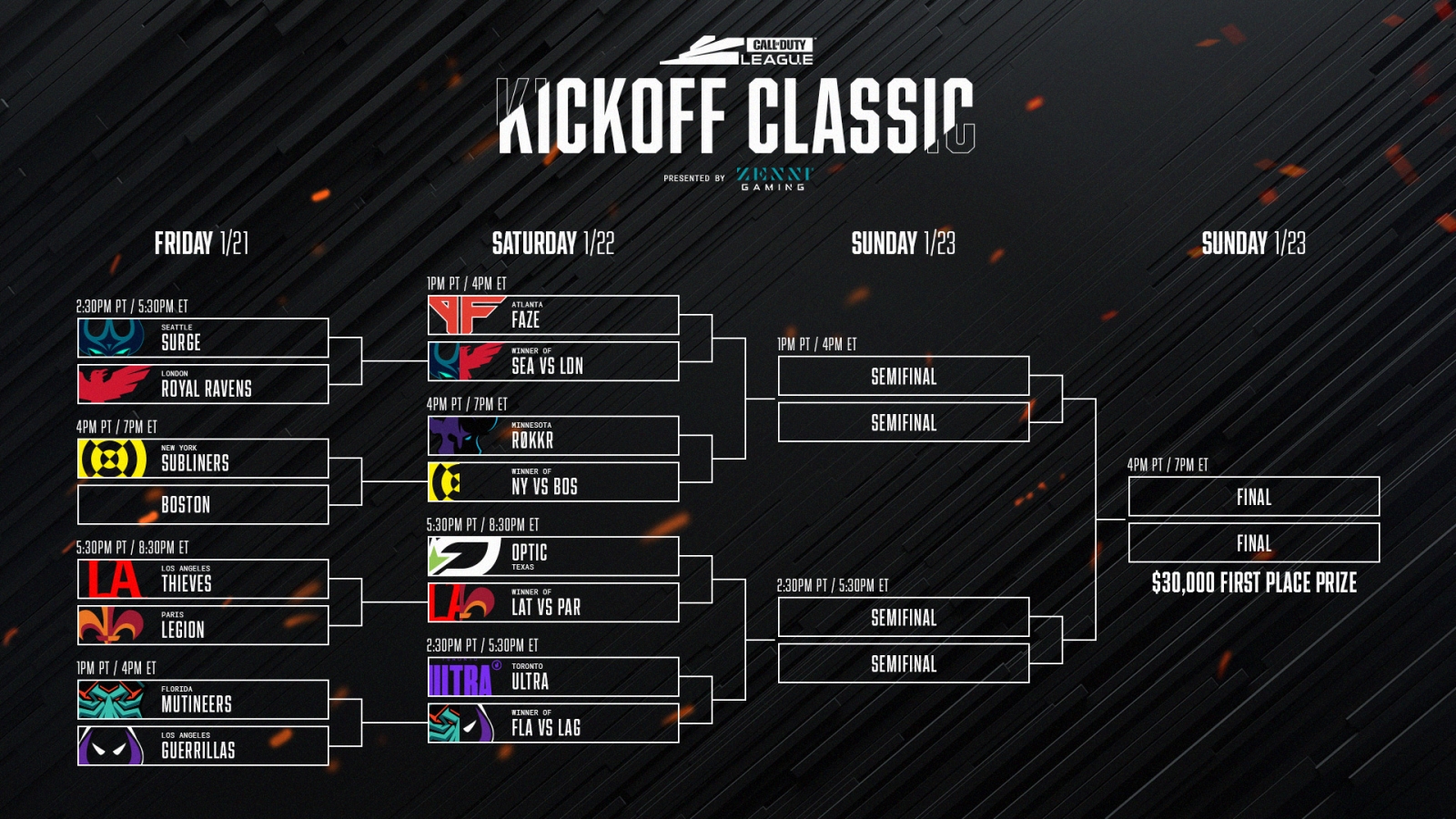 This will be a single elimination tournament (lose you’re out, win you keep going), and the league is featuring all twelve teams in the matchups. The winner will be the last team standing after the smoke clears on Sunday.

Can I get tickets? Where?

You can buy tickets here. If you aren’t able to attend, you can also watch all of the matches on the Call Of Duty League YouTube channel. What’s really cool is rewards are back for watching them there, so definitely link your accounts via YouTube (instructions here).

Now, onto the spicy storylines and hot takes!

Bold Predictions for this event:

That’s it for the Kickoff Classic! Stay tuned to Gaming Trend for our takeaways as the event takes place, and we’ll do our best to bring you content here and on our YouTube channel! You can follow the league both live and after hours on the official Call Of Duty League YouTube channel right here. If you want to jump into the game, check out CallOfDuty.com, and if you want to know more about it first, check out our review right here.