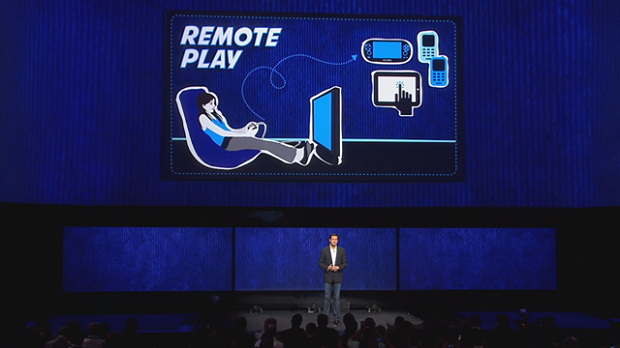 Every evangelist of the PlayStation Vita knows it’s a hard sell.

Despite unparalleled power from a dedicated handheld gaming device, the Vita’s lack of mainstream appeal has been no secret since its launch in 2011. What was once pitched to consumers as a “console-quality” handheld has become something entirely targeted to the PlayStation’s most fervent fanbase, and those interested in more obscure Japanese games.

Granted, to say that Sony is actively targeting anyone with the Vita is a bit of an overstatement. The company has said that it doesn’t plan to continue to support the system with AAA games, and has essentially relegated it to a niche that, while passionate, isn’t the average consumer that its competitors, the 3DS and the mobile market, most certainly are geared toward. Despite incredible games like Persona 4 Golden, the Danganronpa duology, and even Tearaway, one of the few contributions to the handheld from a Sony-owned studio, the Vita’s library is not one with mass appeal, and the system itself is not the accessible games device the 3DS is designed to be.

Make no mistake, there’s no shortage of great games on the Vita. However, there are very few of them that can really sell the hardware to a more mainstream audience. Remote Play? That’s a system seller.

As such, Sony has positioned the Vita in a way that makes it almost more of an accessory to the PlayStation 4 than a platform it plans to actively support by really pushing Remote Play, the ability to stream your PlayStation 4 games to your Vita and play them on your handheld instead of on a TV. It’s not like there isn’t something to that approach, because plenty of friends of mine have stared wide-eyed at the capabilities of the feature. In my experience, Remote Play works well and with little noticeable latency. In a sense, Remote Play makes the PlayStation 4’s entire library ubiquitous, as if it were part of the Vita’s catalog as well.

However, the biggest difference between a Vita and a DualShock 4 is the lack of two extra shoulder buttons, which has led to a few annoyances when playing certain games, but has actually made others entirely unplayable.

I’ve recently been playing through Borderlands: The Handsome Collection on my PS4. One night, my brother had a few friends over and they were all watching Netflix on the Wii U. I decided to pull out the Vita so I could continue my endless questing and looting through Remote Play and let the crowd of people in my living room could continue their movie uninterrupted. I expected this to be a relatively easy adjustment, as Borderlands 2 had already been natively put onto the Vita, and I assumed that the control scheme would be mostly the same.

Much to my dismay, I found that the L2 and R2 triggers had been mapped to the bottom corners of the Vita’s touch screen, leaving me stuck to aim and shoot by holding my thumbs on the screen. To paint a picture for you, this means that if I was shooting, my thumb was taken away from the right analog stick I needed to aim, and if I needed to look down my sights, I had to push down on the touch screen and was unable to move and avoid enemy fire.

This setup doesn’t seem like something anyone who actually had to use it would ever greenlight, as it made Borderlands 2 absolutely unplayable, and an identical layout was used for The Pre-Sequel.

There’s a bit of a lost in translation issue here, it seems. It’s obviously not easy to emulate the DualShock 4 on the Vita, but some games are certainly doing it better than others, while others seem to make no attempt whatsoever.

It’s not as if this kind of setup is something that is universal across every game, as games like Infamous: First Light and The Order: 1886 have control schemes that seem like someone actually sat down and played the game on a Vita to ensure that people would actually be able to use it. Maybe that’s because those games are Sony-owned games made by studios more conscious of how a game will play on a PlayStation 4 and its various features, but it still sets a good example of how Remote Play, a required feature for all PS4 games, should be handled.

There’s a reason that third party games barely used the Kinect when it was still around, there’s a reason that most third party games don’t make any sort of use of the DualShock 4’s touchpad outside of basically using it as an extra button. Multiplatform games seldom take advantage of features only present on one platform as that requires time and resources that studios don’t see the need to bother with if they don’t have to. While that mindset is certainly justifiable, Remote Play doesn’t appear to be an optional feature, and according to people like Sucker Punch’s Chris Zimmerman making a game work for Remote Play is as simple as deciding upon the button layout.

I can complain about the layout of Borderlands’ control scheme on Vita seems to be have been decided upon by someone who neither played the shooter or knows what Sony’s handheld even looks like, but what could fix the issue in its entirety is if Sony would allow users to alter what part of the Vita equates to the DualShock 4’s buttons themselves, as it seems that some developers can’t be trusted to make sure that the layout works before shipping.

Remote Play still has a ton of potential as a feature that can sell Vitas to plenty of consumers and get the system’s excellent line-up into the hands of those who wouldn’t have bought the system otherwise. Someone has to ensure that these games are actually playable on the device before they launch, especially if it’s a mandatory feature for all PlayStation 4 games.

When people ask me if they should get a Vita, I can tell them a great deal of games they can play on it, but having Remote Play, this seemingly impossible but excellent feature, to tell them about is what often sells the system for those who own a PlayStation 4. That we’re nearly two years into the PlayStation 4’s life cycle and oversights that leave games practically incompatible with Remote Play are still happening shows that Sony and third parties still haven’t quite got their heads wrapped around how to handle what makes the Vita different from the DualShock 4 just yet, or are just not that worried about the occasional game having some terrible setup might say about the feature as a whole. Maybe it’s time for Sony to implement stricter policies or allow us to change control schemes as we see fit.

Remote Play is something that would’ve sounded like a pipe dream years ago, and while Sony has taken a great many steps forward with the Vita and PlayStation 4’s ability to really talk to each other, we’re not quite where we need to be yet. These issues might seem smaller to Sony than latency and connectivity problems, but if a game’s controls become incompatible with how it’s built when you switch to the smaller screen, there’s really no point in playing PlayStation 4 games on the Vita in the first place, and that undermines the entirety of Sony’s “never stop playing” message that it pushes with features and services like Remote Play and PlayStation Now. The hurdles that most thought Sony wouldn’t be able to get over have already been handled, it’s time for the company to pay attention to the real issue that prevents games from being played through Remote Play.