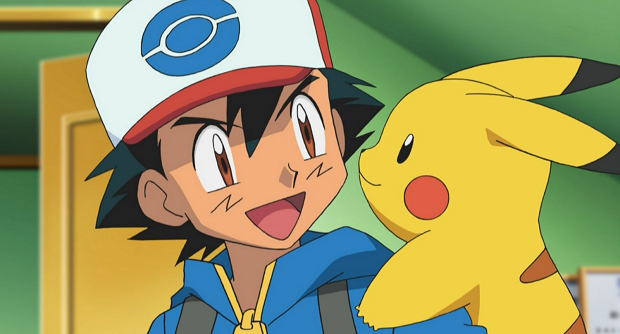 In my 22 years, there’s not a single franchise that has been more of a constant in my life than Pokemon.

Both the games and the anime adaptation rose to prominence in my small hometown when I was six-years-old and in the first grade. All my friends had their favorites, and mine was the series’ adorable mascot Pikachu. From that point on, Pikachu became a character that was, and remains, very much synonymous with me in my group of friends and family. I even have a necklace with the electric mouse on it that I got for my seventh birthday that I’ve worn nearly every day since.

As such, Pokemon ranks pretty high in a list of series that are most precious to me, and I’ve bought one of each of the series’ mainline games (my brother always bought the other), but as years have gone by, I’m starting to think that I might be doing this out of some obligation to my childhood, and the electric mouse who helped define it.

You see, Nintendo and I aren’t on the best of terms these days. I have a Wii U and 3DS, but short of my 360 that I haven’t properly used since Mass Effect 3 came out in 2012, they’re my least-used systems. I haven’t felt a connection to Mario since the original Galaxy came out for the Wii, couldn’t find the time to finish Skyward Sword in light of Uncharted 3’s launch taking over my headspace around the same time, and this detachment that I’ve felt toward much of Nintendo’s franchises has made Pokemon pretty much my sole link to the company for many years.

However, I’m finding that, like much of my feelings towards other Nintendo games, nostalgia isn’t enough anymore.

My relationship with Pokemon is one that is likely informed by the fact that I watched the TV show for a few months before I got around to getting Pokemon Red. For all of Pokemon’s thrusting the themes of friendship onto players, that is much less easily conveyed when a character is silent. So seeing Ash Ketchum and his relationship with Pikachu in the TV show influenced how I would approach the Pokemon series for well over a decade of my life.

Pokemon Yellow, the first Pokemon game that I got that was distinctly mine and not shared with my brother, was the first in a long line of games where I would project onto characters a relationship that a game would not acknowledge in-game. Or at least, not in a way that wasn’t all-encompassing and general. In Pokemon games, players have no real interaction with Pokemon that implies much of a relationship outside of the trainer/Pokemon one that has you engaging in battles, so this was the first time I had to pretty much imagine that my player character treated Pikachu like his best friend, and not just part of a team of animals I thrust into battle for money and glory.

When it comes to silent protagonists or ones that the player shapes, much of my decisions and relationships are informed by what I have to project on characters rather than just what the developers actually include in games. It’s why games like Mass Effect or Dragon Age are capable of grabbing me in ways linear narratives can’t, because I can shape relationships and characters in my own way, rather than being tied down by what the developer wants me to think.

This attachment and relationship I imagined between myself and Pikachu in Pokemon Yellow has stayed with me all this time, and it means that I have a personalized relationship with my party of six that I’ve kept for many games.

Since the Game Boy Advance days allowed me to bring the same Pokemon over between generations, I’ve had the same Raichu, Latias, Palkia, Torterra, Beautifly, and Houndoom across each Pokemon game that has come out since. This has essentially been the cast of the Pokemon series for years to me, and I can’t imagine playing a Pokemon RPG with any other six characters.

However, I’m starting to realize that this attachment to my own six Pokemon is why I’m not really feeling a great deal of drive to play the series anymore.

I’m consistently excited for a new Pokemon game when each one is announced. I buy one of each pair on launch day, but I’m beginning to feel bored playing the same thing, with essentially the same six characters each time. It’s made the fact that each Pokemon game is the treading the same ground all the more apparent to me. I’m experiencing the same thing every time I play a Pokemon game, and picking a second party is completely contradictory to why the series matters to me.

The outlier to this that sticks out in my mind was Pokemon White, which made the series standard gym battles and nefarious organization intertwined in a way that wasn’t really seen in the series before, and experiencing a different kind of Pokemon story allowed for me to get more creative in my imagined story.

As more of them have been released, it’s become harder for me to finish Pokemon games. Pokemon White 2 and Alpha Sapphire are both sitting on my shelf, unfinished. Games that would’ve consumed a younger version of myself for hundreds of hours now have me unable to get past the same prologues over and over.

In writing this, I’ve realized that the only series that has remained special to me because of nostalgia isn’t commanding my attention anymore, and perhaps, as painful as it is to consider, maybe my obligatory attempts at playing the last Nintendo series that matters to me is a waste of my time, and simply in service to my view of the series, one that Nintendo doesn’t seem to share.

Game Freak has gone on record saying that it views Pokemon as a social franchise. It shows in how deep the Pokemon metagame has gotten that competitive battling has become the focus of this series. This means that there’s no real obligation for Nintendo to focus at all on any sort of narrative outside of what has become expected of the series. There’s a weird disconnect between me and the general Pokemon community it seems, as the entire franchise has shifted almost exclusively to nurturing a competitive environment akin to a fighting game.

The thought that Pokemon could be boiled down to stats, traits, and movesets really gets under my skin, and knowing that that has become the focus of this franchise has me thinking that maybe it’s time for me to stop pretending, and maybe not buy Pokemon games anymore. What the series meant to me is no longer aligning with what it has become. It has become so stunted and set in its ways, that it can no longer support what it meant to me years ago, not unlike Nintendo itself.

If the next Pokemon game comes out and isn’t different enough to drive me to immediately buy it, it will likely mean this writer’s hard sever with Nintendo. I’m realizing now that my outgrowing of Nintendo continues only because it refuses to grow, and it took my outgrowing of the longest-running and constantly influential series for me to come to that conclusion.