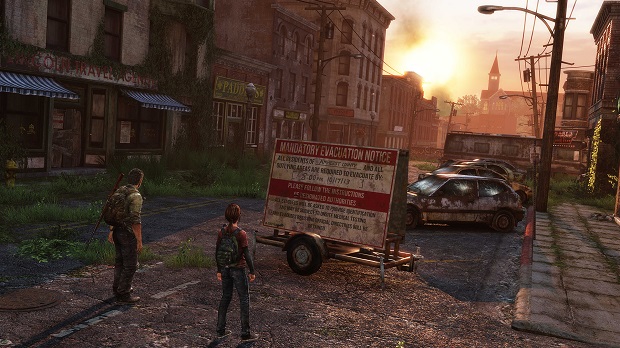 As someone who does most of their gaming on PlayStation platforms, I find myself pretty flabbergasted by the fact that I forgot that PlayStation Now’s open beta launches today. When Sony unveiled the PlayStation 4 last February, one of their biggest pushes was an upcoming streaming service that would eventually allow the entirety of the PlayStation library to be playable in a fashion similar to Netflix or Hulu.

What once was an abstract concept that would make your PlayStation 4, Vita, or even your tablet, a metaphorical PlayStation candy store, has become PlayStation Now.

As of late, the service has come under fire for a lack of PlayStation 2 and PlayStation 1 games in its current beta, high prices that don’t seem to mesh with the allotted rental time the player gets, and above all, there’s really a question as to what the need for this type of service is.

Frankly, I can’t say there’s much compelling me to get in on PlayStation Now as it stands judging by the beta.

Granted, this is a beta. This service hasn’t even properly launched. But I think Sony needs to re-evaluate how it’s presenting PlayStation Now as early on in its lifetime as possible, because while the service isn’t interesting me at this particular moment, I see a future where PlayStation Now could be the beginning of something very important to the medium and culture that surrounds video games. It could be the fix to a problem that we still have yet to fix within our industry. That problem is the long-term preservation of video games.

You might think The Last of Us came too quickly to the PlayStation 4, but the game is believed to be important to the medium, and should be readily available to those who didn’t have a PlayStation 3. Shouldn’t Sony take this approach with other industry-defining games since PlayStation Now is capable of it? What about Final Fantasy VII or Metal Gear Solid?

As much as people are complaining about the major trend of re-releases and remasters going on right now, especially as we transition into the next generation where we want games that are new, bringing games to new consoles has an undeniable appeal around four or five years after a console has launched. I know that Final Fantasy X/X-2 HD and the Sly Collection, re-releases of my favorite series from the PS2 era, were amazing to have because it gave me the opportunity to play games that I cherish after my PS2 had kicked the bucket.

While you can argue that The Last of Us: Remastered came out too soon after the original, it was still comforting to me to know that I would still have access to The Last of Us when my PS3 eventually goes out and dies on me.

The gaming industry is probably the only industry that has this issue. Games aren’t like movies, books and music, where the format they come on either doesn’t expire or is constantly updated. Games are locked to hardware that eventually dies off. One day, every PlayStation 3 will be nonfunctional and The Last of Us would have been gone into an abyss where we could never retrieve it. Now that The Last of Us: Remastered has come out, the game has another ten years of life ahead of it.

What if games weren’t tethered to hardware, but were readily available on whatever device you could get them on? That is the angle that PlayStation Now needs to be presented with. The industry doesn’t need “monetized backwards compatibility,” it needs a way to have these treasured experiences always available, even decades later. I can turn on Netflix and watch a movie from thirty years ago; I can open up iTunes and buy an album from before I was ever born. Video games need a similar way of preserving its history.

PlayStation has a long rich history of great games. If PlayStation Now can bring those games to new audiences, shouldn’t that be a primary focus of Sony’s pushing the service?

This is why PlayStation Now, as it stands, and during this generational transition period, doesn’t grab me. I want to care about PlayStation Now, but the service is offering PlayStation 3 games to me when I have that console readily available next to my PlayStation 4. Since my PS3 doesn’t have backwards compatibility, a service that would allow me to play games like Sly Cooper or Final Fantasy X on my PS4, now that my PS2 is gone, is a much more enticing service.

One day when my PlayStation 3 is dead and my Sly Collection and Final Fantasy X HD are nothing more than paper weights, I’ll want to be able to see Sly again; I’ll want to be able to visit Spira. There’s going to be a time that I won’t be able to, and that terrifies me. PlayStation Now could one day fix this, but all it seems to be capable of doing now is fixing a short term problem and knee jerk demand for backwards compatibility that almost every console suffers from when it launches.

PlayStation Now is a service with some of the most incredible and currently squandered potential of anything coming out of the latest consoles. But right now, all it feels like is a fix to a current hardware shortcoming in the PlayStation 4, when it should be Sony pushing forward the notion that games shouldn’t be as disposable as the boxes you play them on.