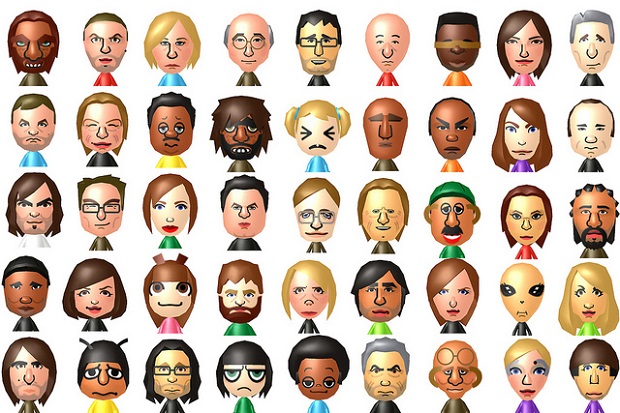 I have a theory:

None of the higher-ups at Nintendo own or have played a Sony or Microsoft console.

I laugh at my joke, but it’s not like I say this without reason; the reason being that I find it hard to believe a company with such cumbersome and archaic services could actually be fully aware of the superior user experiences that their competitors are offering.

Like many, I’ve been playing Super Smash Bros. for 3DS over the weekend, and found that I needed to download the game’s latest patch in order to play online. As I spend most of my gaming time on PlayStation, I foolishly expected to be whisked away to a download screen for this patch, only to be told that I needed to close out the game, open Nintendo’s online store called the eShop, find the patch on its own “product page” and then download the update from there.

Meanwhile, if I want to download an update on a Vita game, it’s signaled to me before booting it up and it can download in the back end while I play.

You can throw the Vita’s lackluster sales up all you want, the platform is still a competitor for the 3DS and Nintendo should be willing to learn from its strengths in order to improve their product.

This all goes back to what is probably Nintendo’s biggest problem, but one that the company insists isn’t an issue: Nintendo is too proud to consider itself a participant in the “console wars” and doesn’t view Sony and Microsoft as its rivals in the same market.

Nintendo is a company that is very adamant in its goal to differentiate itself from others in both the hardware and software department. It’s why the Wii U Gamepad exists, it’s why the Wii remote came to be and it’s why the company will probably never release a handheld with only one screen again. There’s something refreshing about a company willing to challenge what it believes is the status quo of an industry, but what about when this mindset becomes destructive to consumers? What about when a company seems completely out of touch with what the market demands?

Nintendo puts all its power behind its extensive catalog of IP, believing that it will be enough to give it an upper hand in the console war. But if the user experience Nintendo presents to players is poor, are its mascots enough to bring players back?

That’s become Nintendo’s biggest problem, and will continue to be a setback for it until it accepts that it’s running in a race and it’s falling too far behind. Nintendo seems to have taken a stance that it knows what’s best for its customers and not the other way around, almost as if Sony and Microsoft are these “bad influences” on Nintendo fans that have lost sight of what video game consoles should do. Nintendo begrudgingly integrates some features (i.e. Nintendo Network, HD display), but there’s always some disconnect between what it rolls out and what players have come to expect with a PlayStation and Xbox.

Back in June, Nintendo told Polygon that the Wii U wouldn’t be getting native Twitch streaming because the company didn’t understand what could possibly be fun about streaming for consumers. Meanwhile, the PlayStation 4 has supported it since launch and the Xbox One has since March. As of the first three months of the PS4’s lifetime players had streamed over 1.7 million broadcasts, and that number is probably something way more ridiculous now that the console’s been out for nearly a year.

Nintendo still doesn’t get how to properly set up an online service, because everything is still unorganized and unintuitive. Anyone who has played Mario Kart 8’s online multiplayer knows that you can’t talk to other players during races and that you can’t set up races natively on your console.

And how has the concept been around for nearly a decade and the Wii U still doesn’t have a ubiquitous achievement/trophy system? This feature carrying over from one console to the next has been proven to incentivize players to stick to one ecosystem after a generational shift, yet Nintendo just chooses to not include them. Some of Nintendo’s games have their own in-game achievement systems, but this isn’t a proper replacement, it’s a half-hearted inclusion of the idea without a proper understanding of how it could benefit the company’s future hardware.

How is it that Nintendo continues to get these things wrong when they seem like such obvious oversights to players who have played online on PS4 and Xbox One? In a way, it seems like the Wii U is even behind the PlayStation 3 and Xbox 360 in many respects.

Nintendo is rightfully considered one of the most influential company’s in the games industry. It’s brought out many games, services and peripherals that have caused major pivots in the market, like how the Wii remote and Miis greatly influenced the latter half of the Xbox 360’s life cycle. However, Nintendo seems completely content to not learn from their rivals as a means to improve Nintendo customer’s experience.

All of these shortcomings keep occurring because Nintendo prioritizes its desire to be different over what its consumers want. Nintendo seems to be the most determined to make its devices gaming consoles instead of the “entertainment hubs” the PlayStation 4 and Xbox One. As noble as that cause may seem to the company, it’s not a valid reason for so holistically ignoring the success of the other consoles that has brought forth a wealth of new features, improved services and an altogether better experience for users.

Nothing Nintendo does validates its active desire to not take a page from Sony or Microsoft’s book to improve its online infrastructure, fix the usability of its online store or adopt various features that the PS4 and One have. It’s common business sense to learn from your competitors mistakes and, even more importantly, their successes. It’s why Sony knew how to present the PlayStation 4 at 2013’s E3, it’s why Microsoft pulled a 180 on the Xbox One’s DRM and Kinect.

Whether Nintendo likes it or not, it’s a part of this race, and if it continues to deny that fact it will remain ten steps behind Sony and Microsoft.