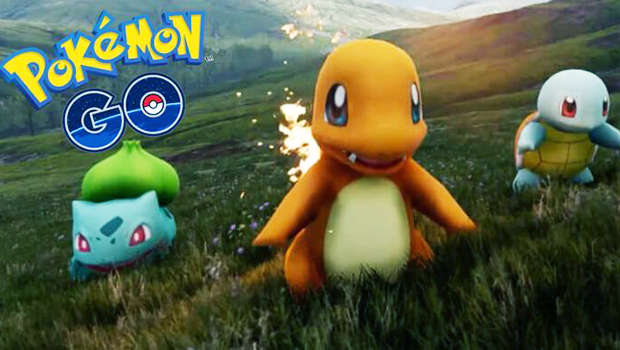 “Pokémon Go is going to suck,” I said with confidence, “but I’m going to waste so much time on it.”

I made this very incorrect prediction about the quality of the game a mere three hours before Pokémon Go hit the US market. I’ve always been a sucker for Pokémon games, and I had mentally prepared myself for a gimmicky, silly little app which I would have to shamefully play in secret, lest I be judged for falling in love with a horrible game. With the game’s rocky launch, crashing servers and massive downtime, it felt like my initial assessment of Pokémon Go was not going to be too far off.

One day later, I found myself drawn to an open-air mall in Hollywood, unable to resist the siren song of three Lure Modules clustered together. I mentally thanked the players who set up the Lures, and busied myself catching Pokémon as quickly as the lagging Starbucks Wifi would allow. I was enjoying the pleasant night from a secluded corner of the mall, a cool breeze on my skin, and the laughter of a nearby fountain filling my ears.

“Battle on, trainers!” A 20-something Asian man in glasses and a ski cap shouted, raising a hand in farewell as he left the area. A chorus of shouts went up, followed by stunned silence. There were dozens of us scattered across the courtyard, from the middle school girl with a Mickey Mouse cellphone case to the middle aged businessman who had not fully undone his tie. We spanned ages, sexes and races. We began to converge, chatting as we tossed Pokéballs, comparing our levels, the CP of our Pokémon, and talking strategy.

The experience was so powerful and impactful because we realized that we weren’t battling random NPC’s to take over the nearby gym; we were actually competing against the group of teenagers defending it from the bench on the other side of the courtyard. We weren’t taking advantage of some randomly boosted spawn points, we were benefiting from the generosity of a woman who had received a raise earlier that day and decided to celebrate by purchasing a stack of Lure Modules.

Gamers across the country are filling social media sites with similar stories. These individual tales are coming together to weave a tapestry of camaraderie. In an age when many Americans have lost their sense of community, inspiring this type of sentiment on such a large scale is no small feat. While the power of the Pokémon franchise should not be underestimated, there are two additional factors driving the immense popularity of Pokémon Go.

When tragedy strikes, Americans seek distraction, and Pokémon Go‘s US release came hot on the heels of a week punctuated by tragic and violent news. Carlos Stevens stated that, despite the financial hardships of the Great Depression, “Americans went assiduously, devotedly, almost compulsively, to the movies.”  Americans have not changed their tune since the 1930’s; recessions historically result in an increase in spending on vacations and leisure. It seems that Americans as a whole prefer to cut their costs on housing and clothing rather than miss the recent blockbuster movie or must-have video game. Pokémon Go may have lucked into perfect timing; its US release coinciding with the consumer desire for an escape from a week filled with tragedy, gun violence, and scandal.

The second and somewhat unexpected factor is the sense of camaraderie and community the game inspires. Pokémon Go physically brings people together, forming a real world community in a way that virtually no other game has achieved.

The Pokémon Go map feels alive, vibrant, and dynamic. It is ever-changing and full of activity. Petals swirl around PokéStops equipped with Lure Modules, beckoning to players. Gyms tower over the map, throwing up real time clouds of dust, fire, and lightning bolts as they are challenged. You see something happen in your game, and you can’t help but look up from your phone with the hope of spotting the person who made it happen. In an era when most Americans don’t know their neighbors and have no reason to get to know strangers they pass on the street, Pokémon Go offers an almost entirely foreign sense of community. It’s hard to feel alone when you see so much activity all around you.

Only time will tell of Pokémon Go’s longevity. It may take steps towards building a sense of community for upcoming generations, sewing seeds of camaraderie which will help ease tensions across the country. It’s also possible that its popularity will fade away over the next few months. “Video game creates a sense of community after a tragedy” sounds like a clickbait Internet headline, yet the reality of this statement seems to be unfolding before our eyes. Whatever the future holds, there is no denying the impact that Pokémon Go is having on the here and now. To all my fellow Pokémon players out there: Be smart, stay safe, look both ways before crossing the street, and battle on, trainers!

What’s your Pokémon Go story? Please share it in the comments!