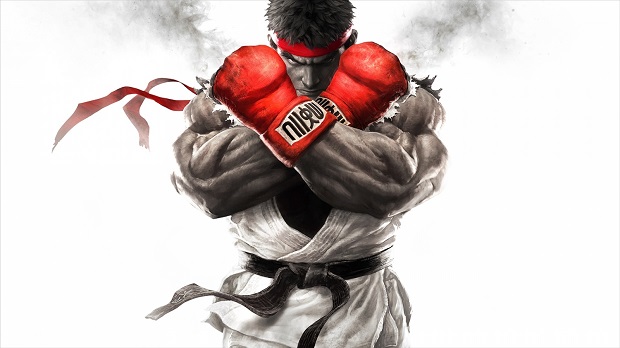 Believe it or not, even after years of being submerged in video games and gaming culture, my first time playing a Street Fighter game happened about a month ago at Sony’s E3 booth. One of my Gaming Trend colleagues and I walked over to a demo to play a round of Street Fighter V. He was lucky enough to have his main readily available in Cammy, and I just picked Ryu because he was a character I’d grown to recognize over the years.

I had enough fighting game experience to get some semblance of an idea of how it all worked, and I must’ve been doing well, because even while he was winning my colleague said in the middle of our fight, “Oh crap, you’re figuring out how to use Ryu.”

I consider myself a pretty big fan of fighting games, but what I played of Street Fighter V felt markedly different than the fighters I typically excel at, at least while playing as Ryu, in that there was something about the game that felt more methodical than I was used to. Playing as Ryu whenever I had a spare moment at this year’s E3 grabbed me in a way that most other games I played at the event didn’t. I had a nagging feeling that Capcom’s long-running fighting series was something I had been missing out on for far too long, and it felt different than every similar experience I had had with fighting games before.

It’s strange to talk Street Fighter like it was something brand new at E3. I’ve spent years with images of Ryu and Ken facing off imprinted in my brain when I thought of fighting games, but had never actually been the one controlling the action. When walking around conventions with Ryu cosplayers shouting “Hadouken,” I immediately knew he was referencing the prolific fighting game icon’s signature move, even if I hadn’t used it myself.

I saw Street Fighter for the influential fighting game it was, but it wasn’t until I allowed myself to play it that I really started to see the series as more than just an symbol and as something I could see myself actually getting into.

A few weeks after E3 I finally bought the PS4 version of Ultra Street Fighter IV (despite its apparent technical issues) in order to get more than just the basics down ahead of Street Fighter V’s launch. I must admit, the predecessor wasn’t catching my attention the way that Street Fighter V did at E3, as the game is over seven years old now. I was left feeling a little disappointed that I couldn’t play what appeared to me to be the better game immediately after spending so much time with Street Fighter V.

Even so, I knew that playing Ultra Street Fighter IV was a means to an end, and that it would help me be a more experienced player when Street Fighter V came around.

As weeks went on, I was still steadfast in my desire to become adept at Street Fighter, so I figured it made sense to watch the EVO 2015 Championships. Not unlike Street Fighter, EVO was another part of the fighting game scene that I understood the significance of to an extent, but it wasn’t until I actually had the livestream set up on my television that I grasped that it was an event to the fighting game community not unlike the Super Bowl would be to my friends and family.

Complete with commentators waxing on about the history of the competitors, cheering crowds, pages of commentary from my friends and colleagues on Twitter, EVO was the video game sporting event that I’d never really seen in all its glory until Street Fighter gave me a reason to.

Watching the finals for Ultra Street Fighter IV immediately called to mind Street Fighter V’s reveal trailer, one that I was present for when it premiered at PlayStation Experience.

Playing Street Fighter V, watching the EVO 2015 finals, and then following it up with this trailer reminded me of what I’d missed out on, and it gave me a new appreciation for Street Fighter, the fighting game community, and my own gaming history.

As I’ve grown up, the fighting game genre has been a constant in my life, beginning with the first game I ever played: Killer Instinct.

My history with fighting games would likely be considered unorthodox, as it wasn’t until I was much older that I played many of the series that are considered staples. After Killer Instinct I went on to play games like X-Men Mutant Academy, the Dragon Ball Z Budokai series, and then when I was cognizant enough to know better I began playing games that were more acclaimed like Soul Calibur and Dead or Alive.

Even if I didn’t end up enjoying them, I gave almost every major fighting series a try over the years. Even if they didn’t stick with me, I gave series like Virtua Fighter, Mortal Kombat, and Tekken a shot, and always thought myself a fairly well-versed fighting game fan. Even now, games like Marvel vs. Capcom 3, Injustice: Gods Among Us, and Persona 4 Arena Ultimax are constant time killers for me and my family, the latter of which is probably my favorite fighting game of all time and the one I’m most proficient at playing.

Street Fighter V’s announcement trailer, titled “Rise Up,” is evocative of something you’d see on a sports channel, hyping up the audience about the road to victory that can only be crossed after repeated failures and repeated retries. It shows images of Street Fighter fans, both young and old, celebrating the series’ long history. What began in Japanese arcades before I was even born has helped to spawn a culture not only in the competitive fighting scene, but in the fighting game community as a whole.

To a great deal of people, Street Fighter is more than this finely-tuned fighting game that has been around for decades. What I simply chalked up as an influential fighting series for years was so much more to so many people who have played it over the years, and you see it in the wide array of ways that fans express their excitement and passion for this franchise in Street Fighter V’s announcement trailer, from smaller moments like winning your first match at an arcade, to life-altering ones like getting a tattoo of your favorite character. We even see street artists making huge murals of Chun-Li and Sagat and collectors with enough Street Fighter merchandise that it spills off the shelves and onto the floor. These moments are all sprinkled in between shots of events like EVO and Street Fighter matches in arcades, and seeing this outpouring of fandom with new eyes showed to me that Street Fighter is something I want to be a part of, even if I’m over 25 years late.

This level of passion isn’t something that most series can flaunt, and even the games that mean the most to me haven’t yet reached this level of admiration to such a fervent and driven audience. This enthusiasm is contagious, and this series and its role in fighting game culture is one that I no longer want to ignore.

As Street Fighter V’s beta nears its beginning hours later this week, I’ve become more invested in getting past my grievances with Ultra Street Fighter IV and being prepared to take on the world as Ryu as the public gets its hands on the game.

My Street Fighter story is just beginning, and I hope one day I’ll be able to consider myself among these people who have become part of its larger culture.