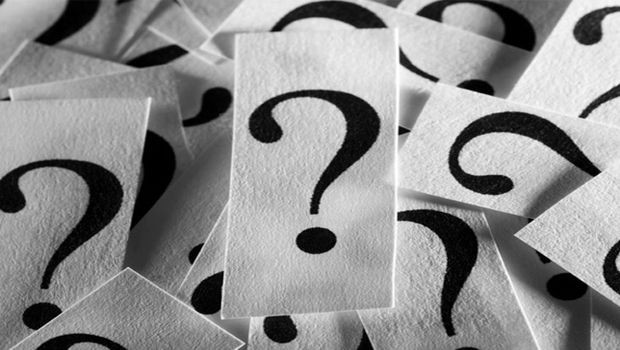 Bioware has made it their business to not only deliver remarkable personality and character development with their games, but also display some fearlessness by broaching the potentially divisive or even offensive topics therein. These explorations exceed just the murky greys found between the bookends of good and evil, but the much more personal trials of sexuality, classism, faith, and liberty. For many players, engaging a Bioware title isn’t just an opportunity to guide a hero’s motivating but often unrelatable journey to save the world, but role-play their ethics. They get to materialize or discover parts of their various alter egos they may never have known before, such as Mike Rougeau did, and in effect perhaps even more about themselves.

As I conceptually molded the lump of virtual clay that would be my Herald in Dragon Age: Inquisition, I had no idea his journey would begin where many others culminate. I did not know I was giving breath to Thedas’ next messiah, and I knew even less about how I was going to feel about that.

As my friend and colleague Kenneth Shepard mentioned in his piece how his own atheism sculpted many of his characters motivations and opinions, I was little shocked how my own belief structure would play such a large part in my experience. I mean, sure, any game that offers even the most ambiguous moral decision making will be at the mercy of your own, pre-ordained, points of view. But normally these junctions are very pointed and directly associated with a set of rewards or penalties. If you don’t rescue girl ‘A’, during conflict ‘E’, she is not there to assist you in situation ‘F’, and so on. However, in Dragon Age: Inquisition, these dilemmas are not so transparent, and very often they have to deal with your opinion of the afterlife.

For many years, and for lack of a better word, I’ve considered myself agnostic. It’s a perspective far and away from how I was raised, something I’ve often been teased for thinking, and contrary to some of the events I’ve actually witnessed. But, it is also the way I most regularly feel, and far more polite than telling people “get your nose out of my business” when they ask me probing questions about my spiritual beliefs. But just the same, it’s admittedly a non-answer for a historically polarizing inquiry; A fence to be sat upon in avoidance of troubling and pointless conflict.

Attending both a public school and a Christian academy, I found myself not only with more questions than answers in the end, but a distaste for the subject of religion altogether.

But as the Herald there was no middle ground… not really. You have been placed at the point of the spear piercing the heart of Thedas’ chaos, and whether in defiance or duty, you have been burdened with the task of finding the answers the world desperately needs or inventing them in their stead. You’re a military leader and a spiritual icon, and even if running away and hiding under a rock were an option the game allowed, it’s made pretty clear there is no shadow dark enough to hide the light that now shines upon you. You are the new messiah, literally, even if you hate what that represents.

Majeso’s ill-fated shooter Advent Rising is one of the first titles I ever played that had no qualms calling your character God, although the franchise didn’t survive long enough to explain what that actually meant.

Now, DA: Inquisition isn’t the first title to poke around religious symbolism in an intimate way, or even directly parallel your character to a Christ-like figure. In many ways defying death and portraying some incredible figure who leads his people to some form of salvation is video gaming’s primary stock and trade. But rarely have they been told with the level of emotional elasticity that Dragon Age: Inquisition achieves, and never before has the discomfort of being in that position been one of the primary thrusts of the experience.

I started feeling the pressure early, often finding myself blankly staring at a screen littered with difficult choices that were staring right back. However, thanks in part to my experience with Dragon Age II’s final moments, and Inquisitions removal of approval scales, it didn’t take too long for my Inquisitor to simply start making decisions. Despite the brutal repercussions that Bioware often likes to pay to its players, I found myself eventually just diving in with a very “consequences be damned” attitude. While I tried to keep Soloman, my Inquisitor, a “good man” for the most part, as the dangers began to mount and the stakes started to pile on, I found him (myself) starting to resent the burden. He didn’t ask for the responsibility or the power that came with the mark. He didn’t want a throne, or to pass judgment on others from it. And he certainly didn’t humor any desires to speak towards the nature of the soul.

Albeit a passive one, Soloman began to harbor a deep seeded resentment towards those who looked toward him for guidance. Those who foisted off their own choices and saddled him with the consequences, all the while chanting “Guide us, oh Herald of Andraste! Lead us!”

But, (and perhaps early on depending on how you play the game) Soloman and I found a moment of absolution, and it emerged with the judgment of Livius Erimond.

When Livious is brought before you for judgment after the siege of Adamant, there is no question that he is among the worst war criminals the Inquisitor will have to face in trial. Not only did Livius joyfully indulge in the corruptions of Blood magic, he used that power to defile and confuse the Grey Wardens and blacken their name. He is a murderer and sycophant, spitting on your authority and laughing at your threats and impotent wraith.

Like he, Soloman was a mage, and as Livious boasted that even death would simply free him to be closer to his master’s side, it only made his choice of punishment clearer:

The satisfaction that swept across me as a player as I watched the upstart scream and beg whilst he was taken away was palpable. I had no doubt about this choice. Giving Livius the feared and hated brand of Tranquility was not only the best option, it was the right one. I utterly ignored the reactions of my inner circle as their various approvals and disapprovals tallied across the screen. After all, it was easy to bark opinions when you’re leaving it up to someone else to make the actual decisions. And that’s when I saw it. A new quest had appeared: How Could You.

I would give up my last five year’s worth of sweet, sweet head-shot memories for just another two minutes listening to the skittering piss-ant squeal as he was dragged off to his final judgement…

How Could You is small war table mission regarding the mage populations reaction (that is, if you sided with the Mages) to the Inquisitor using the Right of Tranquility as a punishment. In the world of Thedas, Tranquility is only used on Mages who are deemed unfit to pass their Harrowing, their rite of passage and proof they can resist the lure of demonic possession. By using it for any other reason than that was considered an act of near-villainy, even if it was justified. The inciting incident of Dragon Age: Inquisition, and the climax of Dragon Age II, was founded on the abuse of the very ritual I had brandished. And just like that, while Soloman remained confident in his judgment, me as his player felt sickened. I felt myself looking at my avatar and remembering a quote from Harvey Dent in The Dark Knight, “…you either die a hero, or live long enough to see yourself become the villain.”

Now, I don’t want to give the impression that I agonized over this. I didn’t lose sleep out of fear that a bunch of make-believe characters were suffering unjustly because of my whimsical decisions. But, in light of the games theme, it did give me a moment of philosophical pause. With what Soloman knew as the Herald, a man who at this time had physically walked in the world of the afterlife and experienced numerous “impossible” events, Livius was a threat that required unconventional means to arrest. While shouting how death would only bring him closer to his master may have seemed an empty taunt to others, to Soloman, it was a very real possibility. Soloman’s leadership and metaphysical gifts had laid upon him a burden of knowledge that others could never know or understand beyond a very limited point, where their empathy ended and their faith began.

For my Herald, Soloman, demons were facts, not stories or metaphors. Seeing first hand what the afterlife could hold weighed heavy on his heart and decisions.

In juxtaposition to my own, real, life, it was odd how much I understood that notion. I don’t live in a world like Thedas, where points of faith can have measurable degrees of tangible effect. But I have experienced a life where the majority of my own ideas and beliefs are based on circumstances that can never be conventionally proven or empirically shared. The tapestry of “me” is a unique one, that derives its legitimacy not from the approval or disapproval of others, but how much I believe in my sense of self.

Invoking these types of thoughts and emotions, while at times cliché’, is true proof of video gaming’s artistic potential and capacity for phenomenal expression. The fact that I could imbue a digital avatar with enough emotion to make me reflect upon myself is what makes so many Bioware games special and Dragon Age: Inquisition special among them. I don’t know if Soloman would be remembered as a herald or a heretic in his world, but the fact I can ask that question gives him a type of humanity.

Soloman’s romantic choice in DA:I was Josephine. Not only because she was cute and bubbly, but because as a non-combatant always seeking peace through the power of the pen, she reminded him of the basic human values the Inquisition stood for.

The principles that Dragon Age: Inquisition is written upon is based on the power of ideas, even in the face of unbelievable things. It serves the notion that while our reality is what binds us, it’s what we think and feel that motivates and keeps the machine of mankind chugging forward. Personally, I think that no matter what any of us believe, that’s an idea we can all get behind, and it’s good to know that even in this pessimistic day and age, we can find reminders in so many places. Even those with apocalyptic, demon-raining, earth-shattering holes in the sky.