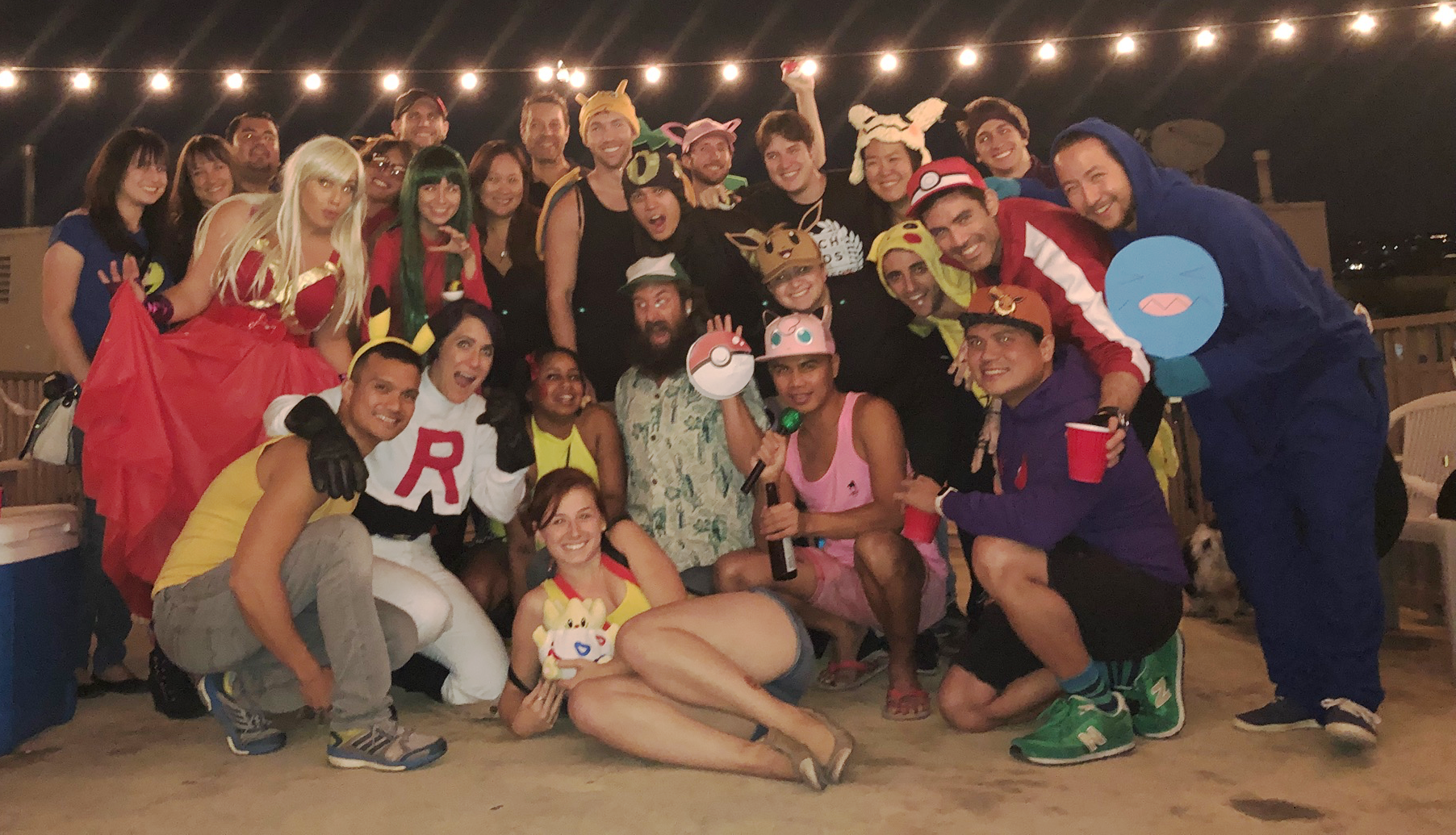 It’s been a year and a half since Pokémon GO, Niantic’s augmented reality smartphone app, took the world by storm. For a brief few weeks, it seemed like everyone and their mother, or at least everyone and my mother, were chasing virtual pocket monsters through their cell phone cameras. I wrote about the power of community in Pokémon Go back in July, and because the hype has died down considerably since then, it surprises many to hear that the Pokémon GO community is still going strong.

During Thanksgiving week this year, Niantic challenged trainers to catch 3 billion Pokémon globally in a single week–a challenge which was not only met, but exceeded. The Global Catch Challenge started on November 21st, and Niantic announced via their Twitter account that 3.36 billion Pokémon had been captured as of the 27th. Impressive numbers, and it shows the power of the still-dedicated player base, but numbers only tell a small part of the story; Pokémon GO has formed close-knit groups of friends brought together by a change in the game’s meta, the most effective way to level up and maximize your time.

Once upon a time, Pokémon GO was dominated by the walkers. Those who walked the most had the highest chance of encountering and capturing more Pokémon, they also were able to quickly hatch eggs, unlocking XP boosts, stardust and access to potentially powerful and rare Pokémon. Things changed with the release of Raid Battles, limited-time events which give trainers the opportunity to team up and battle Pokémon which are generally too powerful to defeat solo. Some of these tough and often rare Pokémon require as few as two trainers to defeat, but one such creature, the legendary bird Lugia, could not be defeated unless at least 12 trainers came together to fight at the same time and place. This emphasized the cooperative aspect of the game, making it more important than both competitive and solo play.

Raid Bosses appear at gym locations for only a short amount of time, spawning first as an egg, which gives players a one hour warning to locate and coordinate the raid before the boss hatches, at which point they have only a 45 minute window to physically get to the raid, group up, enter the battle, and defeat the powerful Pokémon. Taking down a Raid Boss rewards everyone who participated in the fight with as much as 10,000 experience points, a huge experience boost which effectively shifted the meta of the game. Gone are the days when the walkers dominated the land; the age of the working professional has dawned.

The time-sensitive nature of Raid Battles rewards people who can effectively communicate, plan, and meet up. Children and students are generally out of favor with this style of gameplay, as their days are often dominated by school schedules. Adults and young adults in urban areas who are able to flex their schedules a bit more to dash out attend nearby raids during smoke or lunch breaks, have become the new face of Pokémon GO. Coordinating across Slack, Discord, and even Facebook, and brought together by daily raids, trainers quickly learned each other’s faces, names, and schedules, and friendships quickly blossomed.

In order to make the most out of in-game items such as the Lucky Egg, which grants trainers double experience for half an hour, many players began to team up, forming raiding teams which result trainers spending hours, days, and even entire weekends together. Piling five to six trainers in one car, enough players to take down a raid boss without needing any additional help, these mobile Pokémon SWAT teams dash from Raid Boss to Raid Boss in search of pulling off what is known as a “trifecta,” completing three raids within the span of one Lucky Egg. Combine regular weekend raid groups with the kind of excitement which comes with this sort of high pressure, time-based challenge, it’s easy to see why this era of Pokémon GO players have become a close-knit group.

These friendships expand beyond the game itself. When one of the more more active trainers in our raid group suddenly found herself needing a roommate, another Pokémon GO player, whom she had only met because of Raid Battles, moved in with only two weeks’ notice; a third player stepped in, without even being asked, to help with the move. After half a year spent scrambling to get enough trainers to make a Raid successful, coordinating times, and offering rides to events and rare spawns, we’ve swapped phone numbers, attended birthday parties, and helped with job hunts. We’ve not only fought the legendary Mewtwo together, w’ve watched other players have children, end relationships, travel abroad to catch Pokémon only found on other continents, and taken road trips together. We know who is reliable and who is chronically five minutes late, who hangs around for a drink in the evening versus who needs to rush home at five, we know who works where, and when someone will be out of town; I even discovered that I lived down the hall from one of my raid buddies.

Within our group, the player demographic is diverse, though it tends to skew white and Asian, with an equal number of straight and gay players, and slightly more men than women. Over the past four months, I’ve met countless roommates, husbands, siblings, and best friends, some of whom play and many of whom do not. We meet for raids, we pass on the street, we compare cooking tips when we run into each other in the grocery store. We’re more than just strangers who use the same app; we’re friends. A member of my local raiding local group threw a Pokémon themed Halloween party at the rooftop of his apartment. BYOB with Pokémon costumes encouraged, the space was decorated with spiderwebs and ghost type Pokémon cutouts. The party lasted for hours, and the rooftop was filled all night with the constant coming and going of local Pokémon players over the legal drinking age, the vast majority in costume.

Pokémon GO may no longer be the cultural phenomenon it was a year and a half ago, but it’s still building communities and bringing people together. Even as an active and rather obsessive player, I’m still often surprised to see both the dedication and the kindness of the trainers around me. Piers and parks are no longer be overrun by zombie-like hordes of people wandering from Pokéstop to Pokéstop while staring at their smartphones; they’ve been replaced by groups of punctual, communicative, strategy-driven, and highly mobile Pokémon masters who know each other as well as, if not better, than their coworkers. I’ve forged some great friendships with people whom I never would have met had I not started playing this game, I can’t wait to see who else it will introduce me to in the year to come. In the end, Pokémon GO may not have been a force capable of changing the world, but it did change the way I view my community. Where I once saw the faces of strangers, I now see friends. It may be a small shift, but in the often cold and sometimes hostile setting of an urban environment, it’s incredibly welcome.