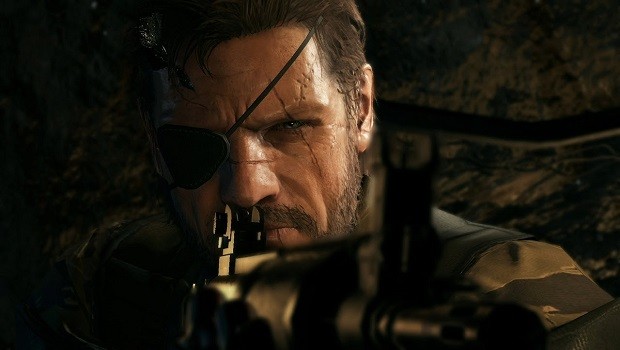 I’ve always felt that my interest in video games is sorta unique from my friends and my peers. On the one hand, I adore them enough to spend time writing and talking about them. Discussing video games, both formally on websites like Gaming Trend and informally on various message boards has essentially been a daily routine for me for over 15 years now. On the other hand, I have almost no interest in many of the games that tend to garner the highest critical acclaim.

This is a spectacular year for video games, it’s far from over and people are calling it one of the best ever. Who can blame anyone for feeling that way? So far we’ve got Bloodborne, Dying Light, Batman: Arkham Knight, Metal Gear Solid 5, Destiny: The Taken King, Super Mario Maker, The Witcher 3, Until Dawn, Mortal Kombat X, and Splatoon. Not to mention a slew of excellent indie titles like Rocket League and Ori and the Blind Forest. And we haven’t even reached the Holiday crunch yet, with highly anticipated games like Halo 5, Fallout 4, Starcraft 2: Legacy of the Void, Rise of the Tomb Raider, and Star Wars Battlefront likely to fare just as well on the review scale.

I’ve played just about every critical darling that’s been released this year so far, and not a one of them did I enjoy to the extent that I see myself thinking about them much beyond the inevitable end of year debates, or ever considering them for another play-through. In fact, I would have been fine not playing any of them at all. At this point you’re probably thinking I’m impossible to please, but, on the contrary, there have been a handful of games this year, as well as some old favorites that keep on giving, which have made and continue to make a deep impression on me.

The first episode of Life is Strange came out back in January and we’re up to four episodes so far, with a fifth scheduled to come out soon. It’s been, by far, my most treasured new game experience of 2015. If you average out the aggregate review scores of the four episodes released so far you come up with a number in the high 70s, a far cry from the mid 80s / lower 90s zone many of the games I mentioned above are cozied up in. If I had made a purchasing decision solely on review scores I would have missed out on this gem.

Helldivers, which I personally awarded a 90 in my review, is another example of a game that, with an aggregate review score of 81, could easily be overlooked by the wave of games with scores equal or better than it. In fact, if it wasn’t for my incessant proselytizing, none of my friends would have played the game. Helldivers is my second favorite game from this year.

In some cases I even enjoy replays over new plays. I replayed Alan Wake last year in the midst of brand spankin’ new AAA titles that were begging for attention. I yearned to revisit the campy horror of Bright Falls, the town the game takes place in, and its quirky inhabitants. Or I might replay older games for story reasons. With the impending release of Halo 5, I decided to play through the Halo series again (1-4, not ODST or Reach) and thanks to the Master Chief Collection I had a convenient and enhanced way of doing so. I also consumed two novels, a limited series comic, and two TV mini-series on top of that. I could have used that time finishing The Witcher 3 or raiding in Destiny, but I find myself much more absorbed by Halo lore.

Whether or not a game is worth your time is mostly subjective and it’s important to keep in mind that your perspective is unique to you. Sure, there are objective ways to define the quality of a game, such as how buggy it is, how advanced the tech is, you could even make an argument about a game’s length if you were so inclined. Ultimately, it comes down to your personal preferences. Even an extremely buggy game, like Fallout: New Vegas or the console versions of Skyrim, can be revered.

The first time I realized just how subjective reviews scores are was back in my good old days as a GameStop employee. I’m not sure if GameStop still allows it, but you used to be able to check out games for four days at a time, even if the game hadn’t been released yet. In some cases we would have games in our stock room weeks ahead of street date, giving ample time to dig into them before reviews started popping up on the internet.

I recall opening a shipment one night and discovering copies of X-Men: The Official Game on Xbox 360. Back then information wasn’t quite as prevalent – beyond your typical text oriented preview and handful of low-res screenshots, you didn’t know a whole lot about a game before it came out. There was nothing quite as prescient as a 1080p60 YouTube video.

Being the massive X-Men fan that I am, I took the game home that night and finished it during the checkout period. Having absolutely no expectations going into it, I ended up loving the game and predicting review scores would be highly positive. I remember the feeling of surprise when I saw the first review: a 5/10. More reviews followed with a similar level of condemnation. Had I read reviews before playing the game, I probably would have avoided it. This is a perfect example of why you shouldn’t hold another person’s review score over your personal preferences.

Now, I’m not arguing that review scores, or reviews in general, serve no purpose. As consumers with limits to our disposable income and to our free time, we want to ensure we’re making a smart purchase, one that is in alignment with our interests and values. For that reason a game’s reviews and the scores associated with them are worth something. But don’t let that be the only guiding factor in your decision.

Consider whether the subject matter resonates with you. Look at other games you’ve played in the same genre and ask yourself if you enjoy those types of games. Think about the matter existentially, and consider whether the games you are being told to play are nurturing your love for video games or are burning you out on them. Follow your heart, not a review score.