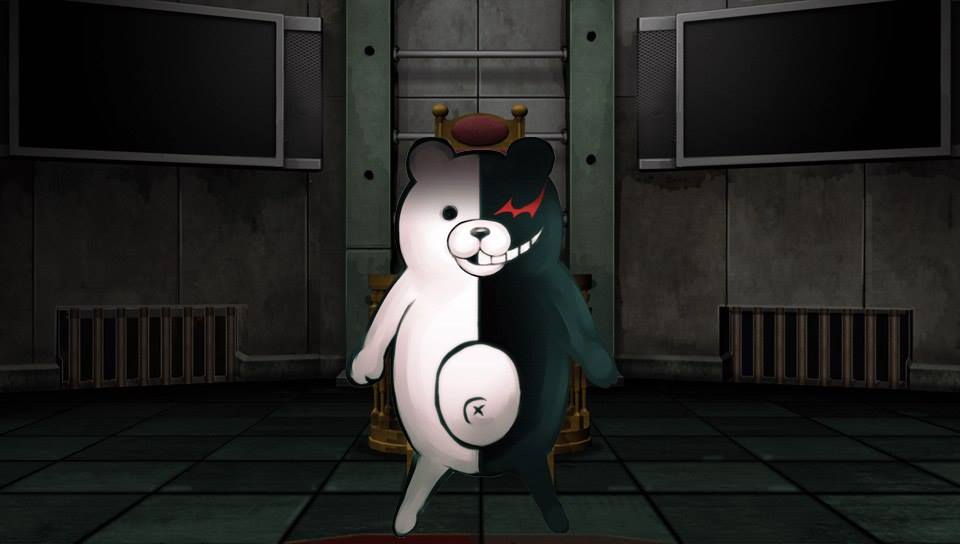 Back in September, I got the words “You despair because you yearn for hope” tattooed in a spiral on my forearm. This has understandably led to several people I’ve spoken to over the past few months asking what the script said and where it originated from. While I tell most people the quote came from a game (I tend to tell older individuals it came from a novel, as in “visual novel”) called Danganronpa, I’ve only had a select few actually ask me what the quote meant and why I was compelled to use up prime tattoo real estate on it.

In the instances I’ve explained it to people, whether it’s passersby, the tattoo artist who I gave several hundred dollars to put it on my arm forever, or family members, I’m always a little self-conscious of what comes out of my mouth. In these past few months I’ve dealt with people raising their eyebrows at my explanation, and it’s made it clear that scarring my body with text was far easier than feeling like I had to justify its presence to others.

But even so, I tell people that to me, the quote means arbitrarily hoping for things to get better, or for some solution to all your problems to miraculously appear, is its own form of despair. Real hope, the kind that actually helps a person move forward in their darkest times, is something tangible with form.

Danganronpa, and its subsequent sequels and spin-offs, were the games that gave words to the constant flux of emotion I’ve felt since adolescence. Words that I felt I needed a consistent reminder of.

I’ve spent all my life living in a small town in north Georgia. Filled primarily by a conservative community, the town offers little opportunity in my journalistic field and is home to a fairly small, often dispersed community of LGBT individuals. For a gay man like myself, living in this environment has taken its toll over the years. Not just because it was a town unsuitable for a game-loving homosexual like myself, but because as I grew up, I was constantly finding myself in situations that left me feeling trapped within the confines of its borders.

A college education wasn’t beyond my financial reach, but I could only afford to attend my local university in the very center of the town I’d grown up in. Repeated medical complications ate away at what little money I had time to work for, while also taking away from my time at school. As years went by I grew to experience severe anxiety about how much time I was losing doing anything that wasn’t progressing me towards leaving town and finding a suitable job in a place where other aspects of my life might be more likely to flourish under a less conservative eye.

I’ve always felt like I was running in place when opportunities were beyond obstacles that felt impossible to overcome. This has contributed to much of the anxiety and depression I’ve experienced over the past decade. There are times when the possibility of never achieving my goals and getting to a place in life where I can describe myself as happy, or even content, has kept me up for nights on end. These hopeless nights have had me at the point of wondering if the fight to make it to a better place could be worth it, and considering that there might just be an easier means out.

But despite those feelings, I realized in the past few years that these moments of despair are just a part of finding your own hope. Thanks to a pair of visual novels on the PlayStation Vita I was finally able to understand how both sides of this process are intertwined. Those games are Danganronpa: Trigger Happy Havoc and Danganronpa 2: Goodbye Despair.

Danganronpa’s premise is, 15 students are all attending a prestigious high school called Hope’s Peak Academy. This school is for the best of the best; Everyone who attends Hope’s Peak is the “Ultimate” in their respective field. This means you’ll meet characters like the “Ultimate Baseball Player,” the “Ultimate Swimmer,” and the “Ultimate Gambler.” However, their school life is cut short when they find themselves all trapped within Hope’s Peak by an animatronic teddy bear named Monokuma.

Monokuma tells these kids they have two choices: stay together in perfect harmony within the walls of Hope’s Peak for the rest of their lives, or get away with murdering a member of their class in exchange for escape.

While each of these young people are supposed to be the embodiment of hope for a generation, one-by-one several members of this group fall into despair and commit atrocities against their peers. However, it’s seldom malice or escape that fuels their crimes. The students of Hope’s Peak haven’t reverted to some sort of vicious primal state of bloodlust; they’re scared individuals who are cornered and led to believe they only have one way out.

As their numbers continue to drop, eventually the survivors of this killing game unmask the mastermind behind Monokuma, a despair-driven classmate of theirs named Junko Enoshima, otherwise known as the “Ultimate Despair.” Junko acts as the embodiment of one side Danganronpa’s ideological conflict. Her entire philosophy is that people are predisposed to fall into despair, and to an extent she’s right. Believing life is devoid of hope is easier than attempting to fight for a hope you believe in.

Ultimately, it is revealed that outside of Hope’s Peak, the world has become a place overcome by despair-driven anarchy. Followers of Junko’s ideology are inciting riots and destruction across the planet, and Hope’s Peak is the only place these kids will be safe.

They’re given two new options: sacrifice one of their own in exchange for shelter within Hope’s Peak, or be forced out into this dangerous world where death and despair potentially await them.

Junko presents these choices as one representing hope and the other as a symbol of despair. By choosing to remain inside Hope’s Peak for the sake of safety, the remaining students would be giving in to despair, believing it easier to give up on their own future than it would be to leave and fight. However, by deciding to leave the school together and move forward, they’re choosing to believe in hope.

The first game ends after this decision is made, and players aren’t shown what happens to the survivors of this killing game. In choosing to leave the ending ambiguous, at least at the time, Danganronpa underlines what the true meaning behind all the horrors that took place within Hope’s Peak was all along.

You spend that entire game watching good people do horrible things. Weaker men and women would have fallen into that despair and given up on any possibility of a prosperous life outside the walls of Hope’s Peak Academy. However, those that survive and leave the boundaries of the school have hope that there’s good fortune to be found past the struggle.

The first Danganronpa was never about finding out what was outside, it was about seeing these people making the decision to move forward, regardless of what obstacles they may potentially face.

While talking about Danganronpa often boils down to talking about maniacal bears, gruesome murders, and unmasking a mastermind, Danganronpa is actually about seeing people overcome the most despair-inducing situations with heads held high.

I once told my friends and colleagues that Danganronpa had managed to keep me working in the game industry for the first year I began. I realized at the time it may have come off that I thought Danganronpa was the pinnacle of what the medium was capable of, but it was actually because of what it taught me.

We all have our own battles to overcome, we all have setbacks when sure things fall apart, and sometimes people we thought would always be by our sides end up not being there at all. But we fight through hardship with the hope that we will see a brighter day. If that future seems impossible right now, it may be on you to create it.

There are nights when I find myself restless and terrified that I won’t be able to accomplish my goals, leave my hometown, or reach a point in my life where I can confidently say “this is where I want to be.” But Danganronpa taught me that while you will feel despair on a constant basis, life is about those brief moments of hope where you think about what possibilities still await you. The moments that overshadow the ones where you feel like you can’t move forward.

It’s for this reason that I put words from Danganronpa on my arm. It’s always in sight, and it’s a constant reminder of how, even against the greatest despair, I can feel hope.