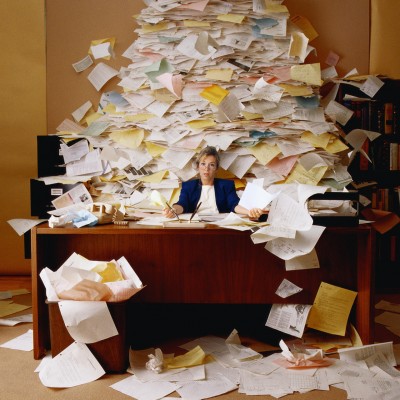 In 2012, a game called Dishonored launched, and was quickly panned for its supposed “lack of content.” YouTubers and streamers put on display how fast one could run through the game, beating it in a handful of hours, and the community rose up in anger.

Yet in 2015, Dishonored is now considered one of the highlights of the caboose-end of last-gen systems. Praised for levels that offered a variety of approaches, and a system that rewarded multiple playthroughs as either a stealthy pacifist or aggressive assassin, Dishonored went from ugly duckling to white swan. Our collective Internet hivemind whipped itself into a frenzy before touching the controller, and once we played it, lo and behold, Dishonored was actually a fantastic game.

“According to my tests, the Internet-hate-circlejerk for this game will end in approximately 3 months, at which time a thread will be posted saying ‘Dishonored was a really underappreciated game.’ It’ll make a sh*tload of karma.”

Outrage has been pouring out against The Order: 1886, after a YouTuber claims to have completed the game in just over five hours. Commenters on sites like Reddit and NeoGAF were quick to light the torches.

“Millions of dollars for a 5 hour interactive movie, and I bet millions of people bought it for $60,” posted one Reddit user. “This is why we can’t have nice AAA titles. Stop paying for trash.”

Some are a bit more level-headed, but still angered.

“I honestly think [interactive movies] could be a legitimate genre,” posts another Redditor. “The big issue with The Order 1886 is the ridiculous price tag. 5 hour game for $60 is a joke.”

Many people are outraged at the lack of content and playtime for a cinematically-billed game. Yet at the end of 2014, when viewing the most-panned titles of the year, there seemed to be a trend.

Games rife with content, constructing a circus of rides that were gradually found to have little depth. From my own experience, playing a 2014 Ubisoft title often felt like a sadistic game of Simon, coupled with microtransactions, mobile integration and a buzzer that reminded you that someone was at the door, and you should really go check that before the next round started.

AC Unity did, however, make it into the noms for Best Horror Game. Sadly, it was the young starlet going up against PT’s Meryl Streep.

If Unity and Watch_Dogs were overstuffed with filler, then Destiny was a twist on that concept, opting for the “less content, more repetition” recipe. Constantly cycling players through a routine of dailies, bounties, and strikes, waiting with baited breath for the weekend to come for Xur’s new stocks and cursing the Cryptarch. Raiding is probably the greatest saving grace of Destiny, and currently the only thing that seems to be keeping the community afloat.

There once was a Guardian who, arrived with an Engram or two. Legendary and rare, but a sordid affair, he only got a bucket of blues.

So where is the sweet spot? Do we opt for less content, more story? Do we spend less money on cinematics and 4x MSAA to instead dump that into creating rote sidequests to pad out a campaign? It may often seem like the issue should be to simply move funds, but that solution is more akin to trying to spend minerals instead of Vespene gas. It must be maddening to be a developer through all of this, but for gamers, the idea of deviation from the trending norm is heresy.

It’s a sad truth that gaming has become more expensive, more profitable, and is still consuming bigger portions of our lives. For some of us who work difficult day jobs, the idea of finally getting a game that won’t demand hours of our devoted attention sounds like a gift from the heavens. Then there’s another portion of the community, graced with more free time and hours to spend gaming, that want the fuller experience and more bang for their buck.

And there often isn’t a right answer, as there isn’t one here. Am I disappointed that The Order: 1886 is going to be a short experience, one that I’ll play once and then likely never touch again? For sure. Am I happy that I’ll finally be able to squeeze a AAA-experience into my schedule of work, writing, review gaming and sleeping? Very.

Waking up and checking Gmail feels like Devil May Read: Eric Must Reply Edition.

So there’s different strokes for different folks, and yet many people take it as an almost-personal offense that a game is releasing that doesn’t fill a quota of time, or a mythical set amount of content. A studio is trying something different, approaching a game in a different way than we’ve seen before, and the community is backlashing against change. Again.

My request is to try and make your own conclusions. To not get swept up into the mob of pitchforking, and maybe step outside of the blitzkrieg-bash surrounding every AAA release. It seems like every day, it’s more difficult to feel excited about anything, as every new release comes with its own particular brand of haters.

You don’t have to spend $60 on a pre-order, and you don’t have to force yourself to adhere to what the industry determines as the “AAA game.” But you have to be the change you want to see. If we detest the idea of narratively-driven games and make that distaste heard, then chances are larger developers will be more hesitant to keep making those games.

Maybe every time you blast a game for one thing, try to elaborate on why you don’t like it, or what you’d like to see instead. Try picking up a game from a genre you’ve never tried before, or take some time to scan a release calendar and research the ones you’ve never seen before. You might find something you enjoy, and support a dev who is doing something you like.

Pick up a game that you wouldn’t have paid $60 for on a Steam sale, and give it an honest try. If I hadn’t taken a chance, I would’ve missed out on a lot of my favorite games. Mass Effect, Alpha Protocol, LA Noire, Dark Souls, Guilty Gear, Danganronpa. All were games I either picked off a shelf knowing nothing about, or bought purely because “why not,” and all stand out as amazing games that I’m glad to have played. I never would have expanded my horizons or experienced some of my favorite gaming moments if I had just stuck to “AAA Release #3″ and then complained about it on a message board.

What other game lets you interrogate the mind-reading cop from Heroes? “If you could read minds, why didn’t you know who Sylar was?!”

So many people instantly retreat to criticism, because it’s easier. It’s a lot less difficult to throw blanket criticisms than to analyze a game, pinpointing what you like and what you’d like improved. But if we raise our standards for consumption and try to make an honest improvement in the industry, rather than a carpet-bomb circle-jerk hate-mob after we’ve already pre-ordered a game, we might stop dealing with disappointment and start building a better gaming community.