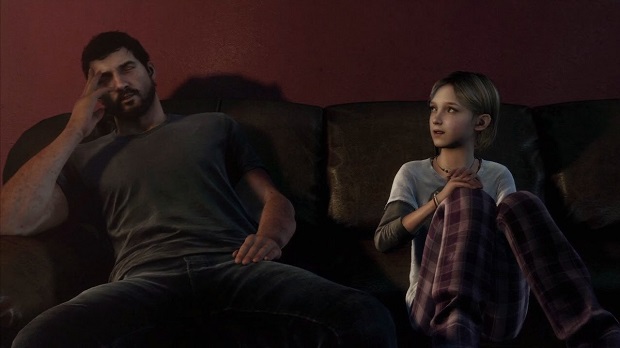 The following contains spoilers for Watch Dogs, The Last of Us and Heavy Rain. Reader discretion is advised.

When a person is playing a video game, you’ll often hear them describe the experience in a way that equates to being sucked into an immersive world that they can play in to their heart’s content. It’s shorthand and the person saying it means well, but in reality it’s only really half true.

As players of a game we experience the world and story through the eyes of the protagonist. Games are supposed to make us care about our in-game avatar not only as characters, but throughout a game it’s pretty important that a player be invested in their motivations and back story. After all, we’re the ones that are having to push forward and fight our way through a game, so we need to care, right? But when a game sets out to make you feel strongly about a main character’s story and fails, while certainly not diminishing a game of its value entirely, it definitely can make playing even the most mechanically enjoyable games a chore.

Watch Dogs was the game I was going to buy with my PlayStation 4 at launch. After the game’s delay in the eleventh hour, I kept my pre-order down as I was intrigued by the game’s premise and was interested to find out just what it was that made the game’s hacking protagonist Aiden Pearce tick. When I finally put Watch Dogs in my PS4, I was more than a little disappointed to find that Aiden was, not an inherently bad character, but a poorly presented one nonetheless.

Watch Dogs sets Aiden up as a broken man feeling responsible for the death of his niece at the hands of a hit man sent to kill him. Understandably, the game’s vigilante main character is on a manhunt for the people responsible, but the problem is that despite a back story worthy of sympathy, just how far Aiden has fallen is never properly demonstrated to the player.

Widely regarded as one of the greatest narrative achievements in gaming, The Last of Us’ first half hour carries more weight and visible character development than Watch Dogs carries in 40 hours. A scene of this nature could have helped to make Watch Dogs an incredibly affective story.

When Naughty Dog released The Last of Us last year, there was constant talk about the game’s opening sequence. For about thirty minutes we see the game’s protagonist Joel as a young, struggling single father. Joel loves his daughter Sarah dearly and is trying to make ends meet so he can give his daughter the life he believes she deserves. He and Sarah have a humorous and endearing dynamic that is displayed for the player, and we start the game out playing as her. Sarah has enough of a presence early on that we’re actually given time to like her, sympathize with her and fear for her life when all hell breaks loose. When we see Joel’s daughter die in his arms, we feel it. Vicariously through Joel we’ve experienced this loss. So when we fast forward twenty years later to the dystopian world of The Last of Us proper, it’s painful to see what Joel has become. Gone is the man who was spending the last hour of his birthday with his daughter, and all that’s left of him is the watch she gave him that night.

Not quite so recently, but no less poignant was the first chapter of Heavy Rain. Looking past the awkward kissing and the setting the table for your son’s upcoming birthday party, Ethan Mars’ family suffers a terrible tragedy when his son runs out of his sight and into the streets. The child you just spent time playing with is gone, and the family you saw in its natural state is in shambles by the time the game begins its main narrative.

The difference between The Last of Us and Watch Dogs is that Naughty Dog’s post-apocalyptic story takes the time to make you care about Joel and what he’s lost, where Ubisoft’s open-world blockbuster pretty much expects the player to sympathize with its protagonist on principal. The player is told that the loss of Aiden’s niece is the reason Watch Dogs’ protagonist is the stoic and morally ambiguous man you’re playing as, but there’s never a real affirmation as to why a player should be interested in anything the game has to say about him and his vendetta.

Revenge for the death of Aiden’s niece is the driving force that keeps him going, so as the player that goal should mean as much to you as it does your in-game representation. Each camera you hack, each faceless henchman you take out brings you one step closer to the men responsible for Aiden’s loss, but Watch Dogs fails to deliver this message to those who are actively carrying out these actions.

Seeing how broken Ethan Mars and his family have become after Heavy Rain’s opening sequence makes everything that follows all the more powerful to the player. You don’t just play to reach the end, you play for a chance at saving what’s left of a decimated family.

When I was playing as Joel in The Last of Us’ first chapter I tangibly felt frightened that something was going to happen to Sarah as the apocalypse unfolded before my eyes. When I played through Heavy Rain proper I was invested in finding Ethan’s lost son so he wouldn’t have to suffer the loss of another child. With Watch Dogs all I was concerned with was my completion percentage when Ubisoft was very adamant that I should care about avenging a young girl I never got a chance to know. Watch Dogs spends an entire campaign telling me about how important this revenge story is but turns away from the subject of it anytime I started to catch a glimpse.

Unlike movies and books, games require player interaction; and as such, require a player to be motivated to continue playing. When a game’s story makes attempts to tug at one’s heartstrings or affect someone in any sort of way, half measures aren’t going to cut it. Especially in a game like Watch Dogs that contains enough side content that it’s easy to lose the player’s interest in the story by throwing up a shiny distraction in the form of a side quest popping up on their HUD.

Aiden may be the main character, but I’m the one who has to see his journey through. With this in mind, it’s imperative that a game takes the time to show me why I should want to finish a story as opposed to simply insisting that I should.

Aiden’s story in Watch Dogs has all the power of a crime report in a newspaper. You’ll shake your head at the idea of such a tragedy, but you hardly feel compelled to take action.

The saddest part is, Aiden is ostensibly the same as Joel and Ethan, but his story will never get its due since it doesn’t take the initiative to make you feel something from the start. Instead, Aiden just comes off as a boring and vanilla imitation of a better man more worth your time.