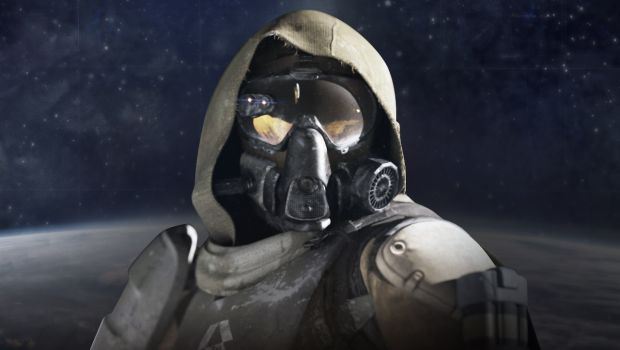 Activision is the biggest publisher in the gaming industry; its games generate cash that likely have left moguls of other entertainment mediums swimming in envy. Films such as Avatar and Spiderman, or novels like Harry Potter and Twilight, can’t hold a candle to the magnitude of an IP like Call of Duty, not when a Call of Duty game can pull in $800 million in revenue within the first five days of its release… and aim to do so on an annual basis. The thing is, people’s interests change over time.

It’s not just the consumers who begin to fatigue on their once favorite franchises, the people making the games at some point yearn to build something different as well. This poses a challenge to mega publishers like Activision, where a third of its massive revenue streams come from a franchise that is showing signs of its age. How does a public video game company, in a market economy where year-over-year growth is not just an expectation but a demand by its investors, replace a franchise like Call of Duty?

The Call of Duty series, like the publisher that owns it, grew from fairly humble beginnings. Originally released in 2003 on PC and positioned as a direct competitor to EA’s Medal of Honor, the series would perform moderately well in the first phase of its existence. It wasn’t until Call of Duty 4: Modern Warfare released that the series would inject itself into the fabric of mainstream entertainment, not only becoming a juggernaut within the video game industry but a cultural phenomenon as well.

Year after year, starting with Modern Warfare, the release of a new Call of Duty (not counting stuff like World at War) marked record-breaking sales. Modern Warfare 2 outperformed its predecessor by nearly doubling the number of units sold. In 2011, Modern Warfare 3 raised the bar by raking in $775 million in sales within five days of release, only to be topped by Black Ops II after that with $800 million. All the while, analysts and critics questioned when the gravy train would finally lose some momentum.

Their inquisitiveness was satiated with last years’ release of Call of Duty Ghosts, which marked a decrease in performance over the previous years’ release. Granted, the industry is in the midst of a transition to a new generation of consoles which fractured the user base and staggered the release dates (the PS4 and XB1 versions missed the all-important Black Friday rush), and there was no shortage of competition in the way of Battlefield 4 and Titanfall. Nonetheless it indicates that, as forecasted, the mighty series has likely reached its peak and Activision would need to find an alternative source of revenue to keep the money train at full speed.

Bobby Kotick is known for his precocious nature back in the 80s he saw opportunity in Activision, then a fledging publisher millions of dollars in debt. Kotick bought Activision for less than half a million dollars. It’s safe to say that, like most successful businessmen, has the ability to see potential and, with a carefully calculated strategy, turn it into profit. Locked into a ten year contract with Bungie, he’s betting $500 million that Destiny will become his next billion dollar franchise. And likely successor to the Call of Duty throne.

To put the amount of money being spent on Destiny into perspective, it’s by far the largest budget of all time for any entertainment release. Last year’s Grand Theft Auto V previously held the record with a whopping $260 million price tag, but Destiny handily overshadows it. In order for Destiny to break even, it would have to sell 15-16 million copies which is unheard of for a new IP. The thing is, Destiny doesn’t have to sell that many copies right off the bat. This is a long-term strategy that will span across multiple releases. The initial investment, to create the engine and the assets, to generate the marketing buzz required to introduce a new IP in today’s crowded market, will carry over into Destiny 2, Destiny 3, etc. Yes, new content will need to be produced and paid for, but you can be sure that another half a billion dollars won’t be needed to get the next game out.

Destiny is also not your everyday shooter, at least in theory. It gives players a persistent online world, similar to an MMO, but with the tight gameplay of a Call of Duty or Halo game. It would make slightly more sense to compare Destiny to Planetside or Warframe, but even then (according to Bungie), you’re selling the game short. They promise to give us a deep, cinematic narrative, with vast planets to explore, a flexible multiplayer system that allows you to go it alone, play competitively, or cooperatively with your friends. And there’s customization galore, both in how your character is configured for combat and how they will look.

Destiny is being labeled by its developers as the next evolution in first-person shooters, an impressive claim backed by an equally impressive team. Bungie has one of the best track records in the industry, even before Halo they were making fantastic games like Myth and Oni (okay, the latter may have been less than stellar), and Activision knows a mega hit when it sees one, with games including Call of Duty, World of Warcraft, and Skylanders pushing major numbers. This tells me that Destiny, more importantly than being a tent pole for Activision, could be the game that ends the status quo encumbered on the industry by Call of Duty. It could shake up everything simply by living up to its ambitious promises, and truly usher us into the next generation of video games.