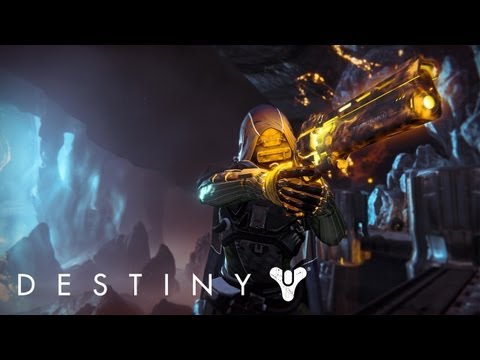 Want to jump in and try out Destiny, but you weren’t lucky enough to win a code for the Alpha?  Well, we have 20 codes for the upcoming Destiny Beta!   The game centers around

Everything changed with the arrival of the Traveler. It sparked a Golden Age when our civilization spanned our solar system, but it didn’t last. Something hit us, knocked us down. The survivors built a city beneath the Traveler, and have begun to explore our old worlds, only to find them filled with deadly foes. You are a Guardian of the last safe city on Earth, able to wield incredible power. Defend the City. Defeat our enemies. Reclaim all that we have lost. Be brave.

We’ve got a great video called “The Moon” that demonstrated why Destiny won our Best Shooter of E3 2014 award nicely.

The contest is open now and runs until the 16th – one day before the start of the PS4 beta.   The codes are platform agnostic – you’ll select your platform at Bungie’s official site on the 17th.