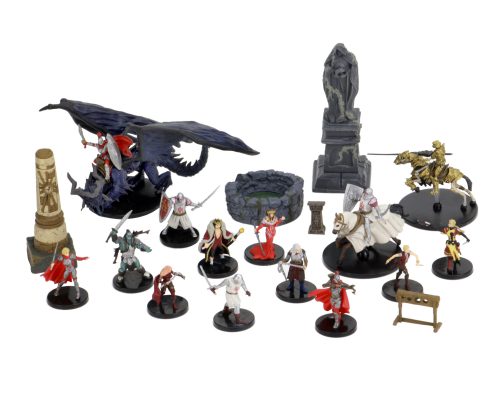 I got a chance to look at Pathfinder’s new Crown of Fangs set, the dark and epic set of miniatures that models the climax of the Curse of the Crimson Throne adventure path. Now, these minis are available for anyone looking to enhance their adventure.

Following the lead of popular Pathfinder Battles sets like Deadly Foes, Crown of Fangs adds realism and fun to your fantasy gaming by providing a multitude of high-utility monsters and heroes varying from fearsome skeletons to Red Mantis Assassins, Grey Maidens, and rare “dungeon dressing.”

Pathfinder Battles: Crown of Fangs boosters, priced at $15.99, and the Court of the Crimson Throne, priced at $49.99, are now available at North American retailers.

These will be available in game stores all over America, but you can find more information from Wizkids itself.