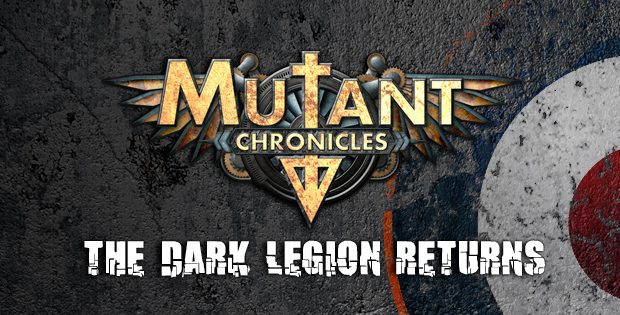 The Mutant Chronicles tell the story of man’s struggle among the stars against a mysterious and seemingly infinite foe. With the third edition, Modiphius Entertainment has told this story over multiple distinct time periods, and with the release of Dark Eden, one of them is about to come to a close.

The Second Dark Legion War has escalated to encompass the entire solar system, with humanity hard-pressed to hold back the swelling tide of Darkness. A surge of Heresy has stretched the Brotherhood to the breaking point, while the megacorporations are throwing a rising body count into the ever-hungry maw of the Dark Legion.  A slim chance of salvation leads the Cardinal to call upon the heroes of yesteryear and task them with uncovering ancient technology that will turn the tide of war in humanity’s favour. Technology that is hidden on humanity’s former home, Dark Eden-also known by its former name of Earth.

The Dark Eden Campaign is recommended for experienced players. Designed to bring the events that began with the Dark Symmetry Campaign to a climactic conclusion, suggestions are provided on how best

to update the timeline or incorporate this into an existing game.

Dark Eden is available now in PDF, with physical copies for sale coming in April. Check out Modiphius Entertainment for more information.