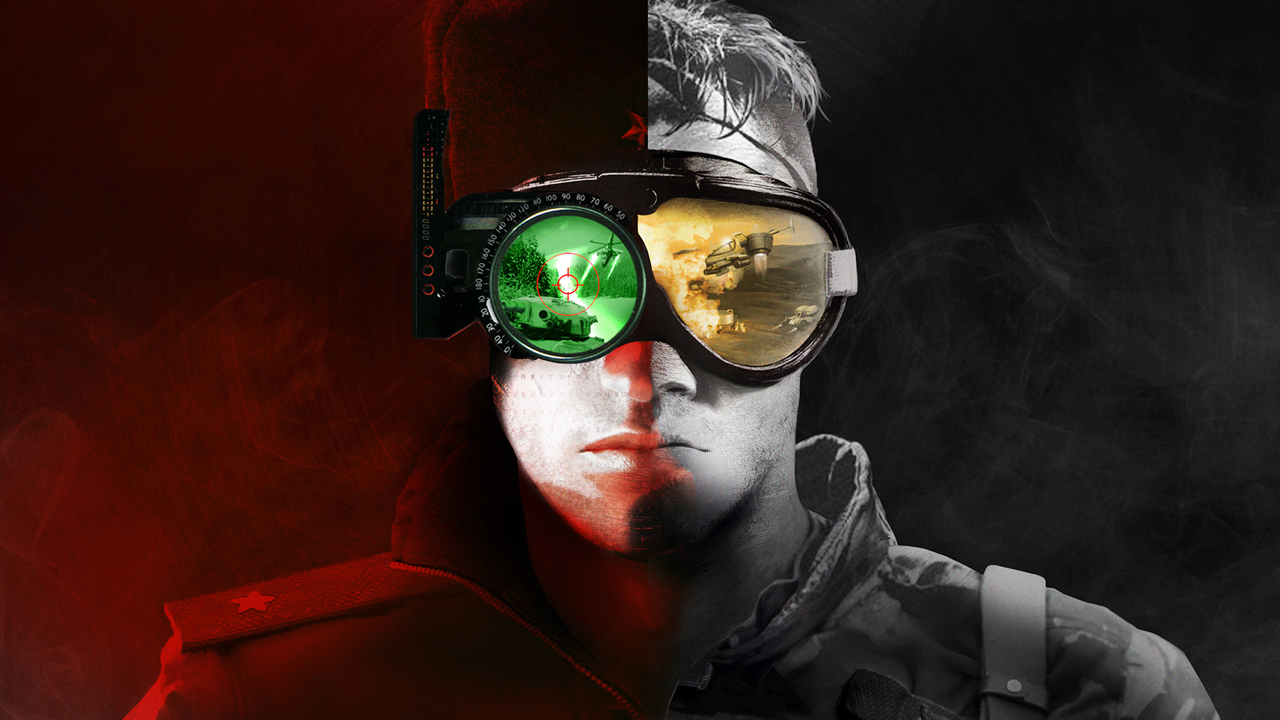 I flipped the back of the giant oversized box and checked the system requirements. Turns out I’d need a Pentium running at least 66MHz, 8MB of RAM, and 20MB of hard drive space to run Command & Conquer, and my PC was woefully out of date. After a trip to the local geek shop, I was ready to go, equipped with a Packard Bell (complete with turbo button!) with a Pentium 100MHz, rocking 16MB of memory, and a whopping 540MB of hard drive space. Leaving my local Computer City just over $1100 poorer, I wasn’t prepared for what would be a genre-defining experience that continues to influence real time strategy games to this day. It’s time to harvest some Tiberium, but first let’s take a trip down memory lane and see where the last 25 years of C&C history has taken us. Welcome back, Commander.

If you are unfamiliar with Command & Conquer, it tells the story of the war between GDI, the Global Defense Initiative, and the Brotherhood of Nod. In the original game, you were presented with two CDs to load either the GDI (a gold eagle emblazoned on top), or the Brotherhood (a massive red scorpion tail) campaign. Each of the 30 missions told the story of their fight with full-motion-video cutscenes between each mission. Many were campy and fun, but Game Director Joseph Kukan’s portrayal of Kane was (and continues to be) absolutely legendary, cementing this title in my gaming education for all time. While FMV has faded out in favor of CGI and VOCAP, there’s no doubt that the Westwood team was breaking new ground that would influence games for decades to come.

Westwood Studios made a name for themselves, turning out 39 games including other RTS titles like Dune II, Dune 2000, and Emperor: Battle for Dune, tactical RPGs like The Legend of Kyrandia series, and action adventure games like Blade Runner. They even dabbled in Dungeons & Dragons and casual games like Monopoly. Purchased by Electronic Arts in 1998, the studio continued to operate until March of 2003 when their studio was shuttered and EA officially took over development of the franchise. Surprisingly, despite the top echelon of the Westwood team having left and formed new companies like Petroglyph and Jet Set Games, C&C was in good hands. Command & Conquer 3: Tiberium Wars was a hit in 2007, as was the expansion pass Kane’s Wrath, Red Alert 3, and the Uprising expansion. Things were looking pretty great for the future of the franchise. Then we got Command & Conquer 4: Tiberian Twilight.

Tiberian Twilight started off as a side project for EA, focused on releasing to the Asian online-only market, due to its always-on DRM. Taking place in 2062, the game focused on the war between the combined forces of GDI and The Brotherhood of Nod against an alien invasion force called The Scrin. The game also took a left turn away from the “dirt farming” roots, eschewing Tiberium Harvesters and the tug-of-war resource fights in favor of class-based characters, respawns on a timer, and a veritable explosion of selectable units. Fans and critics alike spurned the game citing balance, the aforementioned DRM, and multiplayer that relied on grinding out levels rather than player skill. Despite this colossal misstep, the team redoubled their efforts and continued to try new things including a browser-based game called Tiberium Alliances, revisited the Generals formula, and reclaimed their position at the top, only to trip on their feet with another free to play game. It’s been a rocky road from 1995 to today…but nothing sticks in my heart and soul quite like the originals. Well, now two and a half decades later, EA has teamed up with Petroglyph Games and Lemon Sky Studios to embark on what has to be the most ambitious remaster effort we’ve ever seen.

Command & Conquer Remastered delivers two games – the original Command & Conquer and, Command & Conquer: Red Alert, as well as all three expansion packs. That’s over 100 campaign missions, 250 multiplayer maps, seven and a half hours of remastered music by original composer Frank Klepacki, and a whole host of improvements that have to be seen to be believed.

I’ve made a lot of noise about the cutscenes, but let’s be honest — they were amazing, in their own time. Rendered at 320×200 resolution, they are frankly pretty rough to look at by today’s standards. This remaster looks to punch the resolution all the way up to 4K, so those videos were gonna need some attention. Utilizing what looks like NVIDIA’s DLSS, I’m guessing the teams have passed the cinematics through a deep-learning AI, sharpening it and letting the technology fill in the blocky bits, while raising the output resolution. It’s phenomenal technology, and the results here are pretty amazing. Sure, it’s not perfect (black and white scenes in Red Alert suffer the most), but it’s far better than I could have expected. I could tell you more about it, but seeing is believing.

Beyond updating the cutscenes, bumping the gameplay resolution to 4K meant the team had to rebuild literally every single asset in the game. It turns out that the blocky vague shapes that are meant to be armored transports actually have wheels — who knew? Every structure, soldier, vehicle, weapon, bullet, fire effect, and giant army ant (if you managed to find the secret missions in the original) has been rebuilt from the ground up. Tapping the spacebar toggles between the original look and the updated graphics, and I found myself doing that more than once just baffled that these were once bleeding edge. The team has also built a brand new UI that preserves the look and feel of the original, while updating it to modern standards. There are elements like auto-build that I’d have liked to have seen, but with the engine going open source, and with mod support baked right in, I’m sure those sorts of things will appear shortly.

We have come a long way since 1995, and nowhere is that more apparent than the gameplay of both titles. Dirt farming, base turtling, and amassing a huge battalion of troops and vehicles has given way to a wealth of twists on this style of gameplay, but all of it started here. There’s a simplicity to it, and it remains challenging to this day. As such, I’m reluctant to offer any critique of the gameplay — it was a product of its time, and I wouldn’t change a thing. It does seem like a few of the old tricks like extending your base all the way to the midfield using sandbags doesn’t seem to work any more — apparently the enemy is hip to my ways.

Outside of the expansive single player campaign, multiplayer has also gotten a full rebuild. The originals operated off of GameSpy servers, and now will operate off of Steam or Origin servers — a good thing as GameSpy hasn’t been around since 2013. Every map you remember is here, as is full mod support, and a custom game setup that offers customization to your heart’s content. If you are wondering if this complete package is truly “complete”, yes — Covert Ops and Console-only missions have made an appearance here. Throw in a number of little improvements like quicksave, autosaves, subtitles, and a full jukebox that features the original tracks, remastered versions, unreleased songs, and a few other gems for you to discover.

One of my favorite features of this package is the wealth of behind the scenes material. Once you’ve completed a mission, all of the cutscenes are available for replay. Better than that, there are usually a few additional goodies like a behind the scenes video, a remaster vs. original comparison, or even a few unreleased scenes. These cutting room floor objects are fantastic, and watching Joseph Kukan coach the actors and actresses to pull their best performances is a great peek behind the Iron Curtain.

There’s a lot to love in this remaster. Eclipsing the 2012’s “Ultimate” edition, this version may not contain all of the sequels, but damn if it doesn’t make the originals truly fantastic. It might be too much to hope for a complete remaster of all of the sequels, but Command & Conquer Remastered is pure fan service. Welcome back, Commander.

Ron Burke is the Editor in Chief for Gaming Trend. Currently living in Fort Worth, Texas, Ron is an old-school gamer who enjoys CRPGs, action/adventure, platformers, music games, and has recently gotten into tabletop gaming. Ron is also a fourth degree black belt, with a Master's rank in Matsumura Seito Shōrin-ryū, Moo Duk Kwan Tang Soo Do, Universal Tang Soo Do Alliance, and International Tang Soo Do Federation. He also holds ranks in several other styles in his search to be a well-rounded fighter. Ron has been married to Gaming Trend Editor, Laura Burke, for 21 years. They have three dogs - Pazuzu (Irish Terrier), Atë, and Calliope (both Australian Kelpie/Pit Bull mixes).
Related Articles: Command & Conquer Remastered, Let's Play
Share
Tweet
Share
Submit