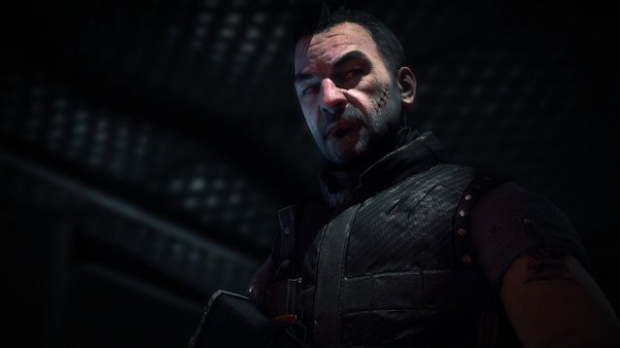 Dead Rising 3 is arguably the best exclusive game to come out of the Xbox One launch. While it doesn’t boast the best graphics or any strict adherence to physics or reality, it is a bloody fun romp through a zombie outbreak in the city of Los Perditos. To give you more reasons to spend time with the walking dead (as well as crack open your wallet), Capcom Vancouver is releasing four DLC packs – each one covering a different person’s perspective during the main storyline.

Up first is Adam Kane in Operation Broken Eagle, a spec ops commander who is tasked with locating the President. Without going into spoilers, I can say he’s no friend of Nick Ramos (DR3’s main character), and along with his single player story he brings with him several new weapons, vehicles and combos. The full list is as follows (and are available to Nick once found in the DLC):

Combat knives : dual knives that work well as mundane weapons to cut through the zombie horde. I liked them enough to keep them on me, though they aren’t nearly as effective as most combo weapons.[singlepic id=17965 w=620 h=350 float=center]

Auto shotgun : an effective shotgun with limited ammo and high rate of fire that can decimate a crowd in seconds.

Tactical Axe : Think riot shield with a battle-axe, and you’ve got the idea.

S19-SHVR : a grenade-launcher with nitrogen payload – freezing (and shattering) enemies in their tracks.

BLN87 : a chaingun with a quick spin-up time. Slower to move with, but who’s in a hurry? With maxxed out character stats you’re looking at 700 rounds. That is a lot of death to hand out, and is by far the most powerful weapon of the bunch.[singlepic id=17966 w=620 h=350 float=center]

The Beast (combo weapon) : Chainsaw with the auto-shotgun attached. Good close combat with X and Y, and medium range damage with the auto shotgun (RT). When you run out of ammo, the weapon is dropped.

Mini Bike (combo vehicle) : Using two motorcycles, or a motorcycle and a forklift gets you this little bike.  It has a single power – you can hit X to engage a nitro blast to fly through the sea of bodies, while extending out two blades on the front. It is likely the quickest way through a crowd, but not the most fun.

The other part of the value proposition is the content within the episode. I include story, game time and the collectibles in this evaluation. As I mentioned before, this is a single-player experience with one exception: Adam can find surviving members of his crew who will follow around to help out, but if you’ve left them behind or ended your session, that soldier is no longer retrievable.

[singlepic id=17968 w=620 h=350 float=center]You are also not able to use safe-houses, though garages are still open for business. If you have the locker truck, you can select whatever you’d like from your arsenal. The story itself, along with the playthrough is pretty short – with my level 50 (maxed out) Commander Kane, I was able to burn through the entire nightmare campaign including cut-scenes at just under a half hour. That is me racing through mind you – using combo vehicles such as the nigh indestructible Turret Rig,  powerful weapons and going directly from main storyline point to the next.

It was also my second time through – the first time I played it on story mode and collected a lot of the side mission items, found most of my troupe and even finished up a lot of my item collecting from the main campaign. For that I ended up with around three hours of distracted gameplay, with plenty yet to collect (guaranteeing at least one more play-through).

[singlepic id=17969 w=620 h=350 float=center]This brings me to the one thing I think Capcom Vancouver should pay attention to. While we can enjoy accessing all weapon and vehicle combos Nick has unlocked, given that this is a single player experience from a different perspective I feel they should really consider a “true” mode – one where the zombie threat isn’t in full escalation, and that the character we play may be able to access some rudimentary combos and have their own level progression with skills that make sense for them.

Adam Kane is a military bad-ass – and his use of those kinds of weapons should be paramount. Making the Armadillo a tough-as-nails vehicle makes way more sense, and our reliance on it should have been a natural fit. Having his own strengths and limitations in the game would drive home some diversity, and then simply add a “Nick” mode where you inherit all of your skills and abilities – this not only differentiates characters in combat, but it allows us to once again be overwhelmed by even the mundane zombies.

[singlepic id=17970 w=620 h=350 float=center]There is a moment in Dead Rising 3 that we see maybe once, and then it goes away. The tension with the survival aspect near the beginning of the original game is palpable – and with these unique stories, it gives the developers a chance to start fresh – no standing on the shoulders of giants here. That’s where this is kind of a missed opportunity and I hope the next three aren’t simply us playing Nick with a different skin over them. The only other gripes I had were that the 13GB download and install was painfully slow to execute, the disappearance of debris is rather quick, and there was a lot more texture fill-in while racing around. I don’t know that these issues are isolated to the DLC proper – it seems to be happening in the main story – moreso since the update. The other graphical issue I noticed is that Kane’s face isn’t nearly as clear as Nick’s – and it takes away from the presentation.

All in all, is this DLC worth $10? That depends on how much you want to revisit Los Perditos. The additional content is more than worth it to those who loved it, but for those lukewarm to the game, I’d wait a bit and see whether the next episode is compelling and then consider looking at getting this episode in the $30 four-episode season pass instead. The action is the same, the perspective is interesting, but the new content is over so quickly that it really doesn’t have the pull that it needs to make Operation: Broken Eagle a must-have.