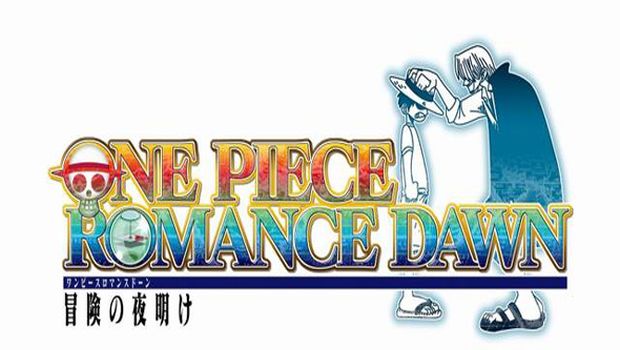 I don’t know what’s going on here. I mean I have some idea of what’s happening… I understand that Luffy is a “rubber person” (yes, like the bouncy kind), and that his greatest desire is to be the Pirate King. I understand that in order to do this he needs to assemble a crew of heroes and battle the hordes of other sea scoundrels who want the same thing that he does, and that’s all well and good. What I don’t understand is the muddled mess-of-crap way in which this game goes about telling me that story. While this might be a great set of Cliff Notes for seasoned fans of the show, as a videogame adaptation, I don’t see Romance Dawn being many people’s type of pillow talk.

With a rare few exceptions, games based on an anime series can be assumed to have one thing in common, and that’s closely following the events of the story it’s based on. Sometimes it starts from the beginning of the series itself and other times it may surround a particularly popular arc in the adventure, but more or less when you pick up a game based on an anime it’s so you can actually interact with the characters and battles you’re already a fan of.

With a format like this, a certain level of confusion is expected for people who play games based on a anime without a familiarity with the anime itself, but this factor is often compensated for with unique and engaging gameplay and a summarized version of events that a player can understand. In many cases, these games which are made for fans wind up creating fans, inspired by the passionate characters and epic-action-melodrama that anime is known for. This is a point of balance which One Piece: Romance Dawn makes little to no effort in creating. As a matter of fact, the narrative was so cobbled together I quickly found myself without any interest in it at all. Ten minutes of voiced-over slides, which would bounce or wiggle to emote some sort of emotional inflection or action, would suddenly result in a boss battle I had the slimmest of contexts for. Entering a new area could result in an animated cut scene just as easily as an enemy ambush with new and essential party members you haven’t even seen. After several hours of this I decided to focus my attention on the gameplay, which, while not terrible, was still a far cry from redeeming.

While One Piece: Romance Dawn is a turn based RPG, it still functions on a 3 dimensional plane that your character can move around in once battle begins. This can be used to position characters who have area attacks that can impact several enemies at once, or flee such abilities when you’re on the receiving end. Also, since many attacks can send foes tumbling, you can juggle enemies by knocking them into the range of your comrades so they spend more energy attacking than closing a gap. This feature has limits though. The further your character moves from where they were at the beginning of the round the more penalties they accumulate over the course of the fight, which can prove fatal quickly since most battles can drag on early in the game causing supplies to vanish. In addition, even though this effective range is marked with colored rings that indicate the handicaps you’ll incur if you cross their boundaries, the stage design itself lacks clearly defined borders. This becomes a big irritation during long boss battles or fights against large groups of enemies when your strategies are thwarted because you find yourself pressing against invisible walls.

No matter how clever your tactics, however, you will still need to do more than your share of grinding if you want to advance in this pirate world. Because of Romance Dawns awkward progression, the difficulty of your encounters can jump unexpectedly (or maybe expectedly, if you bare with it long enough), and it pays to develop your characters when you can. As you complete story missions, random islands will appear across the world map, where you can search for loot, fight other treasure hunters, and hopefully earn more than you lose besting your rivals. Like the rest of this title’s maps these areas are largely vapid mazes, whose numerous entrances are literally marked with signs reading “previous”, “next”, and “boss”. They exist to serve the purpose of leveling your characters and nothing else, and while this utilitarian approach to enemy encounters has been done before, it’s traditionally inserted in between goals to maintain some sort of narrative immersion. Romance Dawn seems to consider story development and character development two separate things, and that may have even been an inspired approach if the presentation was more coherent.

I would dare say the most fun I had with this game was how proud I was when I won a battle despite Romance Dawn’s best efforts to make me not want to try. I would cut, bash, and shoot down ridiculous looking pirates for no other reason than because a disembodied narrator told me it’s what the protagonist, Monkey D. Luffy, wanted to do. I would enter a dungeon levels below what was recommended, spend all my money on recovery items instead of better gear, and when it was all over I imagined how much better this could have been if the designers had actually been trying; Not only trying to make a better game, but making one that didn’t make me want to watch the anime it was based on instead.

One Piece: Romance Dawn probably won’t be the worst anime based RPG you play, but it will certainly be one of the laziest designed. The combat system may be engaging enough for fans who are already familiar enough with the story to know what to expect, but for newcomers this game is a disservice to the fun of the series. Someday, when a better title takes its place, Romance Dawn will have a respectful position for where it all began. But for now, this is just a dud of a game in the box of a collectible import.