Did you know this virtual Zumba Fitness instructor is a real person?  Her name is Tanya Beardsley and in real life she does pretty much exactly what her polygonal doppelganger will be doing in Zoe Mode’s Zumba Fitness Core: pressing people to get themselves in shape though a series of increasingly intense dance workouts.  She’s one of four celebrity instructors returning this fall, and we’ve got the two new additions, a full feature list, and screenshots straight from E3 right here!

I can’t say how well that Wii Remote holster works for tracking high-energy body movement, but based on the many months I’ve spent with the similar system in EA Sports Active 2, at least the concept is sound.  We’ll know for sure when Zumba Fitness Core comes to the Wii and 360 Kinect later this fall. 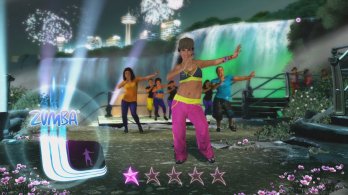 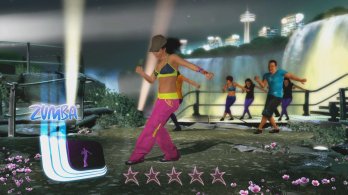 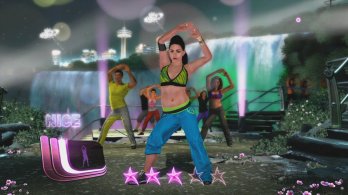 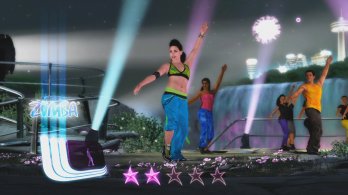