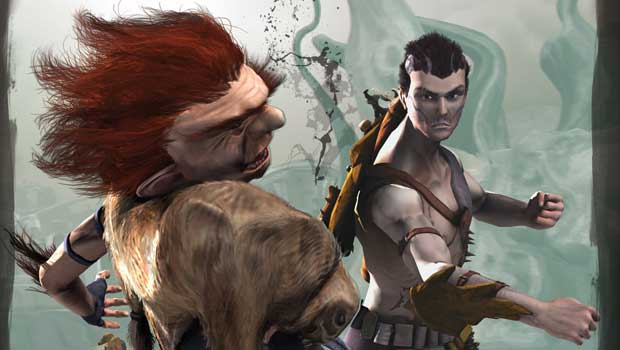 ACE Team releases Zeno Clash 2 to the Xbox Live Arcade, and Playstation Network today. Zeno Clash 2 is an action role playing game that features fist fight brawls in the surrealist stonepunk world: Zenozoik. The sequel focuses on world exploration with much larger environments as compared to the original, and also includes 20 levels available for online co-op. Here’s a little bit about the odd little game:

After a development of over a year and a half, today the chilean company ACE Team releases “Zeno Clash 2” their most ambitious project onto PlayStation Network (PSN) and Xbox LIVE Arcade (XBLA) as digital downloadable titles for $14.99 US Dollars and 1,200 Microsoft Points respectively.

The fourth game developed by the company, this is perhaps the largest undertaking in LatinAmerica because of its scope, based on the world-exploration formula and mixing ?stonepunk? fiction with some RPG elements to give life to the strangely wonderful world of Zenozoik.

Players can play as Ghat or Rimat in online coop exploring more than 20 areas in which they will encounter more than 100 different creatures and will fight intense hand-to-hand combat.

Zeno Clash 2 is available now for $14.99 on the PlayStation Network or 1200 Microsoft point on the Xbox Live Arcade.