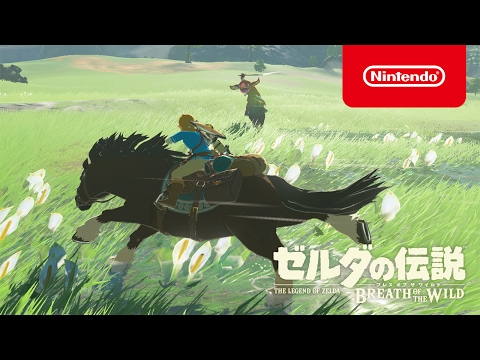 Nintendo has released another TV ad for Zelda: Breath of the Wild, and this one comes with a sliver of new bosses and other gameplay footage.

At around the five-second mark, Link can be seen in a desert locale, riding atop his shield (as he’s been seen doing in some mountainous areas) in the wake of an indiscernible, sand-swimming creature (possibly a new form of Leever?). A much larger, crocodile-esque monster can be seen launching jaws-first from beneath the sand moments after.

Halfway through the video, a massive creature is seen climbing a cliffside with large, fiery claws. With its apparent fire abilities and machina aesthetic, this guy looks quite a lot like the Guardian creatures we first saw in our first glimpse of Breath of the Wild.

Also shown in the trailer are some Bokoblin on horseback, a Cyclopse-type boss, and what appears to be a Lizalfos or upright Dodongo besieging Link with its fire breath.

The Legend of Zelda: Breath of the Wild will be released simultaneously on Switch and Wii U come March 3. Nintendo recently announced two sets of DLC planned for later this year, the second of which will offer an additional dungeon and a new story to go with it.