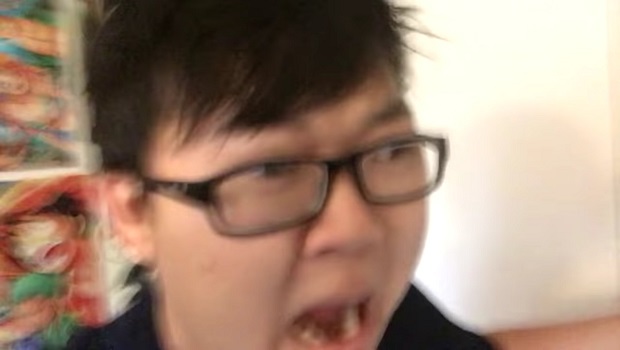 Today, YummyYummyTummy announced that SungWon Cho, otherwise known as Youtube personality ProZD, will voice a character in the upcoming Fallen Legion games. Fallen Legion: Sins of an Empire and Fallen Legion: Flames of Rebellion will be released on PlayStation 4 and PlayStation Vita July 25, respectively.

In Fallen Legion: Flames of Rebellion for PlayStation Vita you control Princess Cecille’s rival, Legatus Laendur, who is leading an army to overthrow the royal family. These stories told on both platforms complement each other to build the rich universe of Fenumia. In this world, you’ll be forced to rule your empire between brutal battles and make gut-wrenching decisions that change the fate of your country and your people. It will be up to you to blackmail a prince to gain a strength buff or tax a starving village to revive one of your characters. Fallen Legion pushes players to make difficult decisions and witness the consequences of their choices.

SungWon Cho will be voicing G’ndarark the Bloodhammer – a merciless orc whose temper is as furious as his hammer. Slow yet extremely powerful, he will send his opponents flying with his Seismic Crush, or strike them down with a shockwave from his ultimate move, Bloodhammer. While he’ll be an adversary in Sins of an Empire, he can be an optional ally in Flames of Rebellion.

Fallen Legion: Sins of an Empire and Fallen Legion: Flames of Rebellion will be released on PlayStation 4 and PlayStation Vita July 25, respectively. For those attending The Evolution Championship Series (EVO), you can check out an exclusive demo with footage that will not be included in the main game from July 14 to 15 in the Las Vegas MIX Indie Showcase Arena. Check out our interview with Fallen Legion director Spencer Yip, and stay tuned for more news here on Gaming Trend.