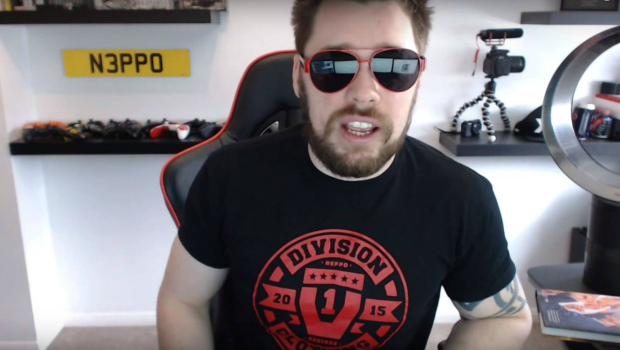 British YouTuber Craig “Nepenthez” Douglas has plead guilty to charges against him for running an illegal Fifa gambling site.

Douglas and his business partner, Dylan Rigby, were prosecuted for promoting video game gambling sites like FUT Shop and MUTCoinTrader — sites that Douglas and Rigby owned without proper disclosure.

The sites promoted gambling and wagering on outcomes of Premier League Fifa matches through the use of virtual currency. Douglas promoted the site on his YouTube channel, evidently encouraging children to participate in the crap shoot. “You don’t have to be 18 for this,” he says in one of his videos, “because this is a virtual currency.”

After pleading guilty to offenses under the 2005 UK Gambling Act, Douglas was ordered to pay fines of £91k, while Rigby was fined £174k. The FUT Galaxy site reportedly made £96k in profits between July 2015 and February 2016.

Following his sentencing, Douglas provided his fans with a statement via Twitter:

I want to thank all of those that have supported me through my journey. I would understand any viewers choice to no longer watch my content. I owe a huge apology and debt of gratitude to my loyal supporters. Even if this is the end of our journey together, I’m grateful.

The UK Gambling Commission later provided a statement of their own regarding the case and others like it:

This was one of the most serious cases that has been investigated and prosecuted by the Commission. Its gravity is reflected in the significant financial penalties imposed by the Judge.

The defendants knew that the site was used by children and that their conduct was illegal but they turned a blind eye in order to achieve substantial profits. The effect on children of online gambling was rightly described by the Court as ‘horrific’ and ‘serious’.

All websites offering gambling facilities in Britain must be licensed; it is the only way in which children and vulnerable people can be protected. This case demonstrates that we will use the full range of our statutory powers to investigate and prosecute individuals and companies who try to operate illegally.

Last year, we saw a similar case involving YouTubers Trevor “TmarTn” Martin and Tom “ProSyndicate” Cassell, both of whom were running and promoting an online gambling site, called CSGO Lottery, without proper disclosure.