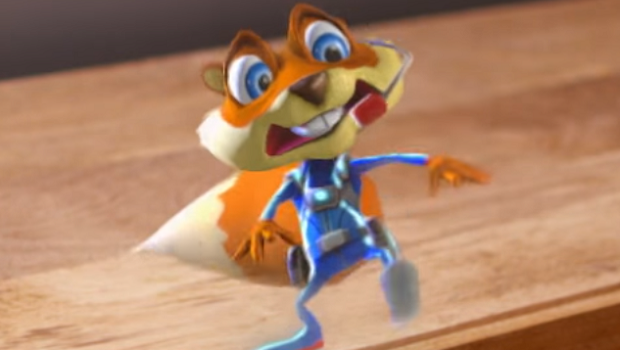 Microsoft has announced a new Conker experience for the HoloLens called Young Conker.

The idea of the tech demo is that a player will be able to make a platformer out of the room in which they’re using Microsoft’s augmented reality technology by controlling Conker as he walks around the room. Young Conker is supposed to adapt to whatever room you’re playing in, allowing Conker to walk on furniture, decorations, and even the wall if there’s nothing else there.

Young Conker is currently available as part of the HoloLens’ development kit, but Conker had another less-traditional appearance as part of an asset pack for Project Spark last year.