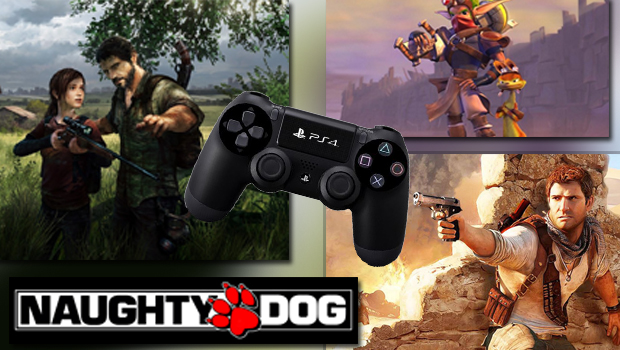 Jak and Daxter, Uncharted, The Last of Us – all great games. But what’s next for the developers that can seemingly do no wrong? According to sources at Naughty Dog, the most exciting times are just ahead.

For the most part it was your basic Q&A session with Cogburn and Richmond fielding questions about breaking into the industry and their favorite game recommendations.

The real meat and potatoes came when one user asked if Uncharted 4 will be coming to the PS4. Cogburn replied, “If I said anything about what we’re doing right now it wouldn’t be exciting. The PS4 is awesome. It gives us the chance to do a lot of things we’ve been talking about for some time. You’ll be in awe when you play it.”

When asked what features of the PS4 they’re most excited about, Richmond said, “More power. More and Faster RAM. Commitment to indies. Commitment to games in general! It’s a killer machine.”

Rumors that the next title would be set in space were recently dispelled by Naughty Dog Co-President, Christophe Balestra, after employees tweeted pics of their visit to the orbital transport company, SPACEX. So at least for now, we can forget about controlling Drake in zero gravity.

It’s still good to know Naughty Dog has no intention of taking it easy and riding the waves of their success. Since the early days of Crash Bandicoot all the way to The Last of Us, things have only gotten better for the gaming company, and it sounds like the best is yet to come.