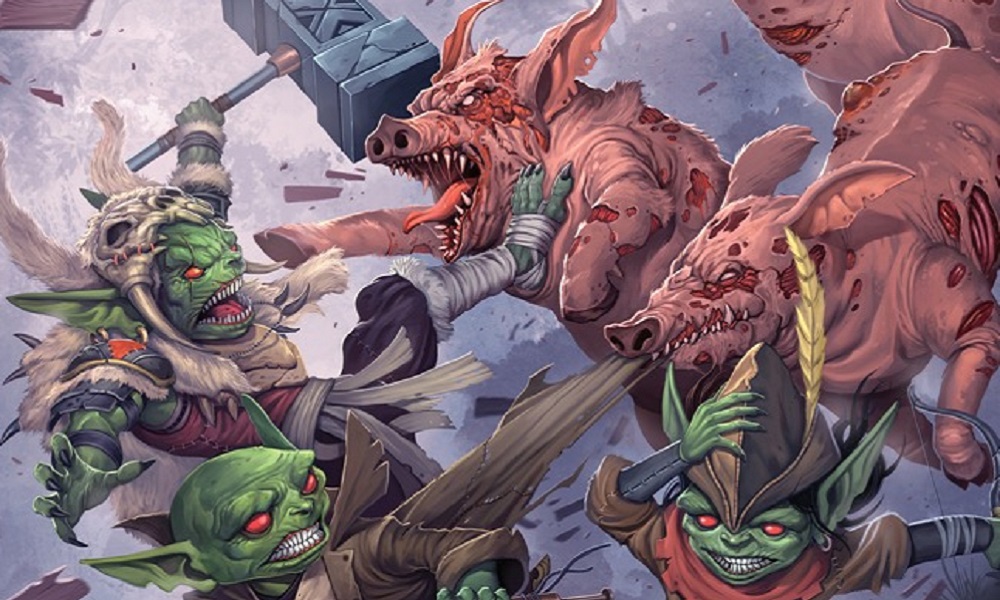 In anticipation of this year’s Free RPG Day this Saturday, Paizo has released its selection for free modules from its Pathfinder, Starfinder, and Pathfinder Card Games. The event is meant to celebrate tabletop gaming by giving dedicated fans some free goodies at local stores nationwide.

Paizo is proud to again sponsor Free RPG Day 2019 and will release the We Be Heroes? and Skitter Crash adventures, plus the Pathfinder Adventure Card Game: We Be Heroes? storybook for free on Saturday, June 15 at participating retail locations. 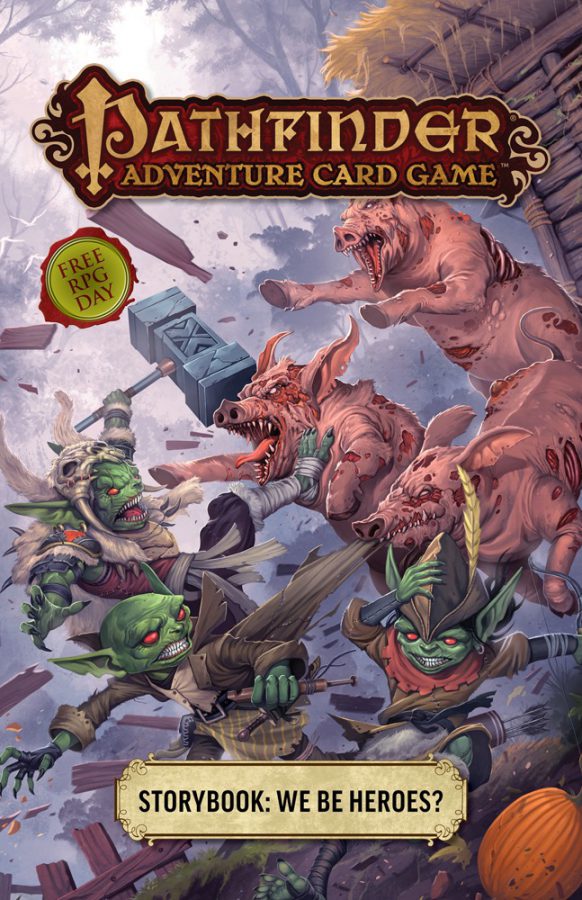 Pathfinder Module: We Be Heroes?

As an undead army pushed forth by the Whispering Tyrant stirs in the Southern Fangwood, driving the local animals to flee in terror, the goblins of the Crookedtoes tribe suddenly find their bellies empty and growling for food. Worse, the tribe’s best scout has gone missing, and the chief has tasked the four brightest members of the Crookedtoes to go out into the woods and find out what happened. While searching for the missing scout, the goblins stumble across a wrecked farmhouse on a hill and discover a group of knights camped nearby. Though the knights have retreated from the undead army menacing the area, they have decided to make one last, desperate stand: an endgame doomed to wipe out both the knights and the Crookedtoes settlement. Now, the four goblins must test their mettle—will they emerge as victorious heroes, or fall to the might of the undead scourge? 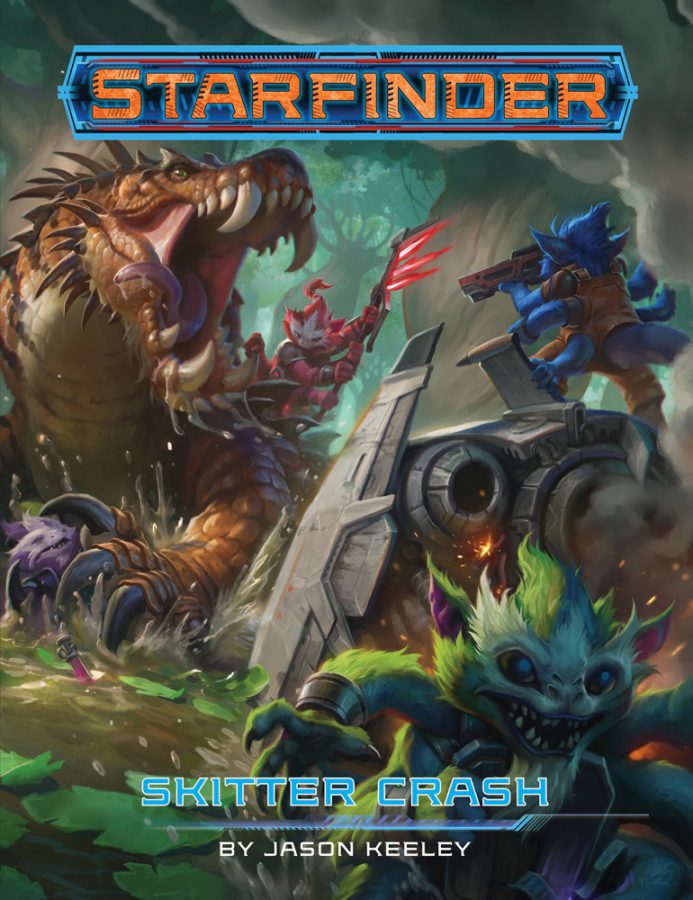 The galaxy’s favorite skittermanders are back and ready to help—but this time, they’re the ones in trouble!

After a successful salvaging mission, the heroes are riding a joyous high aboard their very own starship. However, angry space pirates with a grudge crash the party—and then a bizarre interstellar cyclone engulfs both sides’ vessels and flings them into a strange world’s atmosphere! Thanks to the help of a tiny mining vessel, the skittermanders are able to escape to this swampy planet. Once they take in their boggy surroundings, it’s up to the furry heroes to track down their ship, avoid vengeful enemies, work with the sluglike scholars living in the muck, and find a way off this dangerous planet once and for all!

In addition to this freewheeling adventure, this book includes four pregenerated characters that are ready to play, with full stat blocks and backstories. The inside covers include all of the maps needed for this adventure. Plus, the inside back cover provides some guidance for items our helpful skittermanders might have scavenged from their previous forays!

Skitter Crash is a wild romp of an adventure intended for four 3rd-level skittermander characters who are exploring and trying to escape a swampy world, written for the popular Starfinder Roleplaying Game.

The goblins of the Crookedtoes tribe suddenly find their bellies empty and growling for food. Worse, the tribe’s best scout has gone missing, and the chief has tasked the brightest members of the Crookedtoes to go out into the woods and find out what happened. While searching for the missing scout, the goblins stumble across a wrecked farmhouse on a hill and discover a group of knights besieged by an undead army. Now, the new heroes must test their mettle—will they fall to the mighty zompigs or emerge as victorious heroes?