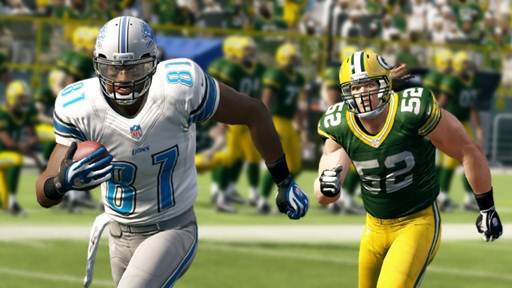 Let’s face it, it’s easy to say that you would have rated some player better than another in Madden.  Since the current consoles can get updates, the team rosters and the player ratings can be updated as necessary.  Now you can help EA determine the Madden ratings by going to their Facebook page.

Today EA SPORTS launched the Madden NFL 13 Ratings Reveal on the official Madden NFL 13 Facebook page. The four-week campaign will allow fans to vote on which NFL players epitomize attributes like speed, elusiveness, hit power and more. The winner of each vote will be the highest-rated player for that attribute at their position in Madden NFL 13.

Voting begins today as fans can determine which NFL quarterback is the fastest in the league. The rest of the week will see fans voting on other attributes such as throw power, accuracy and awareness. Subsequent weeks will focus on running backs, wide receivers and defenders, with the winners in each category announced every Friday.

Want to get your input in for quarterbacks?  Then check out the Facebook page now.  Check out the rest of the schedule in the Press Release below.