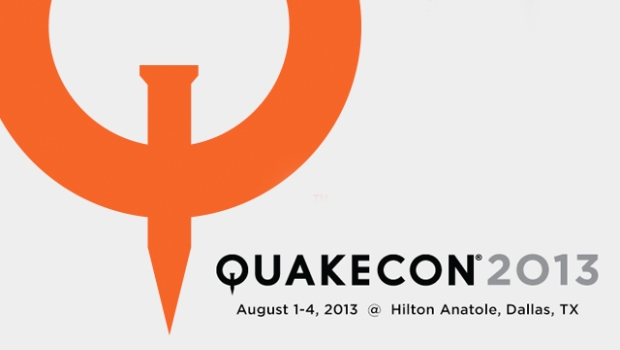 You wouldn’t download a CAR would you?!  Yea, of course you would!   Well, until tech catches up, you can’t do that – but you can win one!   Ventrillo and Quakecon 2013 are teaming up to give away not one but two Ford Focus STs valued at $29,000 each!  Here’s a nibble about the “Ultimate Power Up” sweepstakes, the car, and how you can win one:

Ventrilo, the premier group voice communication program used in tournaments and multiplayer games, is sponsoring QuakeCon 2013’s sixth annual “Ultimate Power Up Sweepstakes.” As part of the sweepstakes, two lucky winners will receive a 2013 Ford Focus ST with the ST3 option package, valued at more than $29,000 each. QuakeCon, which is free to the public, will be held at the Hilton Anatole Hotel from August 1- 4, 2013.

The 2013 Ford Focus ST with the ST3 option package comes equipped with a 6-speed transmission, 252 horsepower engine with a full tech package including heated leather seats, HID headlamps, 8” navigation system, push button start and Ford SYNC technology. The two Ford Focus STs, one in Performance Blue and the other in Race Red, will be on display in the main exhibition area throughout the event.

The winner of The Ultimate Power Up will be randomly selected at 9:30pm CST on Saturday, August 3rd as part of the tournament finals event on the QuakeCon main stage.  A total of 100 coveted tickets for both 2013 Ford Focus STs will be awarded to attendees throughout each day of the show through QuakeCon contests, random drawings, and other events.

If you’d like to pre-register for QuakeCon you can do that right here.  If you’ve read this far and don’t know what QuakeCon is, you likely are pretty young and don’t own a gaming PC.   Let me help you out…

Often described as the “Woodstock of Gaming,” QuakeCon is a four-day, non-stop celebration of games and the people who play them. Free to all and open to the public, QuakeCon 2013 will feature North America’s largest Bring-Your-Own-Computer (BYOC) LAN party for nearly 3,000 people, drawings and contests with big cash prizes, exhibits with the latest games and hardware, and non-stop entertainment, parties and events. First created in 1996 by a group of friends on IRC and now going into its 18th year, QuakeCon remains true to its original mission as an event created by gamers, for gamers. Sponsored by id Software and other industry-leading software and hardware manufacturers, QuakeCon continues to be run by a dedicated group of volunteers, including an executive team with more than 75 years of combined experience producing the event. Over 7,600 people attended QuakeCon 2012.

Hit the official page for all the rules and details.