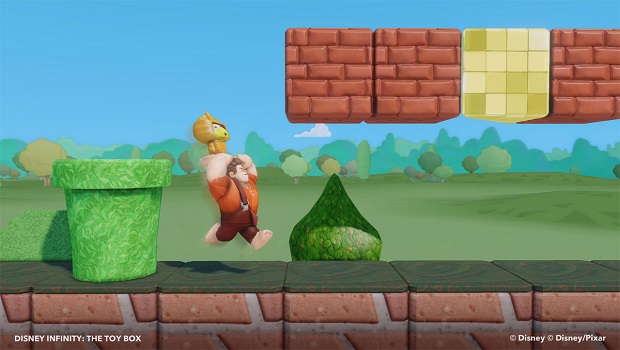 Disney Infinity is not only shaping up to be one of the biggest cash cows ever — what with all of the different figurines and playsets they’re rolling out at launch — but it’s also looking like it’s going to feature an incredibly robust game creation system, if these videos Disney Interactive sent over are any indication.

Equal parts Skylanders and Little Big Planet, Disney Infinity will allow players to collect physical toys and play with them in the virtual world. Each Playset has their own set of adventures, but it’s the Toy Box that seems like the real star here. The two videos below show off both the ability to create a huge assortment of different games, from sports to Super Mario inspired platformers (watch around the 50 second mark in the Game Creation trailer), as well as the ability to mix and match characters from different universes into one world.

Check out these videos and screenshots below, and say goodbye to your wallet when Disney Infinity comes to virtually every platform under the sun on August 18th.