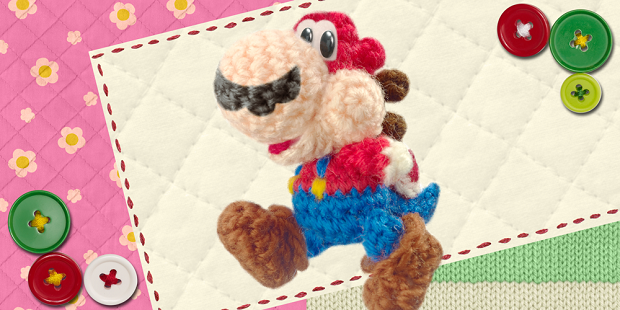 The video shows yarn Yoshis interacting with Mario, Link, and Donkey Kong Amiibo, each changing the pattern to look similar to the character of the figure. No other transformations were shown, but plenty of other Amiibo were shown at the end of the video, which implies that this functionality will work across several figures.

Yoshi’s Woolly World is coming to Wii U later this year.