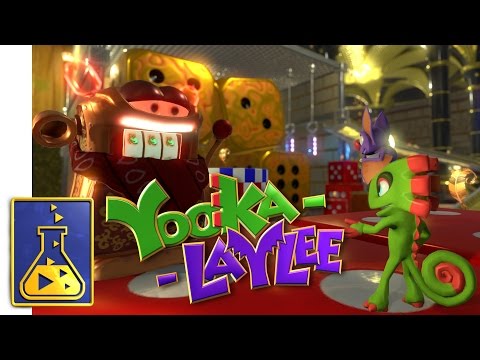 Playtonic Games announced today that Yooka-Laylee will be released on April 11, 2017, though it will not be coming to Wii U.

Making the announcement in a press release, Playtonic explains that the Wii U version of the Banjo-Kazooie spiritual successor was cancelled due to “unforseen technical issues.” The team is now looking to Nintendo’s next console, the Switch.

We can…confirm the exciting news that we are now working very closely with Nintendo to look to bring Yooka-Laylee to the upcoming Nintendo Switch. We’re looking forward to exploring the opportunity and will have more details to share early next year.

Kickstarter Backers of the Wii U version of Yooka-Laylee will be able to move their pledge to any other version available on April 11, or they may wait and upgrade to the Switch version at a later date.

Yooka-Laylee will still be coming to PS4, Xbox One, PC, Mac, and Linux this April.