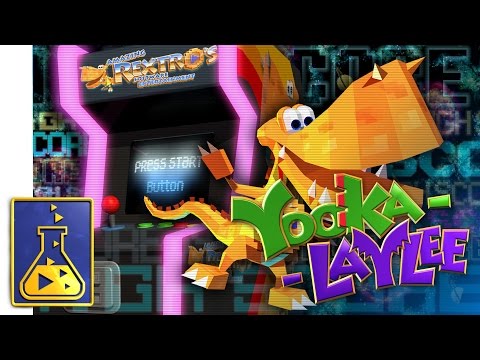 The trailer boasts eight 4-player game modes set in the polygonal Rextro’s Arcade. Each game mode can be played alone (for high-score hunting) or with up to three additional players. Some of these games include: Blag the Flag (Yooka-Laylee capture the flag) and Gun-let Run (an auto-running shoot’em-up).

The trailer also playfully hints — either as a joke or a tentative suggestion — at the possibility of a future crowdfunded project for a self-contained Rextro Arcade game.

Yooka-Laylee is scheduled for release on PS4, Xbox One, PC, Mac, and Linux on April 11, 2017. Playtonic Games recently announced that a Wii U version of the game had been canceled, though a Nintendo Switch version is a possibility.