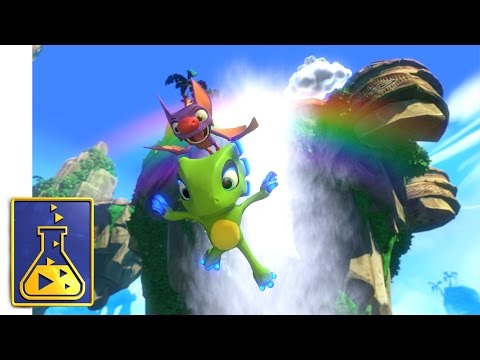 Yooka-Laylee, the spiritual successor to Banjo-Kazooie, has been given its first official trailer.

The first game from new studio Playtonic Games, made up primarily of former Rare staff, launched a Kickstarter campaign in 2015. Designed as a spiritual successor to Banjo-Kazooie, Yooka-Laylee aims to bring the platforming genre back to its collect-a-thon roots.

The trailer also shows a new release window of Q1 2017. Delayed from its original planned release date of October 2016, Playtonic says the delay is to add a little extra polish.

We’ve made the difficult decision to lock the release of Yooka-Laylee to Q1 2017. While we felt confident we could ship the game in October as originally planned, the team has decided that it would like to add a few extra months’ polish to our schedule.

Ultimately, this will allow us to release a better game to the thousands of fans who’ve supported us throughout development.

For more on Yooka-Laylee, stay tuned to Gaming Trend as the game makes its E3 debut next week.