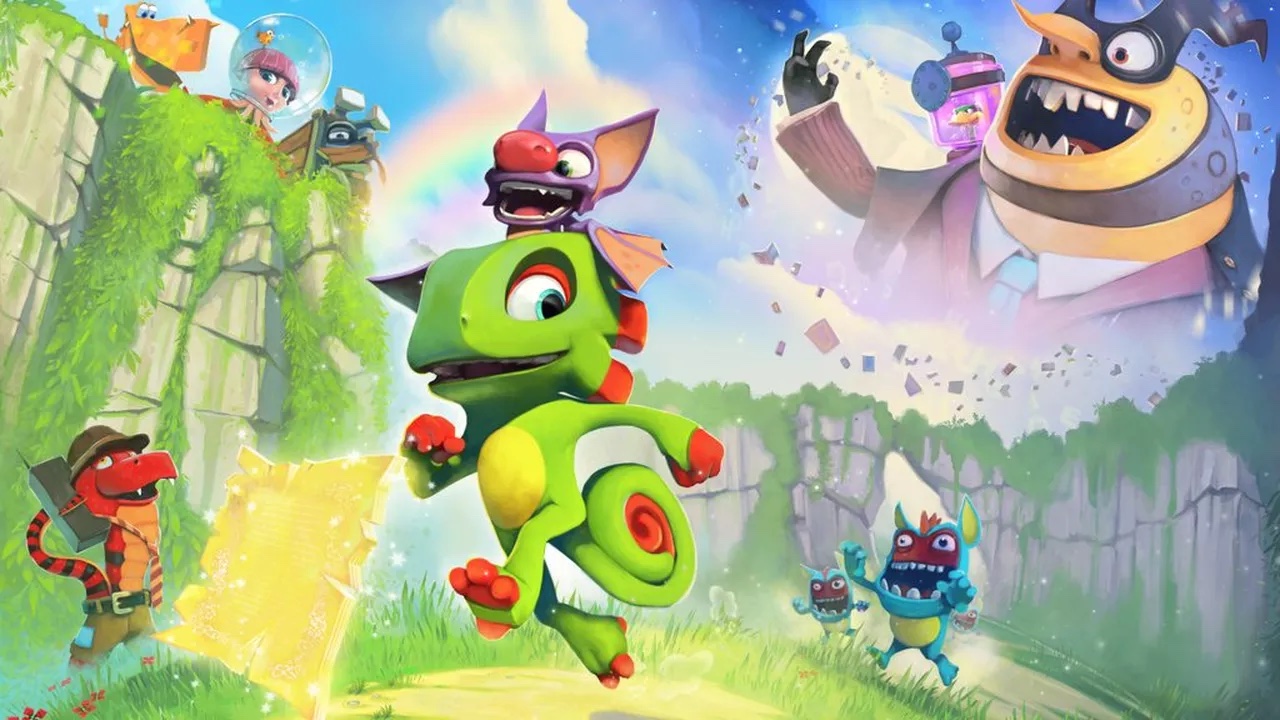 In an interview posted on the PlayStation blog, several developers from Playtonic spoke about how collectibles will function in Yooka-Laylee.

“We want to capture the good things about collect-athons from the past and avoid the tedium,” said Andy Robinson, Playtonic’s writer and comms director. “Every collectible [in Yooka-Laylee] has meaningful impact on gameplay.”

While past 3D platformers like Banjo-Kazooie and Donkey Kong 64 featured collect-athons which had little impact on gameplay, Robinson describes Yooka-Laylee’s collectibles as imperative to various game elements like power-ups, environments, and unlockable areas. Quills can be exchanged for new platforming moves and abilities, while Pagies are collected to unlock new playable areas. We saw many of these mechanics and more at E3 during our hands-off demo.

Grant Kirkhope, one of several ex-Rare developers working on Yooka-Laylee, expressed the Playtonic team’s want for delivering a new and fresh experience for their fans and their backers.

“It would be easy for us to just go into autopilot when making the game, so we’re very conscious about that,” said Kirkhope. “That said, there’s not much out there that looks like Yooka-Laylee right now, which is weird because back in the ’90s there were tons of 3D platformers.”

Yooka-Laylee is a spiritual successor to Banjo Kazooie currently in development, after being backed by more than 80,000 backers on Kickstarter in May 2015. It reached its goal of $270,000 in less than forty minutes, and was the fastest game in Kickstarter history to reach $1 million. After being delayed earlier this year, it is currently windowed for an early 2017 release.