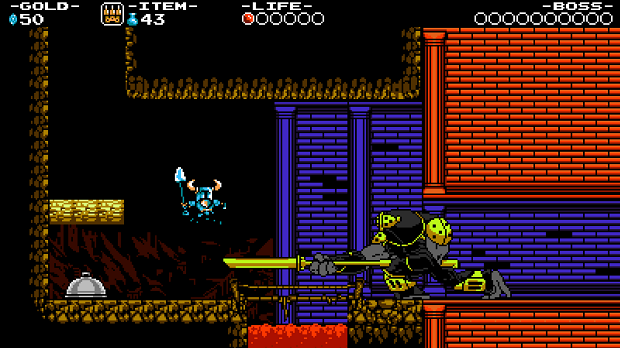 The creators of the hit 2D platformer Shovel Knight have published a retail update with official information about the game’s physical release.

The definitive release date is November 3 for North America and October 30 for Europe. They don’t have any info yet about the release date for the Shovel Knight amiibo, but they’re doing their best to figure it out and will post an update when they do.

Fans may be dismayed to hear that the Xbox One version of Shovel Knight has been canceled, due to publishing policies beyond their control. However, the Vita version is still in the works. It won’t be available in time for the holiday season, but it is on the horizon.

The price of the physical version has been raised to $24.99. It’s the same for the PS4, Wii U, and 3DS versions. They wanted to keep it at the original price of $19.99, but many retailers they’re dealing with have rules about game placement based on price, and they didn’t want Shovel Knight relegated to the bargain bin. However, for anyone who preordered a physical copy, the $19.99 price will be honored.

Finally, every physical version will include a free high quality download of the Shovel Knight’s soundtrack. This gives players an alternative to Bandcamp for acquiring the game’s music.