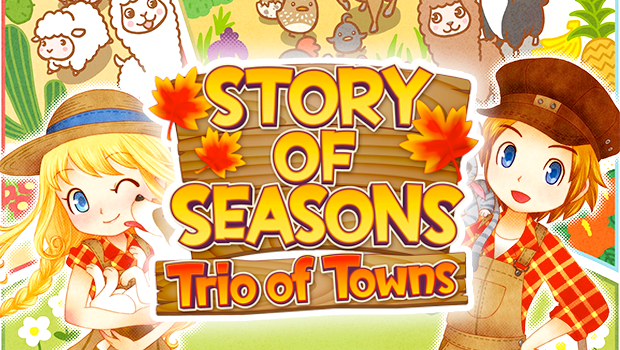 XSEED Games, which is now handling the localization for the Bokujō Monogatari games, reached out to fans through via social media to request player feedback about downloadable content (DLC) for Trio of Towns. As explained on their Tumblr, The Japanese release of Trio of Towns is the first Boku game to receive post-launch DLC, which was distributed free of charge in Japan. The content, released in four different patches, includes new marriage candidates, special events, and additional dialogue. At over 200,000 Japanese characters, it is comparable in size to some length games.

XSEED will be unable to distribute these patches free of charge, due to the time and effort required to translate and localize so much material. They are requesting players make their voices heard regarding the DLC, and if they would be willing to purchase this content for an additional fee. You can learn more abou the Trio of Towns DLC and share your opinion at their Tumblr, Facebook, and Twitter.

The DLC introduces The Performer, with all new illustrations by guest artists

Story of Seasons is the new title for the Western releases of the Bokujō Monogatari games, the studio which created Harvest Moon: Friends of Mineral Town. Story of Seasons: Trio of Towns is the second Story of Seasons title, and will be released in North America on February 28th for the Nintendo 3DS.