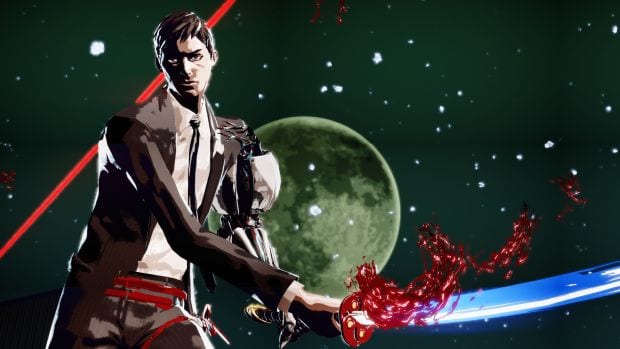 XSEED Games has been killing it the past few weeks. First, an announcement that they will be bringing the hugely anticipated Wii action-RPG Pandora’s Tower to the US this March, and now they’ve partnered with Suda 51 (Killer 7, No More Heroes) to bring his latest crazy, hyperviolent Japanese action game Killer Is Dead to North American shores in 2013 for Xbox 360 and PS3. What exactly is Killer Is Dead about? How about I let XSEED do the talking here:

Created by game legend SUDA51, this highly anticipated original game is set in a not-so-distant future similar to (but not the same as) the world we know now. The player takes control of an executioner named Mondo Zappa who wields a Japanese sword in his right hand and brandishes interchangeable weapons in his left artificial arm. His ultimate goal is to execute various heinous criminals scattered around the world and beyond.

Sounds nuts — which is par for the course for any game with Suda 51’s name on it. Along with Killer Is Dead, XSEED Games will also be publishing Rune Factory 4 (3DS), Valhalla Knights 3 (Vita), Ys: Memories of Celceta (Vita), and Ys 1 & 2 Chronicles+ (PC/Steam). 2013’s going to be a busy year for XSEED. Good on ’em.