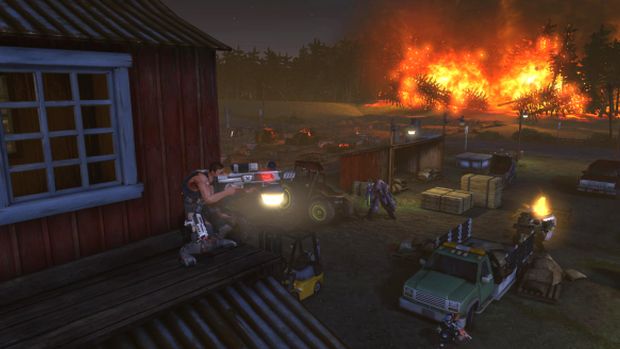 While The Bureau: XCOM Declassified’s quality has been a bit questioned (look for our review coming soon!),one game that was without a shadow of a doubt one of the best games of last year was XCOM: Enemy Unknown. Enemy Unknown was developed by the geniuses over at Firaxis and due to the games rampant success, they’ve decided to create an expansion called “Enemy Within.” Not a whole lot has been known on the expansion, that is up until today when Firaxis and 2K released a ton of news regarding the upcoming release.

“XCOM: Enemy Within takes the incredible experience from XCOM: Enemy Unknown and adds an array of new abilities, upgrades, and weapons to combat new enemy threats. The expansion also provides players with all-new maps, tactical and strategic gameplay, and multiplayer content. There is no better way to experience XCOM than with the massive amount of new content added in XCOM: Enemy Within. Fans will experience an additional three to four playthroughs on average before encountering all of the new material included in XCOM: Enemy Within, providing nearly limitless replayability.”

They then detailed the “array of new abilities, upgrades, and weapons.”

Key features for XCOM: Enemy Within will include:

So while it doesn’t promise a new story, it does promise a whole load of new features for us to dive into. To be honest, the story clearly was not the best part about Enemy Unknown so simply adding new features, as long as they’re expansive features, seems like a good idea. Here are some quotes from Firaxis taken from the announcement press release for these details.

“We promised gamers that we would deliver the same Enemy Unknown experience on both PC and console last fall, and we’re doing it again with Enemy Within,” said Ananda Gupta, lead designer at Firaxis Games. “The Commander Edition of XCOM: Enemy Within expands the already amazing XCOM experience for our console fans who are looking forward to even more of the game they love. It’s also a great point of entry for new fans just joining the XCOM fight.”

Below you can find a trailer for this expansion and multiple new screenshots. Color me excited! XCOM: Enemy Within comes out on PC for $29.99 while the  Xbox 360 and PS3 versions will cost $39.99. It will release on November 12th in North America and November 15th internationally.