Today 2K Games announced their official release date for the upcoming iOS port of XCOM: Enemy Unknown. It seems Enemy Unknown will be hitting our tablets and phones in a mere three days, on June 20th. Enemy Unknown was one of the best games released in 2012 so it’s going to be interesting to see how highly regarded developer Firaxis executes upon this iOS version.

What does the Gaming Trend community say about this? Are you guys willing to pay $20 for a mobile version of XCOM or are you more likely to save your hard earned dollars for one of the many great games we saw at E3 this past week? 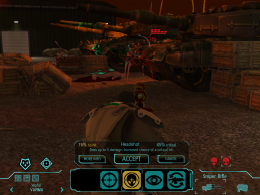